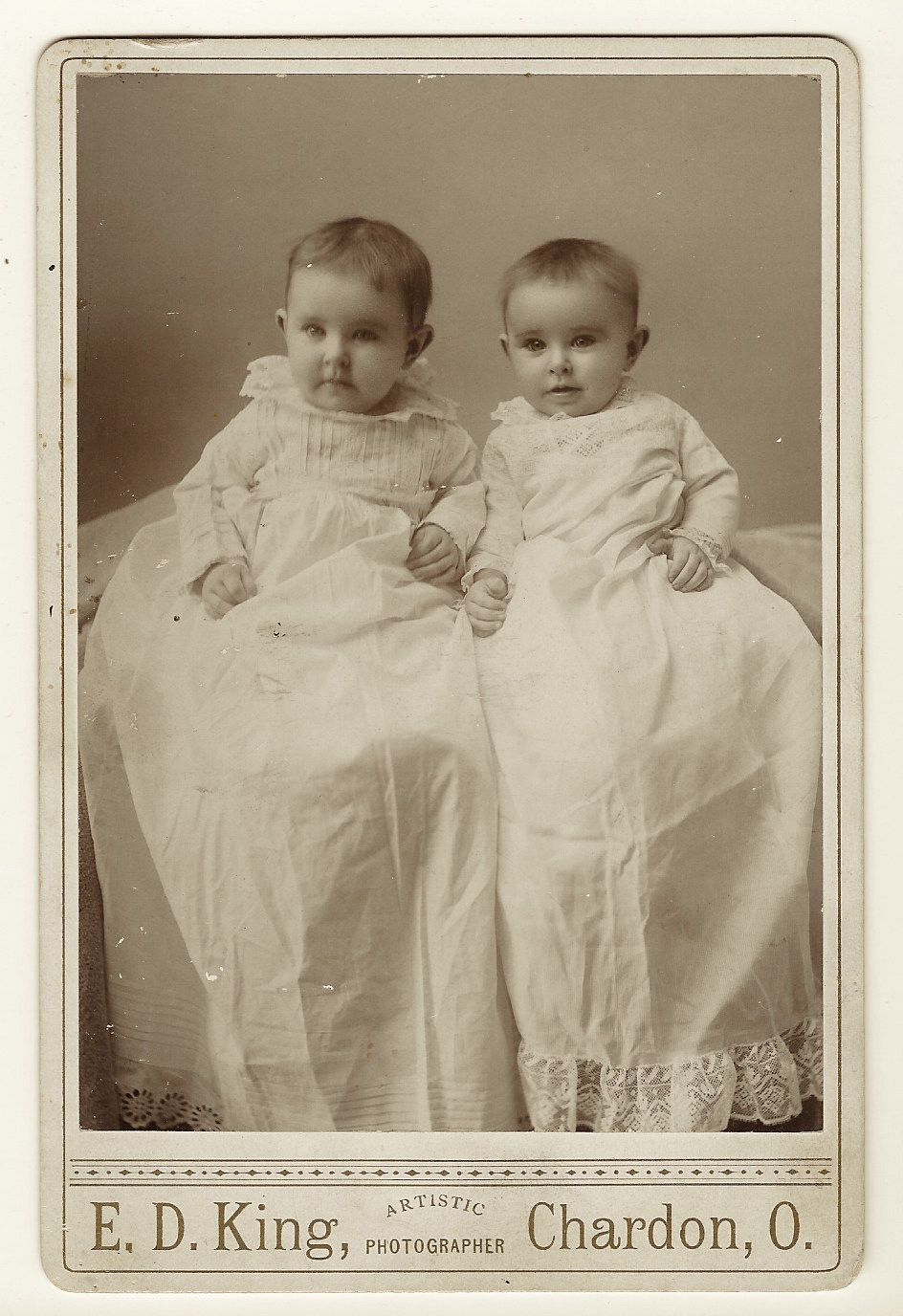 An inscription on the reverse of the image identifies the girls as “Mary’s Twins”, Edith and Edna McNaughton. The photographer of this cabinet card is E. D. King who operated a studio in Chardon, Ohio. King’s studio was on the Randall Block in Chardon between 1885 and 1895. Research successfully uncovered some information about the twins. The girls were born to William McNaughton and Mary E. Grant McNaughton on 2/27/1891 in Claridon, Ohio. First, here are some details about Edith Emerretta McNaughton (1891-1952). The 1900 US census reveals that the twins had three older siblings. The 1910 US census finds that the twins had a younger sister named Ruth (age 15). Their father, William (age 69) worked as a blacksmith in his own business. Their mother Mary (age 53) was not employed. Edith completed high school and at age 22 married Hans Max Wilkens (1877-1938). Edith had two daughters with her husband. She was living in Cleveland Heights, Ohio at the time of her death from breast cancer. She is buried in Chardon Cemetery. Edith’s occupation prior to her death is listed as “parking lot operator”. Here is some information about Edna Marietta McNaughton (1891-1964). She graduated high school and married David Elmer Shanower in 1913. The 1930 US census finds her living in Mentor, Ohio with her husband and five sons. The 1940 US census discloses that her husband worked as a truck driver and salesman. Edith is buried in Mentor, Ohio.