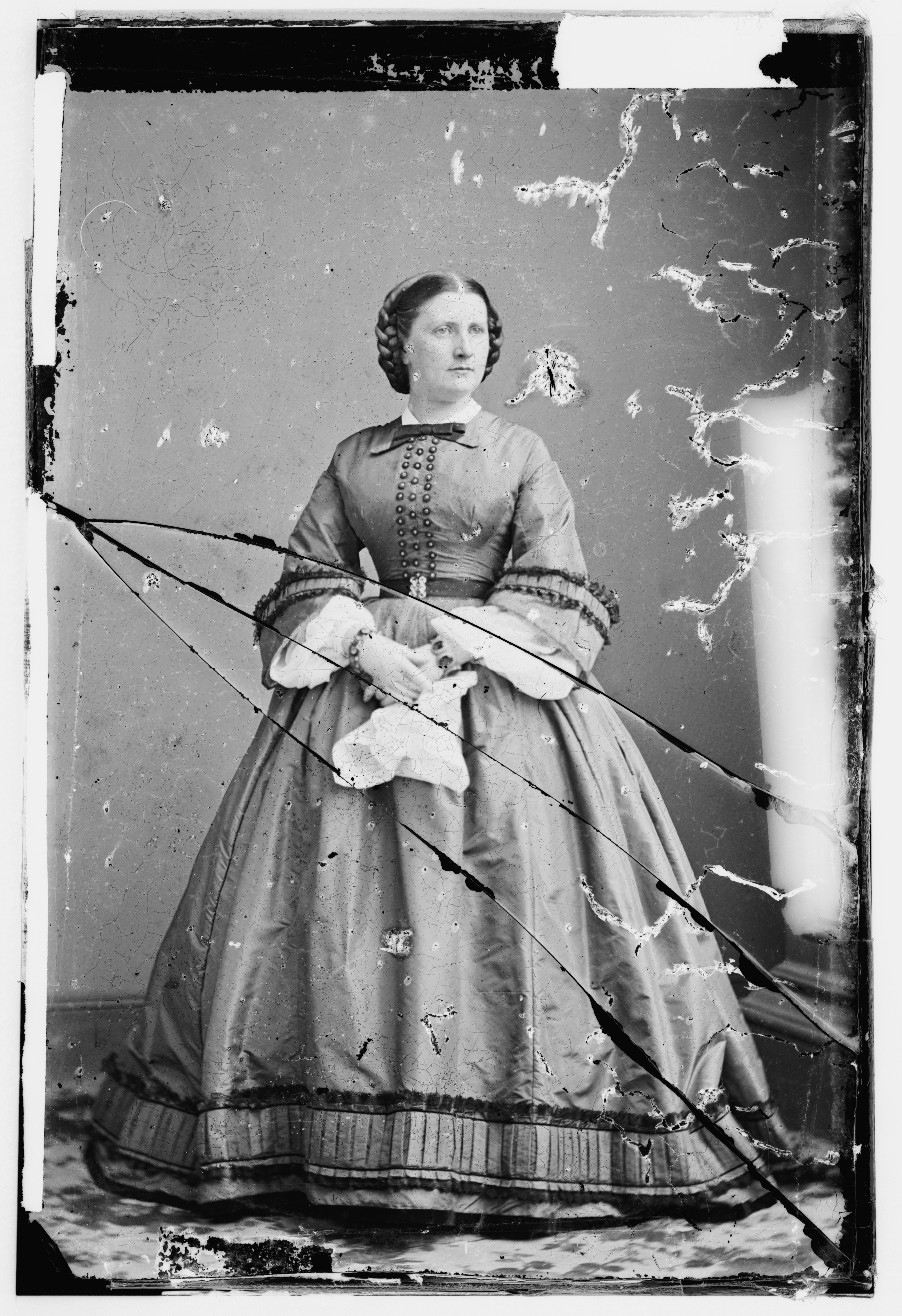 Harriet Rebecca Lane Johnston (May 9, 1830 – July 3, 1903), acted as First Lady of the United States during the presidency of her uncle, lifelong bachelor James Buchanan, from 1857 to 1861. Lane is among at least thirteen women who have served as First Lady but were not married to the President, with most of the other women being relatives of widowed presidents.

The capital welcomed its new “Democratic Queen” to the White House in 1857. Harriet was a popular hostess during the four years of the Buchanan presidency. Women copied her hair and clothing styles (especially when she lowered the neckline on her inaugural gown by 2.5 inches), parents named their daughters for her, and a popular song (“Listen to the Mockingbird“) was dedicated to her. The presidential yacht was named for her—the first of several ships to be named for her, one of which is still in service today.

As sectional tensions increased, she worked out seating arrangements for her weekly formal dinner parties with special care, to give dignitaries their proper precedence and still keep political foes apart. Her tact did not falter, but her task became impossible—as did her uncle’s. Seven states had seceded by the time Buchanan retired from office and returned with his niece to his spacious country home, Wheatland, near Lancaster, Pennsylvania.
Lane considered the advantages of a number of bachelors. Her uncle cautioned Lane against “rushing precipitately into matrimonial connections” as his ward found her potential suitors “pleasant but dreadfully troublesome”. Lane eventually married a Baltimore banker called Henry Elliott Johnston at the age of 36. They had two sons but within 18 years her uncle, her husband, and her children died.

Harriet Lane Johnston lived in the capital. She had an art collection based on European works which she left to the US government. The Smithsonian Institution called her the “First Lady of the National Collection of Fine Arts” after her collection was accepted into public ownership.

In addition, she dedicated a generous sum to endow a home for invalid children at the Johns Hopkins Hospital in Baltimore, Maryland. It became a renowned pediatric facility; the Harriet Lane Outpatient Clinics serve thousands of children today, and the widely used manual for pediatric house officers, The Harriet Lane Handbook, bears her name.

Harriet wrote her will in 1895 and lived another eight years, during which the country’s general prosperity greatly increased the value of her estate. She added a codicil in 1899 directing that a school building be constructed on the grounds of the Washington National Cathedral property and asked that it be called the Lane-Johnston Building “to the end that the family names of my husband and myself may be associated with the bequest made in loving memory of our sons.” A codicil of 1903 increased her gift by one third but said that only half the total was to be spent on the building. The remainder was “specially to provide for the free maintenance, education and training of choirboys, primarily those in service of the Cathedral.” This bequest founded the prestigious boys’ school that today is called St. Albans School, which opened in October 1909.

At Harriet Lane Johnston’s funeral, services were conducted by Bishop Satterlee and Canon DeVries of the Washington National Cathedral. She was buried in Green Mount Cemetery, Baltimore, Maryland, her grave marked with a Celtic cross like the Peace Cross on the cathedral close. In 1905, guests were summoned to see the cornerstone of the first St. Albans School building, laid for what the invitation referred to as “The Lane Johnston Choir School for Boys of the Washington Cathedral”.