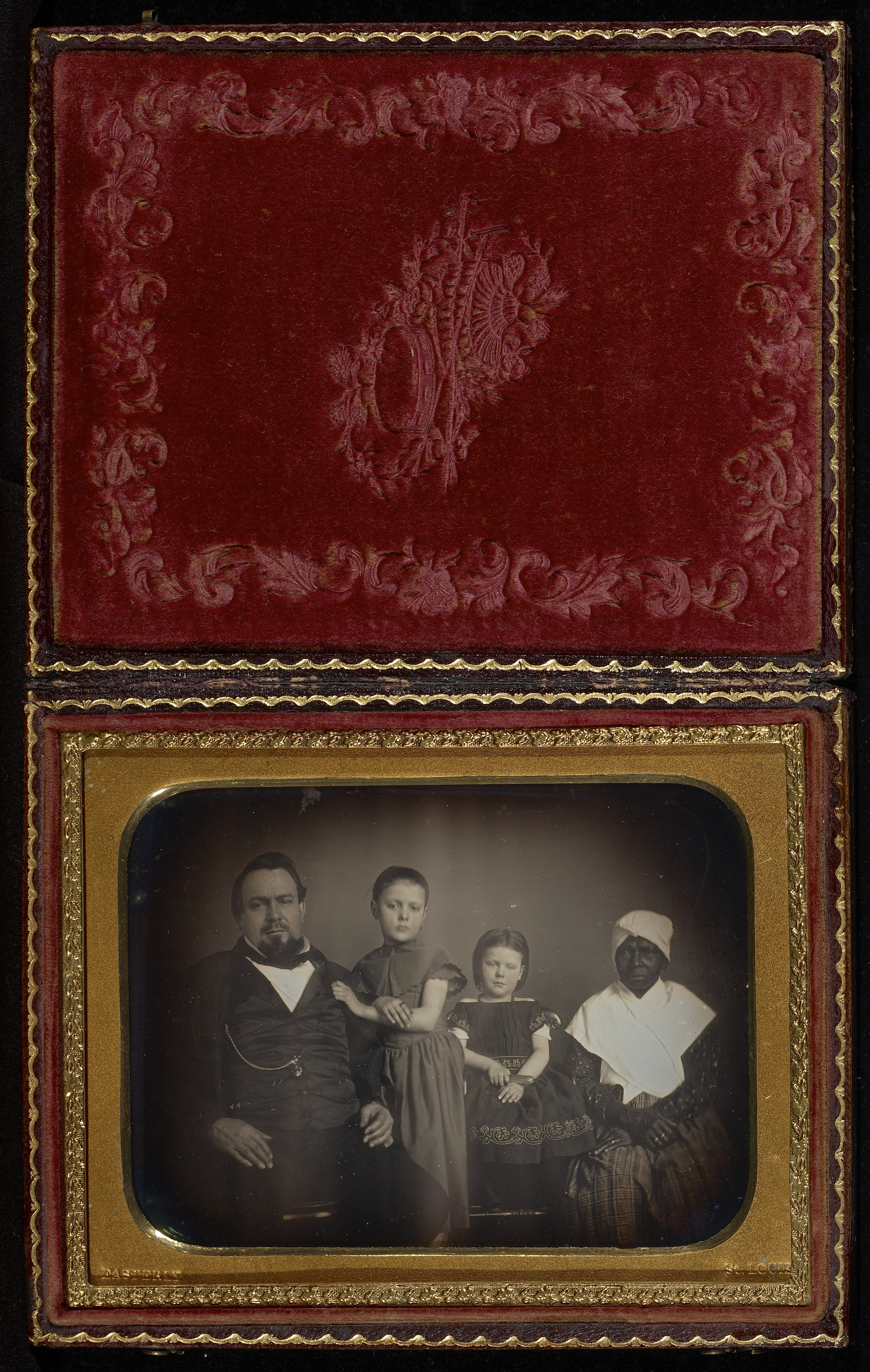 This somber image is as important for what it leaves out as for what it shows. The conspicuous absence of the man’s wife and the children’s mother and the inclusion of the elderly mammy suggest the latter’s role as caregiver to the family and hence her inclusion in the family portrait.

Despite the responsibility of her position, this woman was probably a slave. Her emotional separation from the family is emphasized in the group’s body language: the girls lean toward their corpulent father, while the small, old woman sits just beside the small child’s chair, her crossed hands in her lap revealing multiple rings that hint at familial connections of her own.

A sometime calligrapher and writing teacher, Vermont-born Thomas Easterly learned the daguerreotype process in New York between 1841 and 1844, possibly from Charles and Richard Meade. In 1844 Easterly sailed from New York City to New Orleans, where he made photographs before returning to Vermont the following year. He did not remain for long: by October, he had entered into a daguerreotype studio partnership in Iowa. He and his partner operated as traveling photographers working throughout Iowa and Missouri for several years. Some scholars have credited Easterly with making the first photographs of Plains Indians.

After the dissolution of the partnership, Easterly moved to Saint Louis and took over a studio in 1848. He had a successful career for ten years, but his loyalty to the daguerreotype process after the introduction of the ambrotype, tintype, and paper photograph processes caused his business to falter. By 1860 Easterly had begun to sell farm implements in addition to continuing his daguerreotype practice.