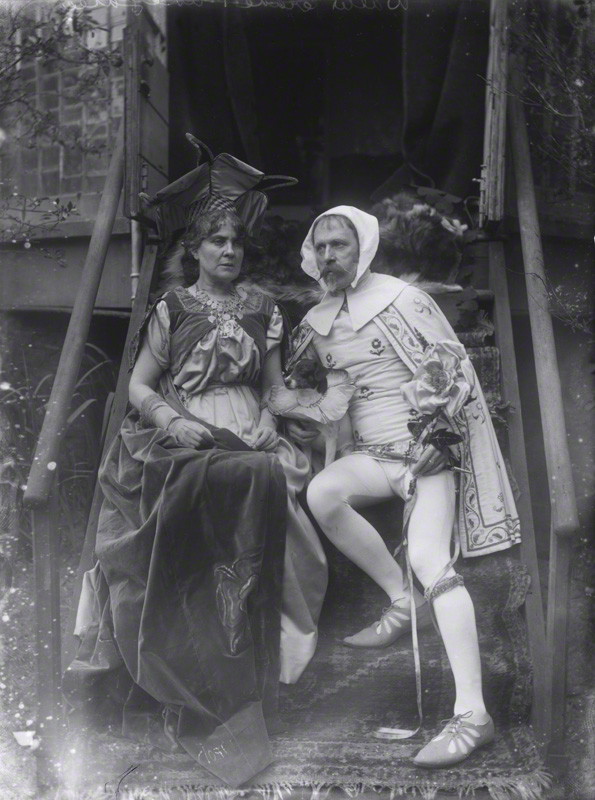 The actor, Henry Irving, commissioned Crane to capture the effect of his tableau vivant, which he based on Sir Frederick Leighton’s famous painting Cimabue’s Madonna carried through Florence (1853-5). Crane recalled he had played the thirteenth-century Florentine painter Cimabue ‘in the white costume in which Leighton painted him’. The resulting watercolour, The Apotheosis of Italian Art (1885) reprised the tableau, featuring Crane’s wife as Laura, the poet Petrarch’s beloved, and their son Lionel as the painter Giotto. These nostalgic photographs, taken in a private setting around 1897 by Sir Emery Walker, another key figure in the Arts and Crafts movement, paid homage to the earlier masquerade.