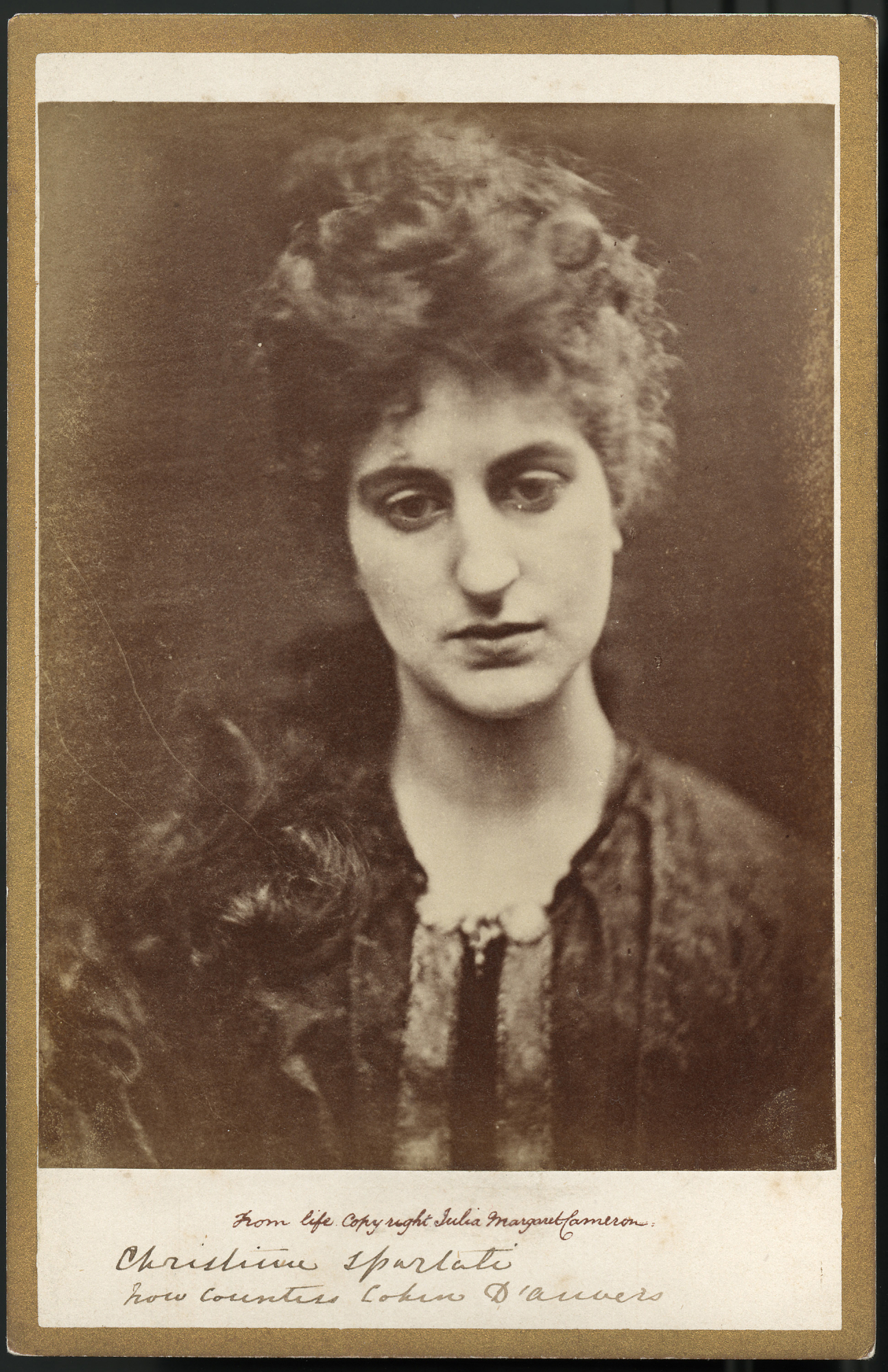 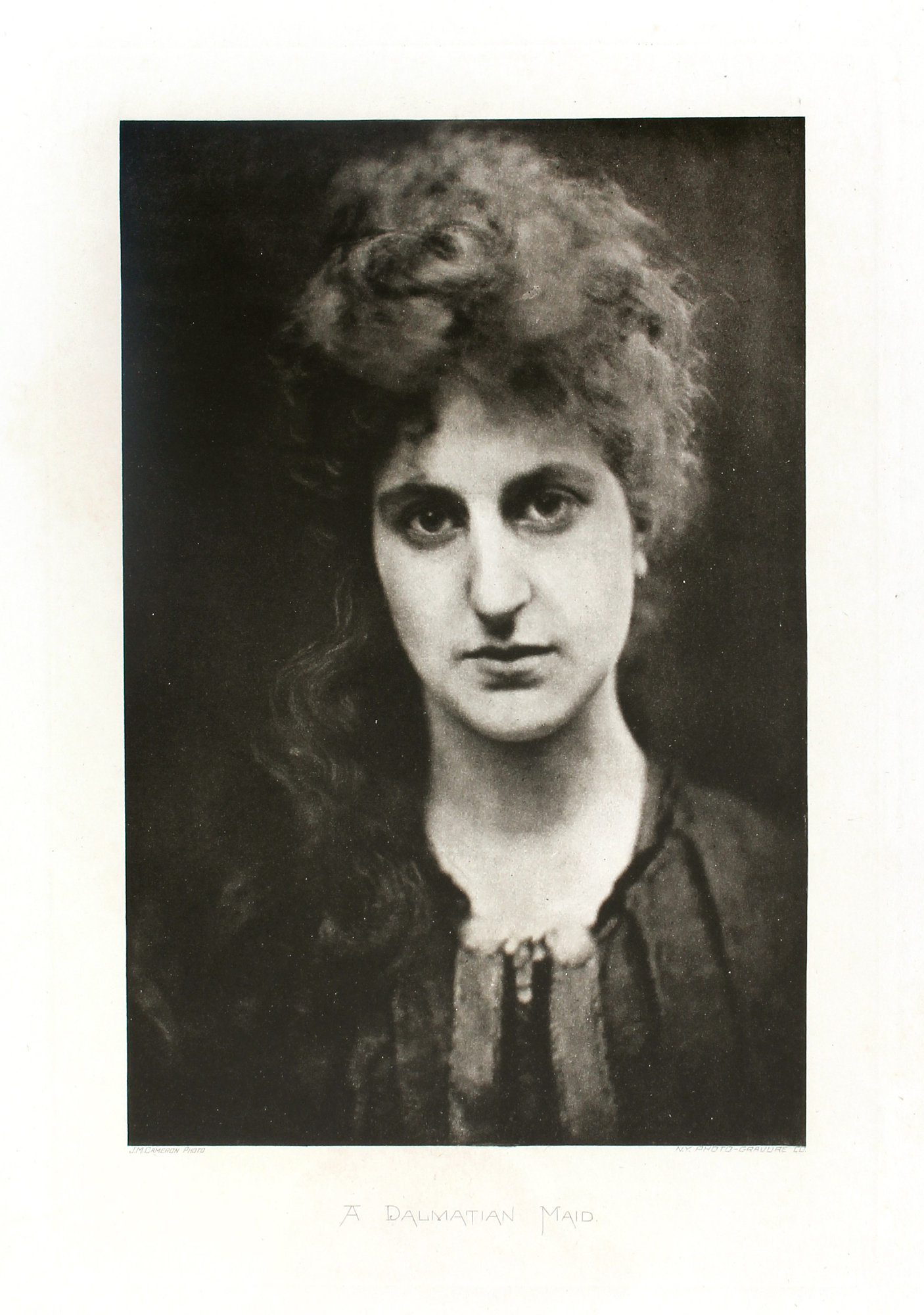 Christina Spartali, second daughter of Michael Spartali and Euphrosyne Varsini Spartali, was born in Middlesex, England, in the mid to late 1840s. Her father, a prosperous cotton merchant who resided in London, became Consul-General for Greece in 1866. From 1864, the family lived in London at “The Shrubbery” in Clapham Common, and through their relatives the Ionides, prominent patrons of the arts, became acquainted with members of the contemporary art world, including James McNeill Whistler. Julia Margaret Cameron was the Spartalis’ neighbor at Sandford, the family’s estate on the Isle of Wight. Christina and her sister Marie were extraordinarily well-educated for women of their generation, but they were equally well-known for their beauty. Marie Spartali was an artist who publicly exhibited her work until the end of her life, but she remains better known as a model for Dante Gabriel Rossetti and other Victorian artists. Christina, who pursued no profession, is remembered for only one work, Whistler’s “La Princesse du pays de la porcelain” (see my other post here), for which she posed in 1864-1865. Although “La Princesse” was not intended as a portrait, Whistler exhibited it in 1892 as “Portrait of Miss S.—,” confident that his contemporaries would recognize the reference.