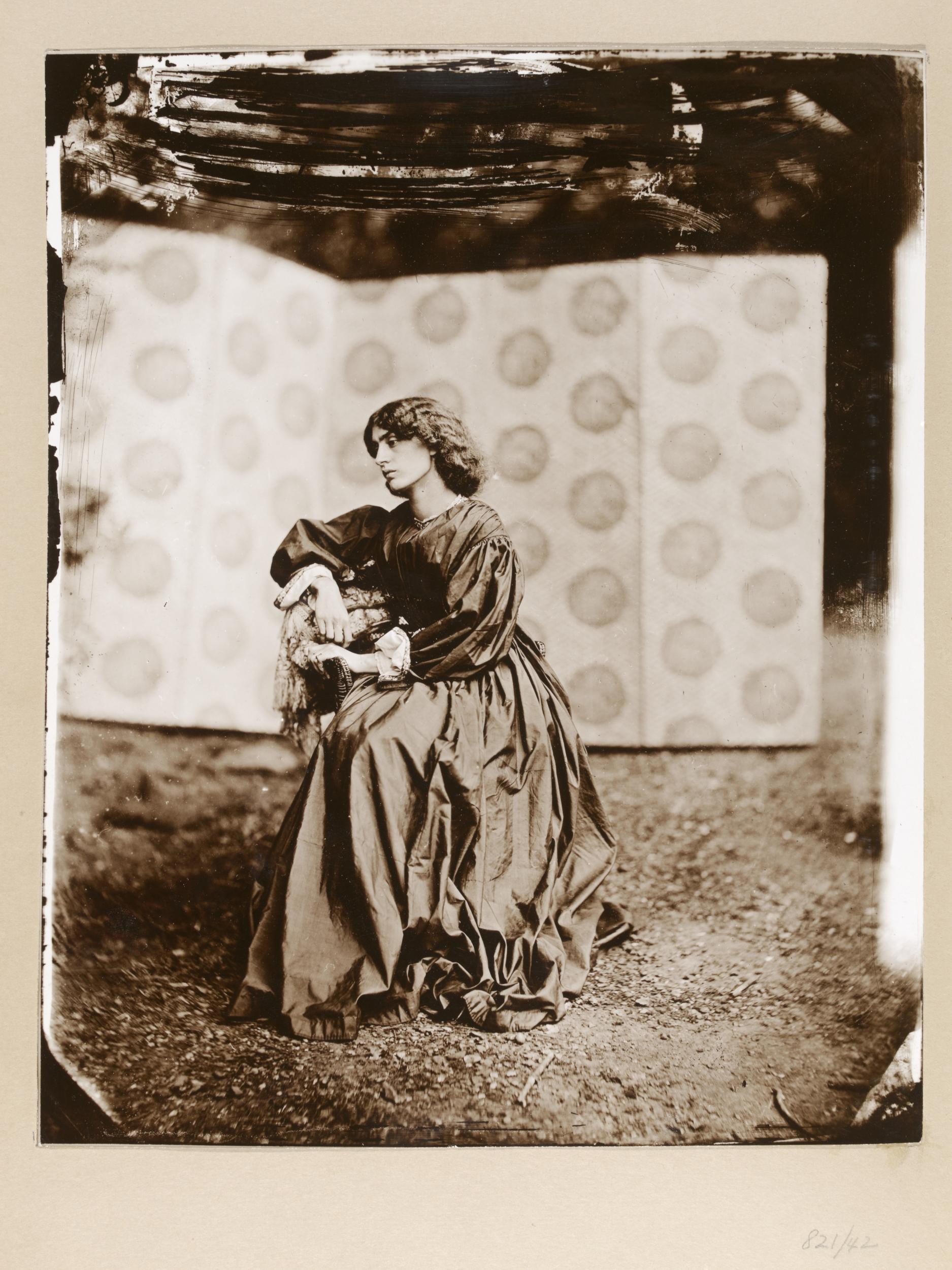 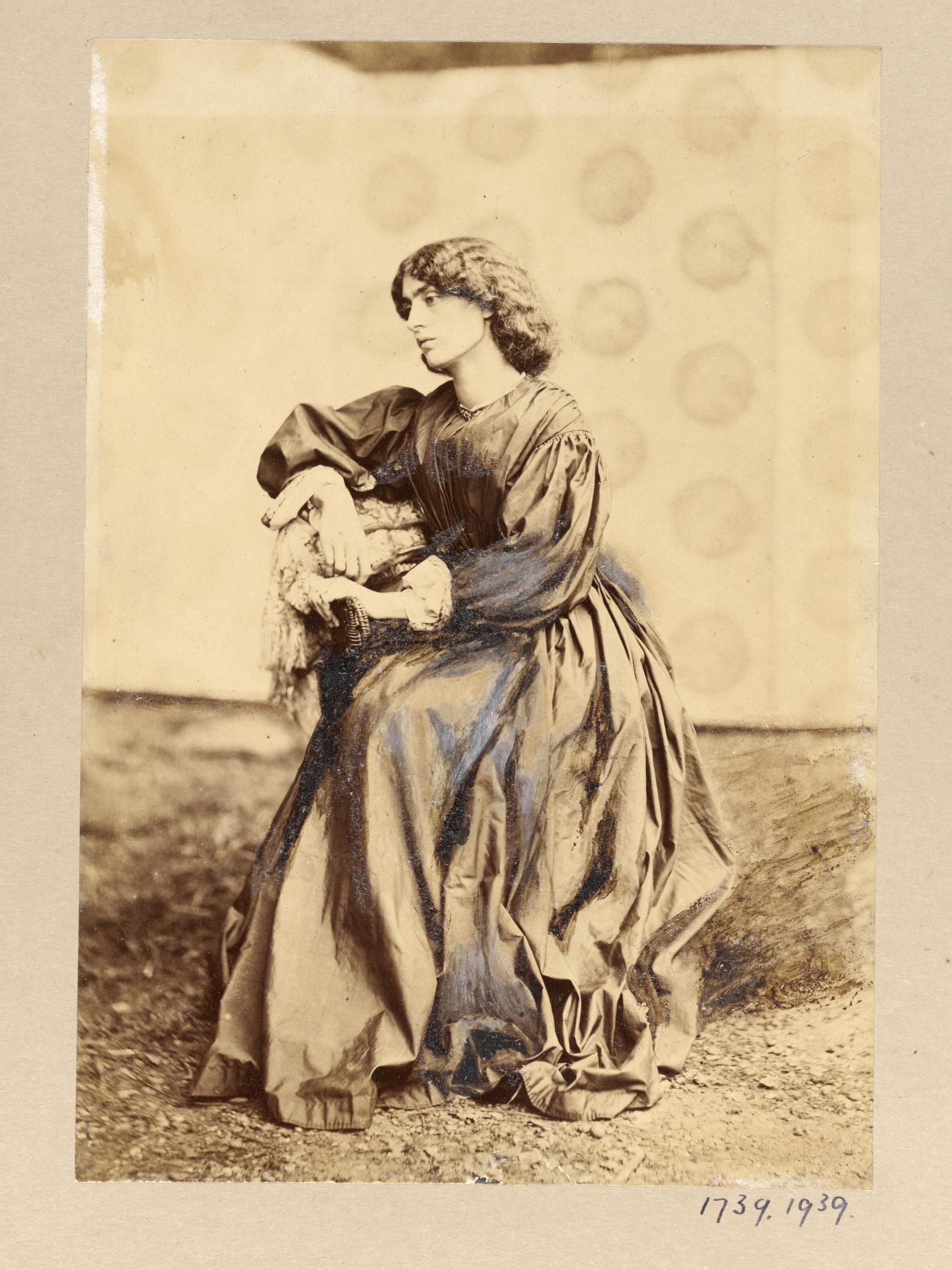 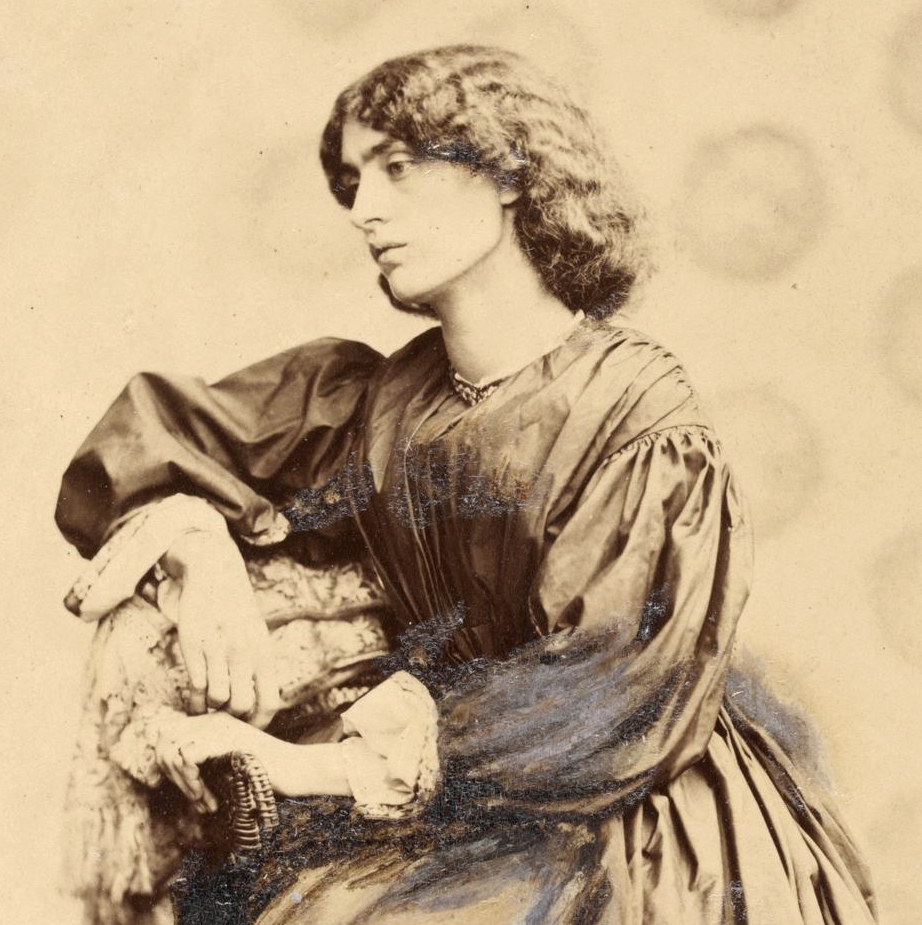 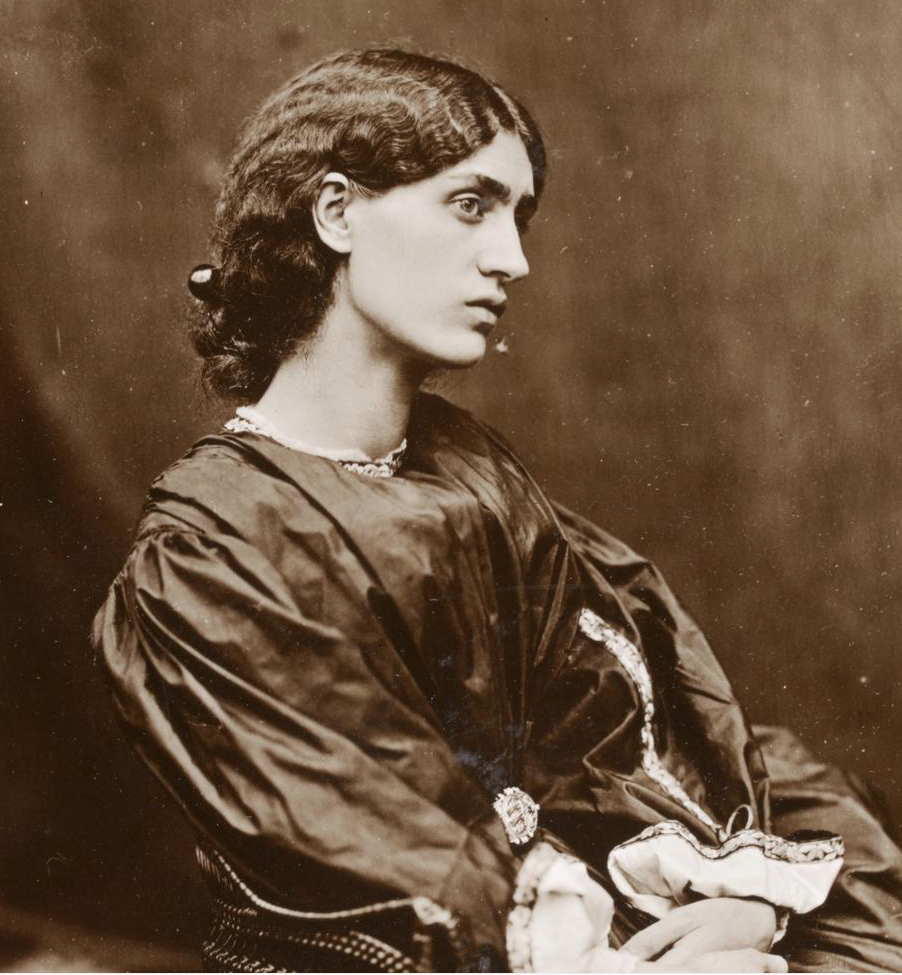 The photos were made in Dante Gabriel Rossetti’s back garden, where he put up a kind of tent or marquee within which he arranged a chair and couch set against the backdrop of a Japanese screen. Mrs. Morris was variously posed in this space—as Jan Marsh has observed, in a style recalling Nadar‘s 1862 publicity images of Sarah Bernhardt (which Dante Gabriel Rossetti must have seen during his 1864 trip to Paris).

With John R. Parsons as his cameraman, Dante Gabriel Rossetti created a series of photographs of Jane Morris on 7 June 1865. Two were taken indoors, the rest outside in the garden of Rossetti’s Cheyne Walk house. Remarkable works of early photographic art, they are equally important for elucidating Rossetti’s paintings, where he takes such a different approach to his female subject. These differences are especially clear when a particular photograph was consciously used as the basis for some subsequent painting. Where the photographs are full of striking details and angularities, the paintings or drawings tend to be highly finished. In each case, however, the effect is powerfully disturbing—two very different types of Rossetti’s characteristically “grotesque” style. Some prefer the more stark power of the photographs and deplore what they see as a process of “prettification” in the paintings that descend from the photographic images. But the stylistic contrast between photo and painting or drawing helps to reveal why, in an important sense, the strangely finished pictures, rather than the original photos, vividly exemplify a grotesque pictorial style. In this sense the photographs provide a singular key for “reading” Rossetti’s pictorial work as a whole—most especially the pictures of the last fifteen years.

Some of the photographs are modern prints made when the original 1865 prints showed signs of fading early in the twentieth-century. So they are in fact photos of photos. In eleven instances we can see that two different prints were made from a single original plate: in these cases Rossetti wanted either to change the compositional structure by cropping the image or to change the lighting on the image, or both. Several of the prints also show that other kinds of intervention took place either on the original plate or on the original print. A notable fact is that Rossetti seems to have painted over parts of one of the images. Equally remarkable are certain apparently random effects found in several of the images. Ghostly frames, for example, appear on certain images, often enhancing the compositional structure (the way so many of the frames of Rossetti’s paintings—which he designed—contribute to their effect. A particularly striking example can be seen in the photo of Jane Morris standing against black backdrop. These ghostly frames result from deterioration of the wet collodion negative, a process that would have begun as soon as the photographer began securing the negative to its glass plate.