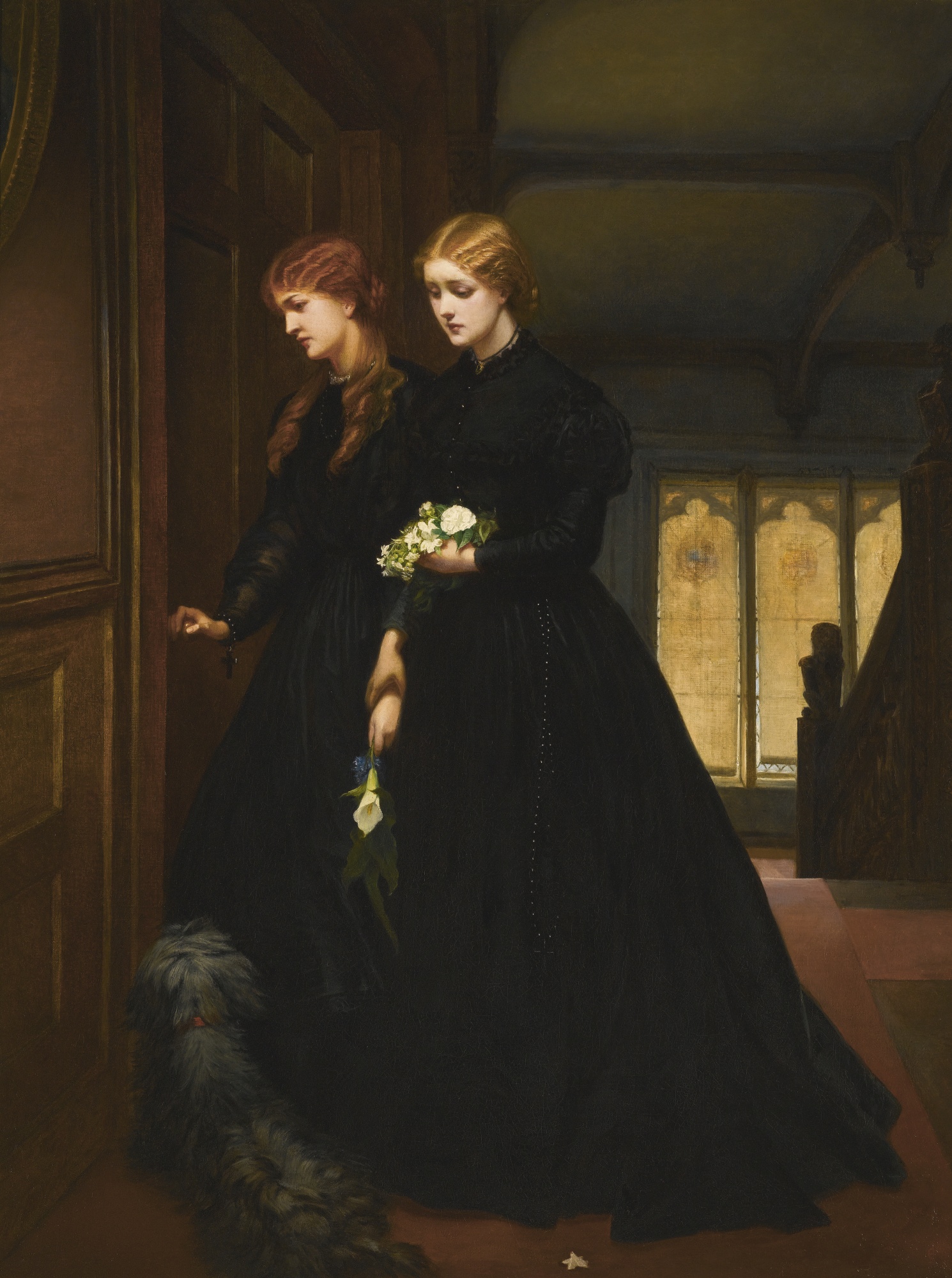 For the Last Time by Emily Mary Osborn, 1864

Emily Mary Osborn was one of the few female artists in the mid-nineteenth century to experience critical acclaim for her depictions of modern social and psychological drama. Her reputation was largely based upon her paintings of women in moments of heightened emotion, including The Governess of 1860 which was purchased by Queen Victoria and Nameless and Friendless (sold in these rooms, 19 November 2008, lot 115, now at Tate) one of the best-known paintings by a female Victorian.

The present picture depicts two demure young sisters visiting the death-bed of a relative accompanied by a sympathetic dog.