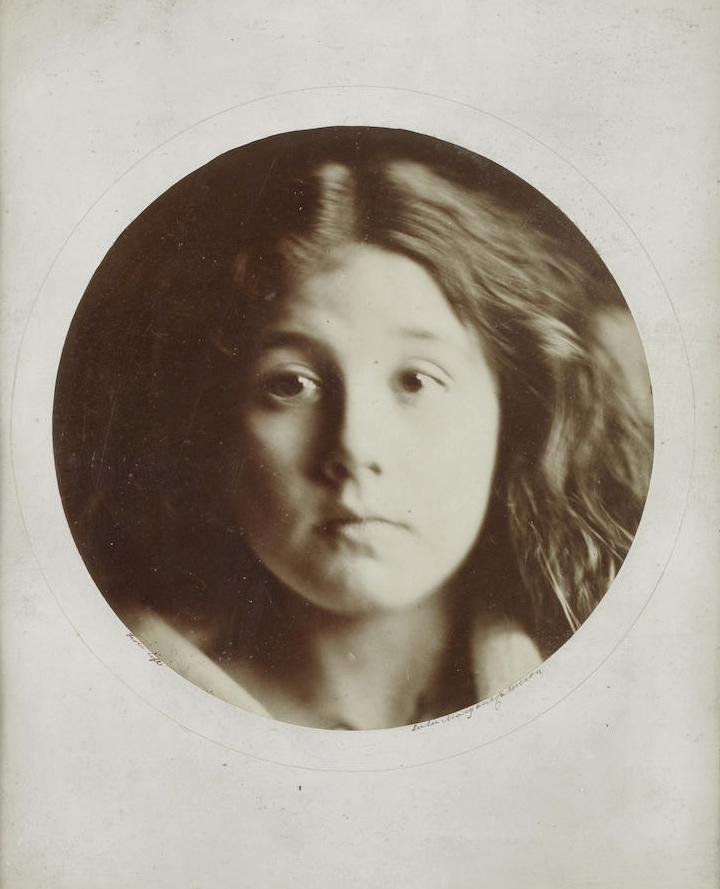 No. 5 Of Series of Twelve Lifesized Heads, albumen print, mounted on card, signed and inscribed “From Life | Julia Margaret Cameron” in ink on the mount, with Messrs Colnaghi blindstamp (trimmed) and gilt border surrounding the image, framed, 290mm. diameter.

During the spring and summer of 1866 Cameron experimented with a large-format camera, producing her ground-breaking series of twelve “life-size heads”. Kate Keown, one of three daughters of a military officer stationed on the Isle of Wight where Cameron lived, was one of Cameron’s most popular and successful sitters. “In these heads Cameron concentrates on the human face as a meaningful visual form, exploring different effects of lighting and depth of field to achieve subtle variations of character and mood. Through her plastic illumination of the head… Cameron dissolved the boundary between the photograph as an image and life itself” (Cox & Ford).