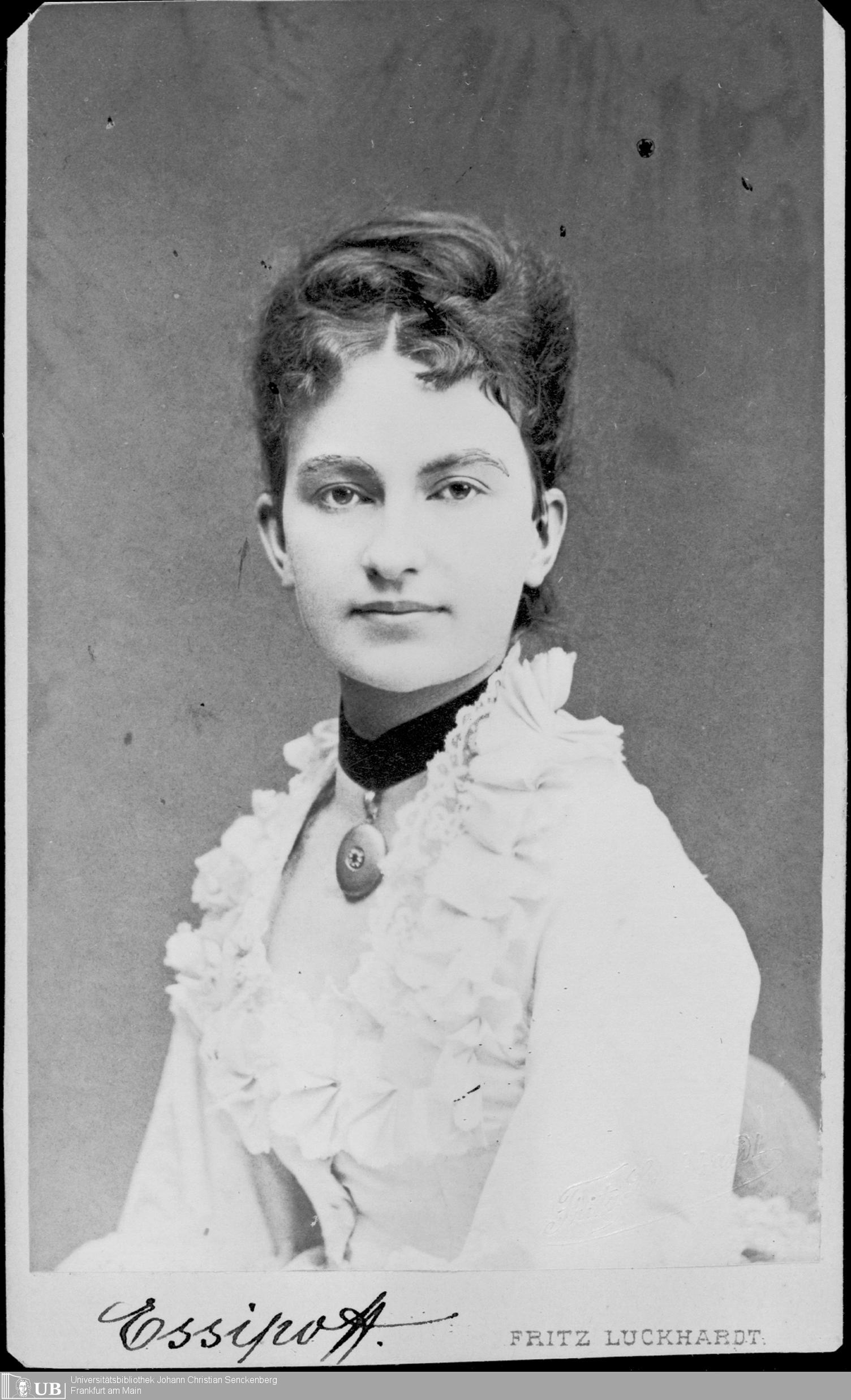 Pianist Anna Yesipova by Fritz Luckhardt, ca. 1870s
.
Anna Nikolajewna Jessipowa (Анна Николаевна Есипова), in Germany also known as Anetta Essipoff or Annette von Essipow, or after her wedding as Annette Essipow-Leschetizky; (1 February 1851, St Petersburg – 18 August 1914, St Petersburg), was a prominent Russian pianist. She was married to Polish pianist and composer Theodor Leschetizky, she was the second of his four wives. They had two children together.

Yesipova was one of Teodor Leszetycki‘s most brilliant pupils. She made her debut in Saint Petersburg in 1871 attracting rave reviews and the artistic admiration of both Pyotr Ilyich Tchaikovsky and Franz Liszt, particularly for her effortless virtuosity and singing tone. She then began concert tours which brought her in 1876 to the United States, where her playing was greatly admired. She heard the playing of Fanny Bloomfield and advised her to train under Leszetycki, whom Yesipova married in 1880 and later divorced.