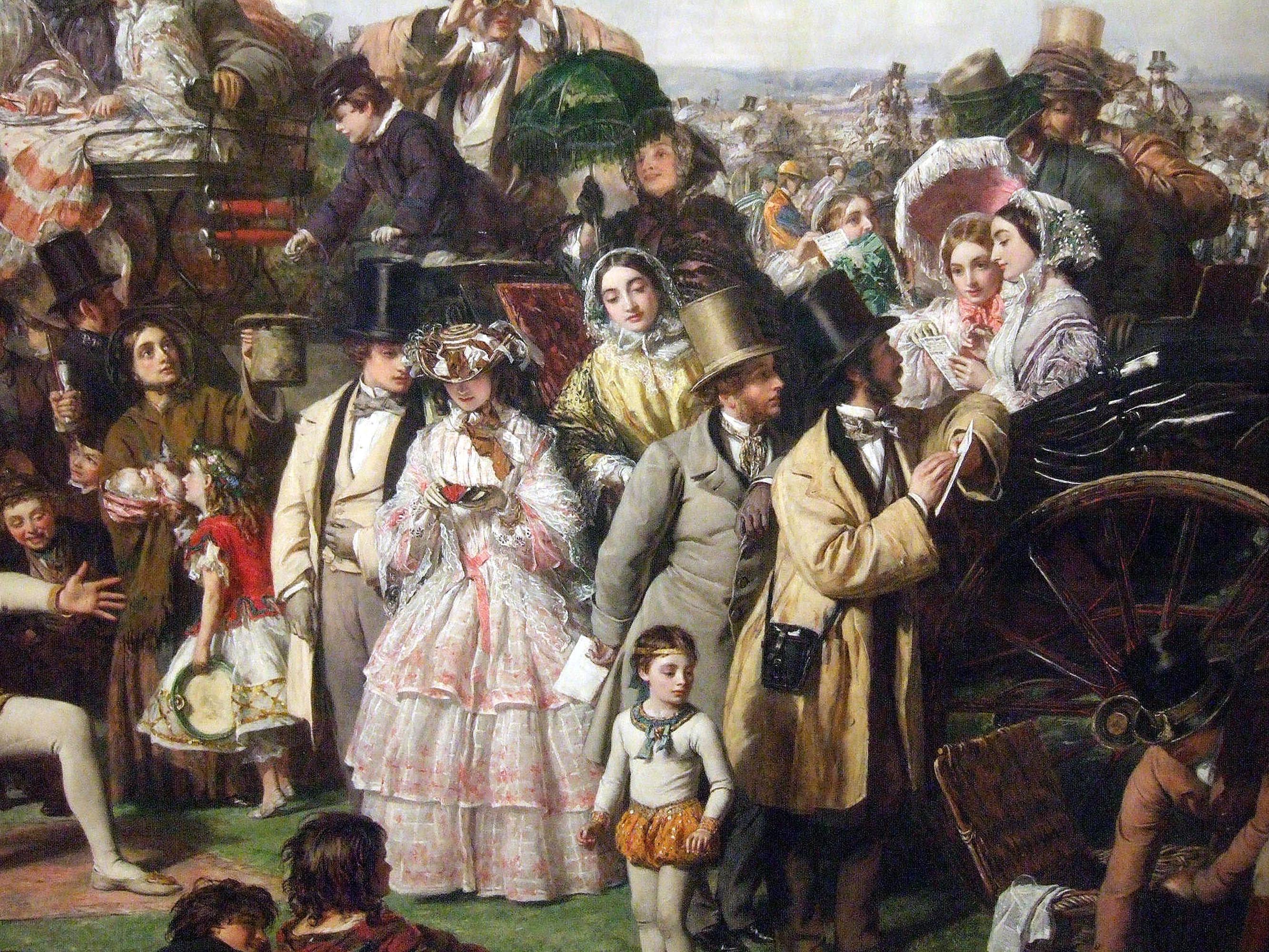 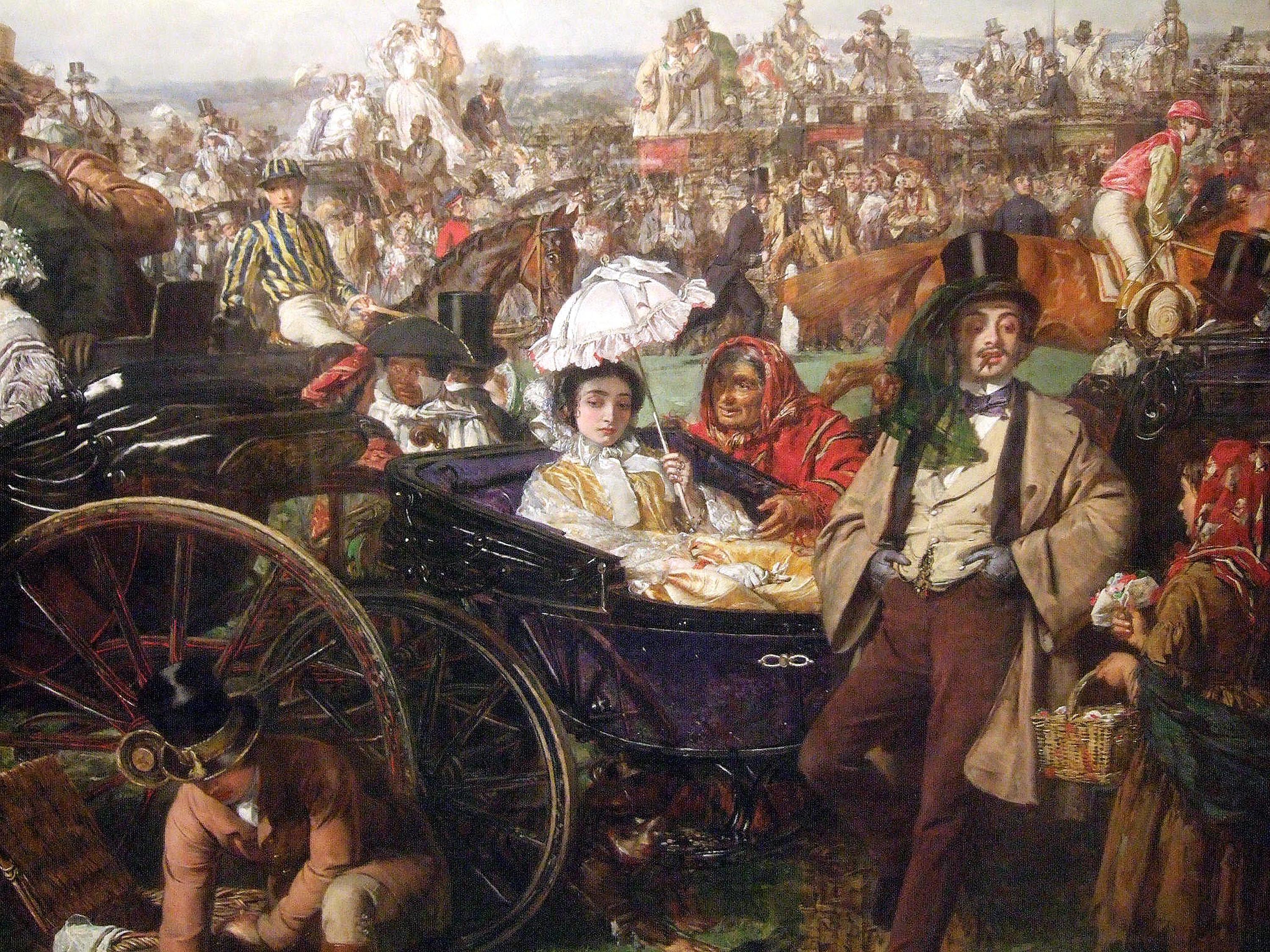 When The Derby Day was first exhibited at the Royal Academy in 1858, it proved so popular that a rail had to be put up to keep back the crowds. It presents a panorama of modern Victorian life, a previously unknown genre which Frith largely created in his earlier work, Life at the Seaside, Ramsgate Sands of 1854 (Royal Collection). Frith was a firm believer in the spurious sciences of phrenology and social type, which considered people’s characters and social origins were visible in their physical features. Each character in Frith’s picture is depicted to conform to these stereotypes, notably in the range of criminal and low-life types present (see Cowling 1989, Ch.2).

On the basis of an initial sketch, which he made after a visit to Epsom in 1856, Frith was commissioned by Jacob Bell, a chemist and amateur artist, to paint a large 5-6 foot canvas for £1,500. He worked on the project for fifteen months, producing two large sketches in addition to the finished work. He brought the composition together with the aid of drawings and sketches, hiring models to pose for all the main figures. He also commissioned the photographer Robert Howlett to ‘photograph for him from the roof of a cab as many queer groups of figures as he could’ (Journal of the Photographic Society, 15 January 1863). He asked a real jockey called Bundy to pose on a hobbyhorse in his studio for the riders on the right of the picture, and also hired an acrobat and his son, whom he saw performing in a pantomime in Drury Lane. For the remaining figures he called on family and friends, as well as a string of young women sent by Jacob Bell.

Despite a remarkable feat of organisation, the picture remains fairly static, and the figures are more interesting when examined individually. There are three main incidents taking place in the picture. On the far left, next to the Reform Club‘s private tent, a group of men in top hats focus on the thimble-rigger with his table, inviting the audience to participate in the game. The man taking a note from his pocket is the trickster’s accomplice. He is tempting the rustic-looking man in a smock, whose wife is trying to restrain him. On the right of this group, another man, with his hands in his pockets, has had his gold watch stolen by the man behind. In the centre of the picture we see the acrobat and his son, who looks longingly over at a sumptuous picnic being laid out by a footman. Behind them are carriages filled with race-goers, including a courtesan on the far right, who is the kept mistress of the foppish-looking character leaning against the carriage. The courtesan is balanced on the far left of the picture by the woman in a dark riding habit, one of a number of high-class prostitutes who daily paraded on horseback in Hyde Park.