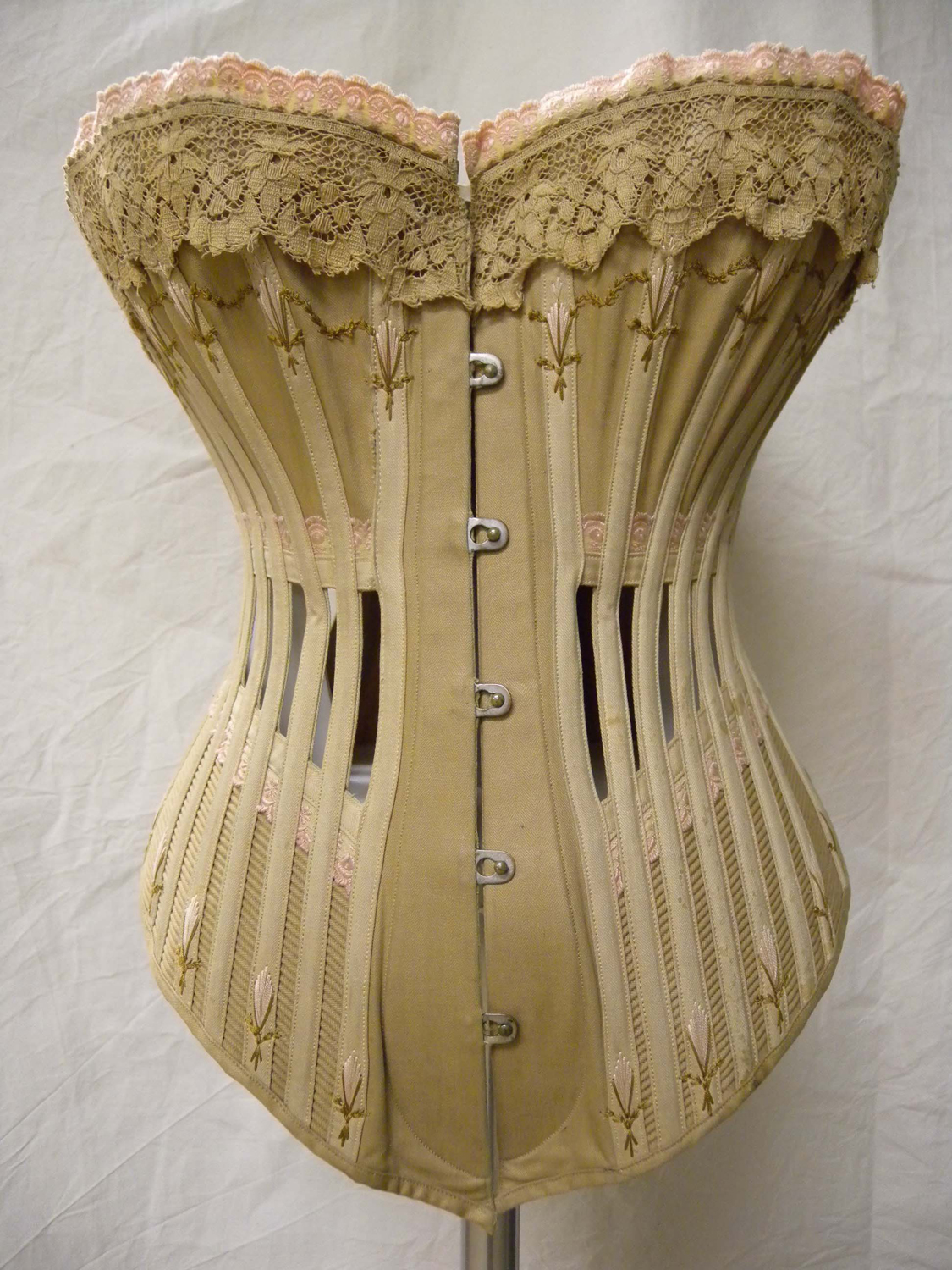 R & WH Symington & Co were corset manufacturers with their main factory in Market Harborough. They specialised in the manufacturing of corsets using factory-based, mass production techniques. The company was one of the first to use the singer sewing machine in Britain. By the 1890s, when this particular corset was made, they were one of the leaders in their field.
.
Women wore corsets for a number of reasons. A corset controlled the shape of the body, moving it into the fashionable shape of the period. It also supported the spine and helped to ease the weight of the many layers of clothes that a fashionable woman would have worn. Western fashion emphasized the waist and a corset was used to make it appear smaller that it was.
.
Ventilated corsets were worn by women who travelled abroad to hot countries. They had panels of fabric removed from around the waist so that they were a little cooler to wear. For the women who travelled around the world as part of the administration of the British Empire, or for those women who were early tourists and explorers, the ventilated corset was a necessary part of their wardrobe.
.
See this link here for a video on this particular garment.