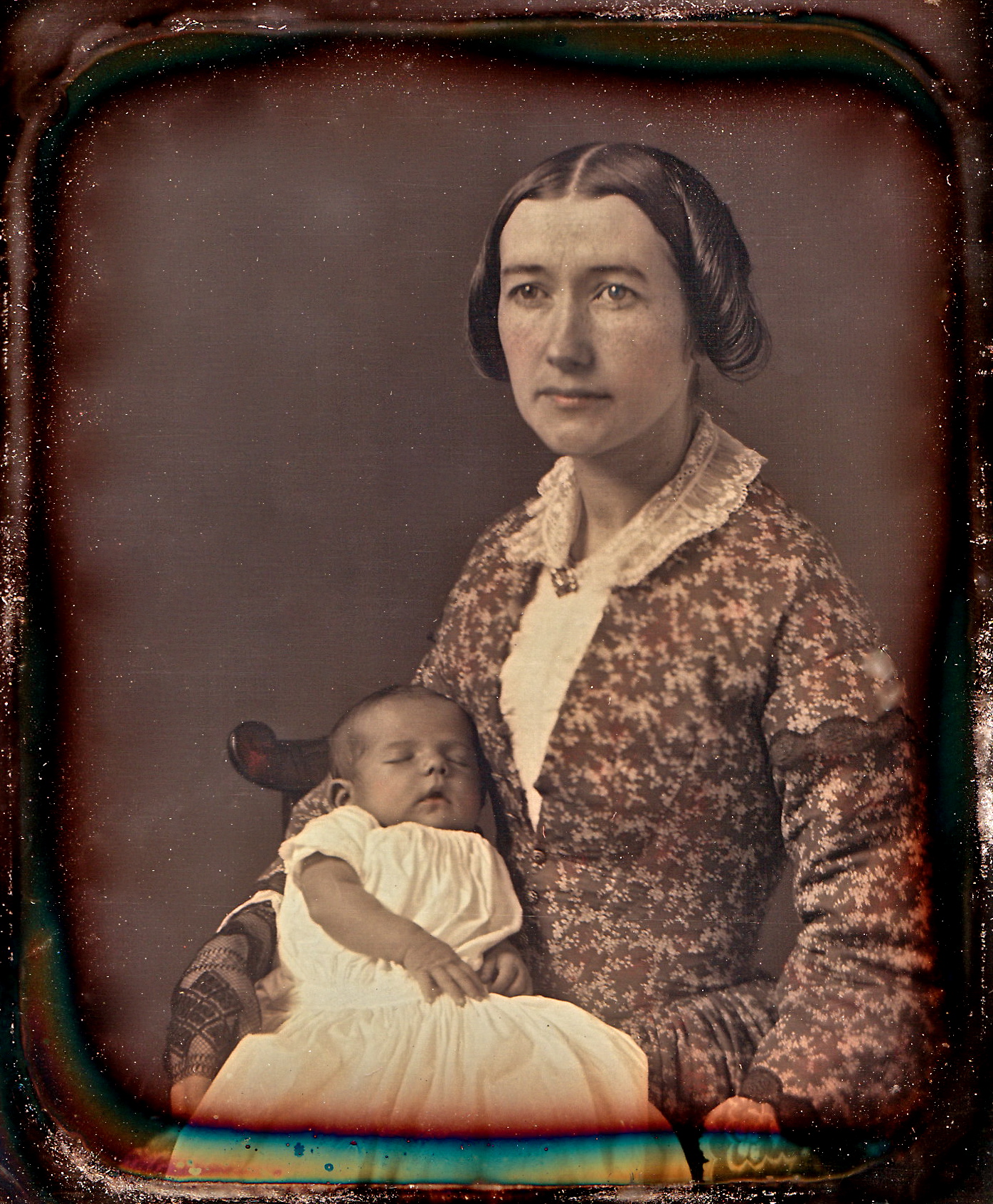 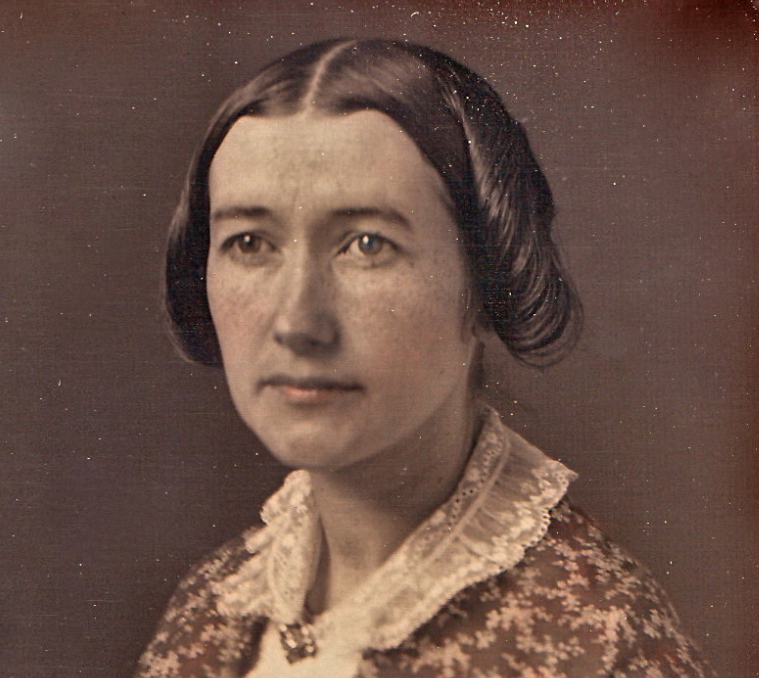 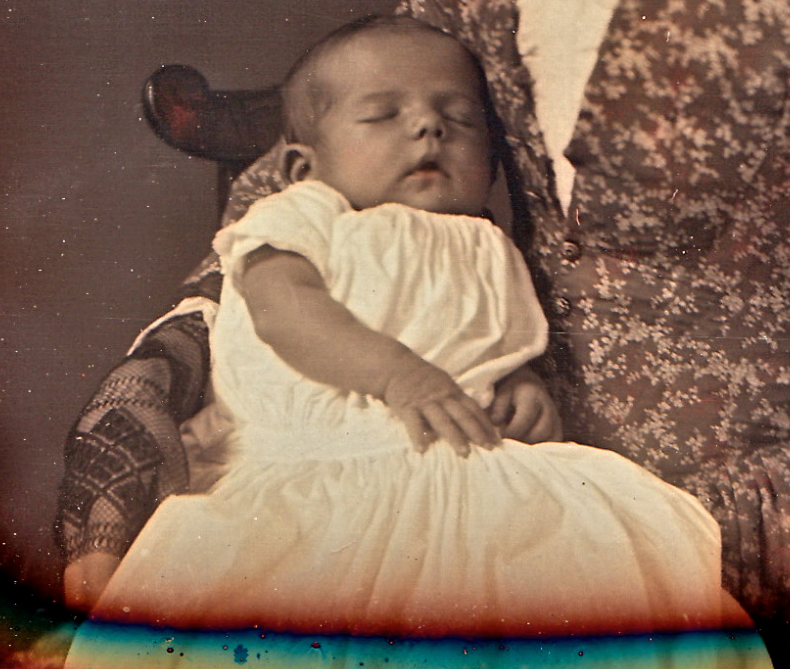 In the case of infants, specifically, in the first decade or so of commercial photography, Mothers and other family members are almost never pictured in mourning clothing whilst holding their dead children. I think that logically there are several reasons why this is so. First, when an affluent person lost a relative, they either purchased a new wardrobe of the latest fashion for the mourning period or those that could afford a new wardrobe made over their own or family members’ older pieces. This took time, which was something that one didn’t have–sadly–in the days before embalming. If the mother, father, grandmother, siblings, etc., were going to get a picture of the child looking as alive as possible, speed was rather of the essence. The picture was taken before the wardrobe was complete.

Second, not everyone could afford mourning. It was a social ritual of the more affluent–although the less affluent tried their best to participate. Sometimes, however, they simply could not. There were also people who could afford to participate but who did not. It was a personal choice. People who did not go into mourning may have been talked about behind their backs, but there was no law compelling anyone into mourning. That is something to remember when we’re looking at the overall picture of Victorian death customs.