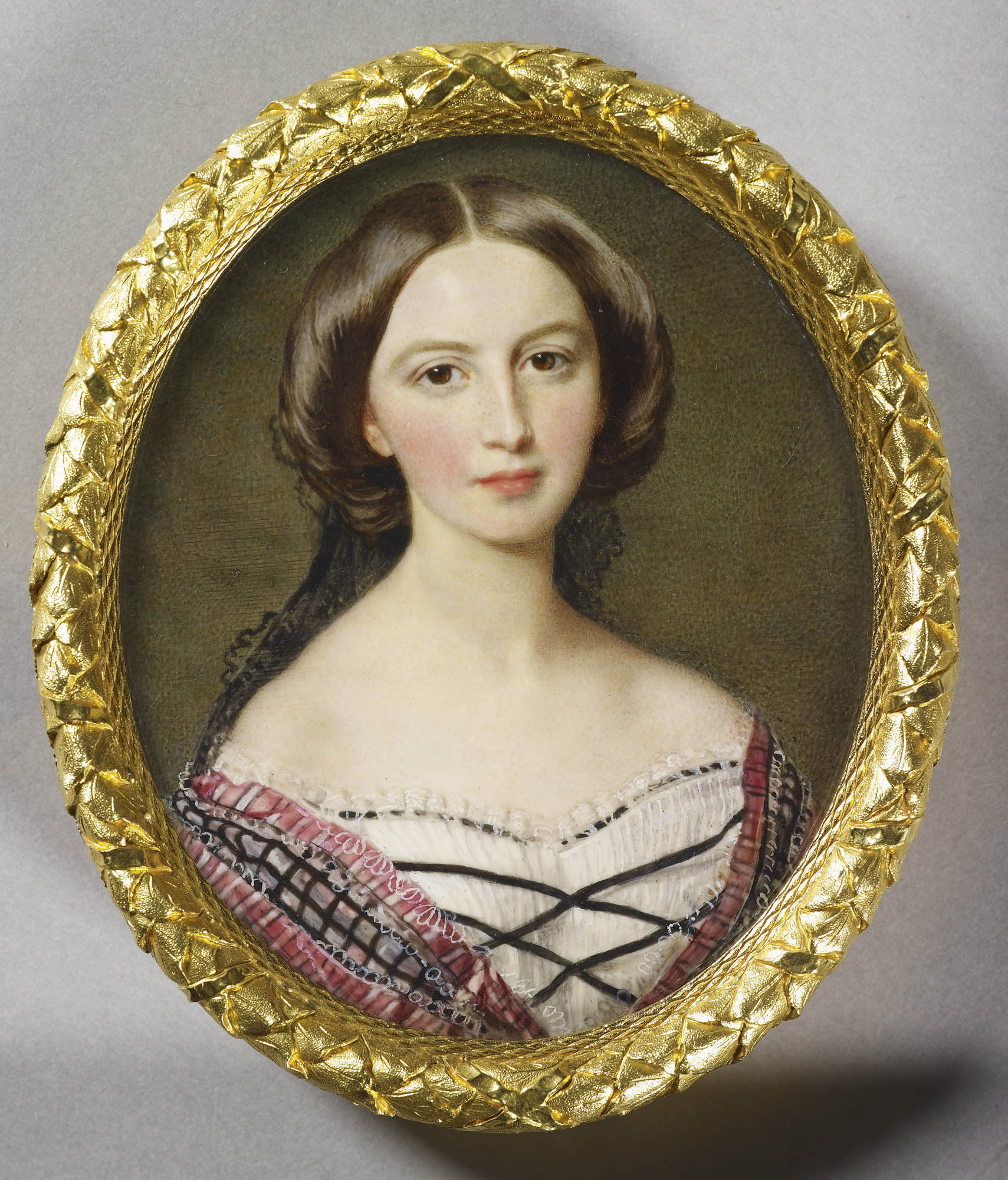 .This late work by Sir William Ross is first recorded in Queen Victoria’s accounts in 1857: ‘Sir W: Ross miniature of Princess Feodore of Hohenlohe £42.0.0.’ (40 guineas). It shows that Ross’s skills as a miniaturist remained undiminished even at this late stage of his career. Princess Feodora of Hohenlohe-Langenburg, third daughter of Feodora, Princess of Leiningen, Queen Victoria’s half-sister, and Ernest, Prince of Hohenlohe-Langenburg, married in 1858, as his second wife, George, Hereditary Duke of Saxe-Meiningen, who succeeded as George II, Duke of Saxe-Meiningen, on the abdication of his father in 1866. They had two surviving sons; the elder, Ernest, became titular head of the ducal house of Saxe-Meiningen in 1928; the second, Frederick, a lieutenant general in the Prussian army, was killed in action during the First World War.