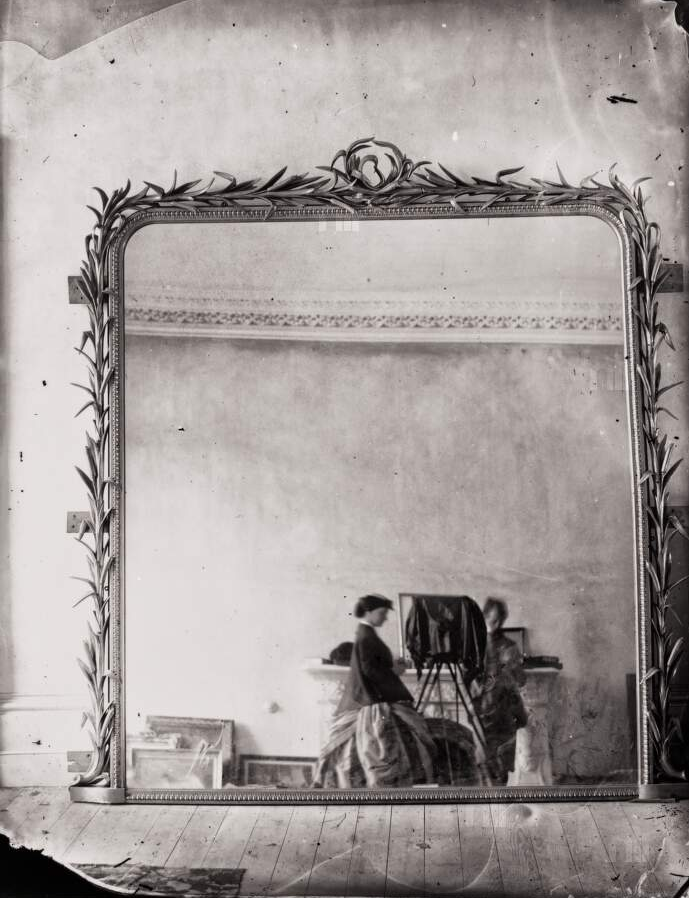 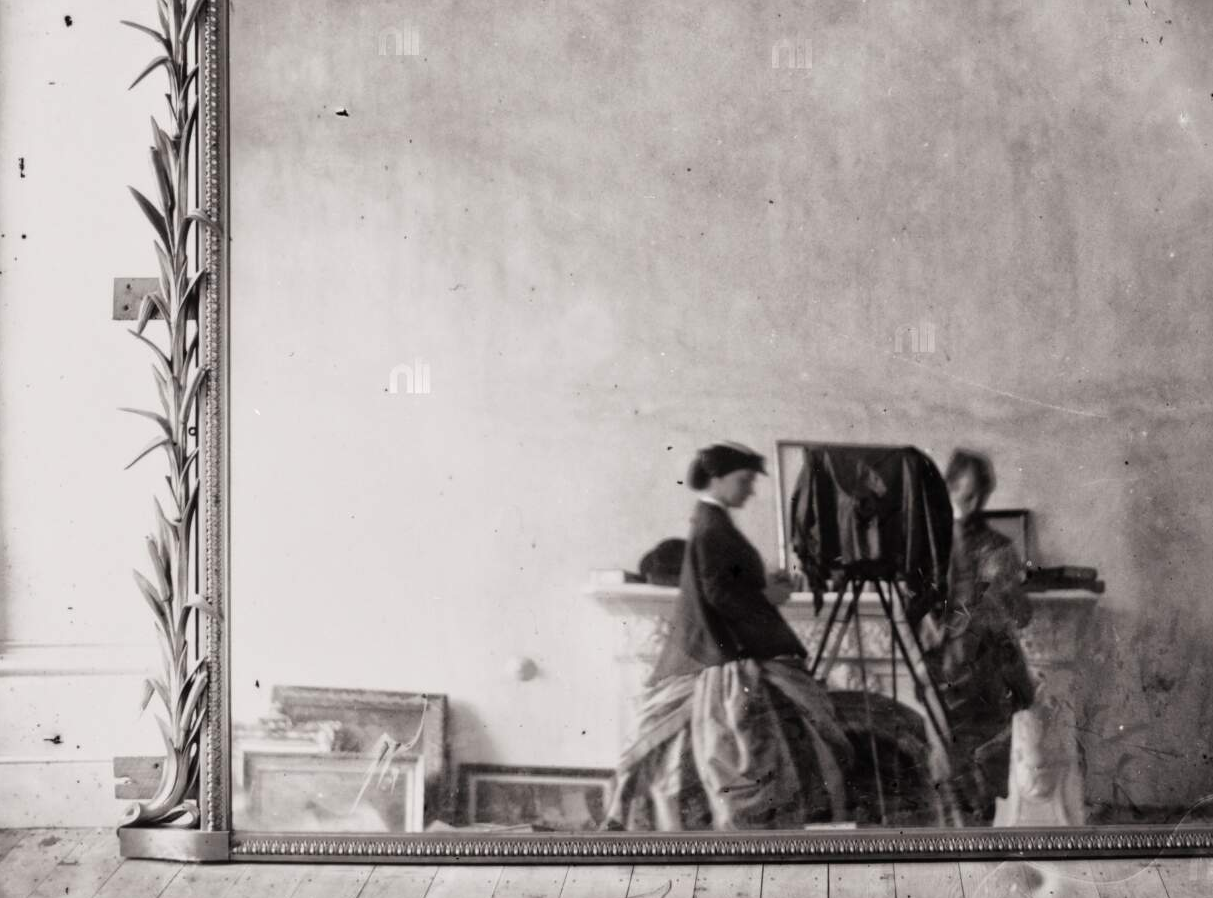 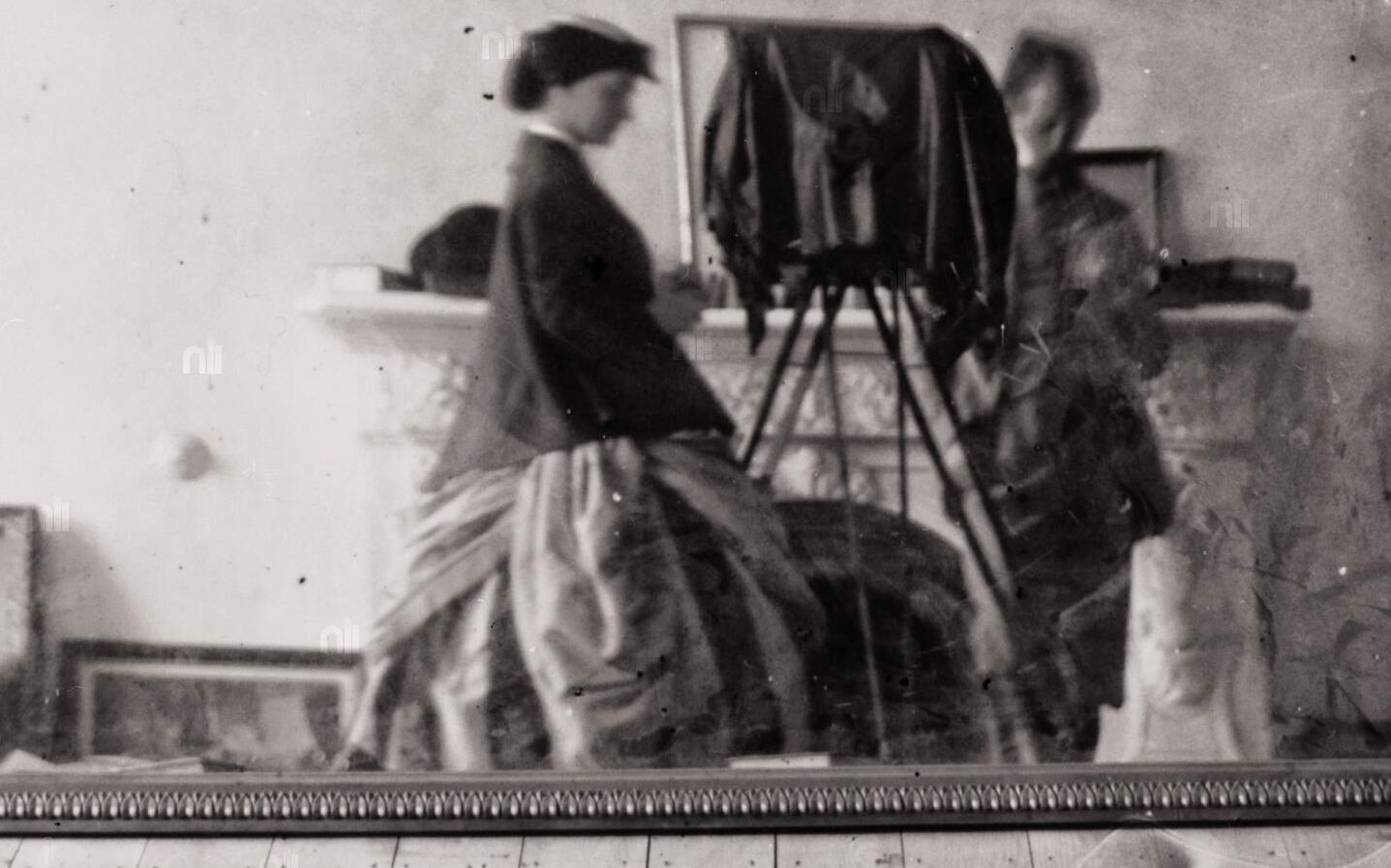 This composition was an experiment using a mirror to capture and frame the amateur photographers Luke Dillon, 4th Baron Clonbrock and his wife Lady Augusta, their camera on a tripod. Luke Gerald Dillon, 4th Baron Clonbrock (10 March 1834 – 12 May 1917) was an Irish peer. In 1865, he was appointed High Sheriff of County Galway. He became Baron Clonbrock in 1893 on the death of Robert Dillon, 3rd Baron Clonbrock and was appointed a Knight of the Order of St Patrick on 29 August 1900. He married Augusta Caroline Crofton, daughter of Edward Crofton, 2nd Baron Crofton of Mote and Lady Georgina Paget, on 18 July 1866 at Roscommon, County Roscommon, Ireland.  As a result of her marriage, Hon. Augusta Caroline Crofton was styled as Baroness Clonbrock on 4 December 1893.

Via: National Library of Ireland