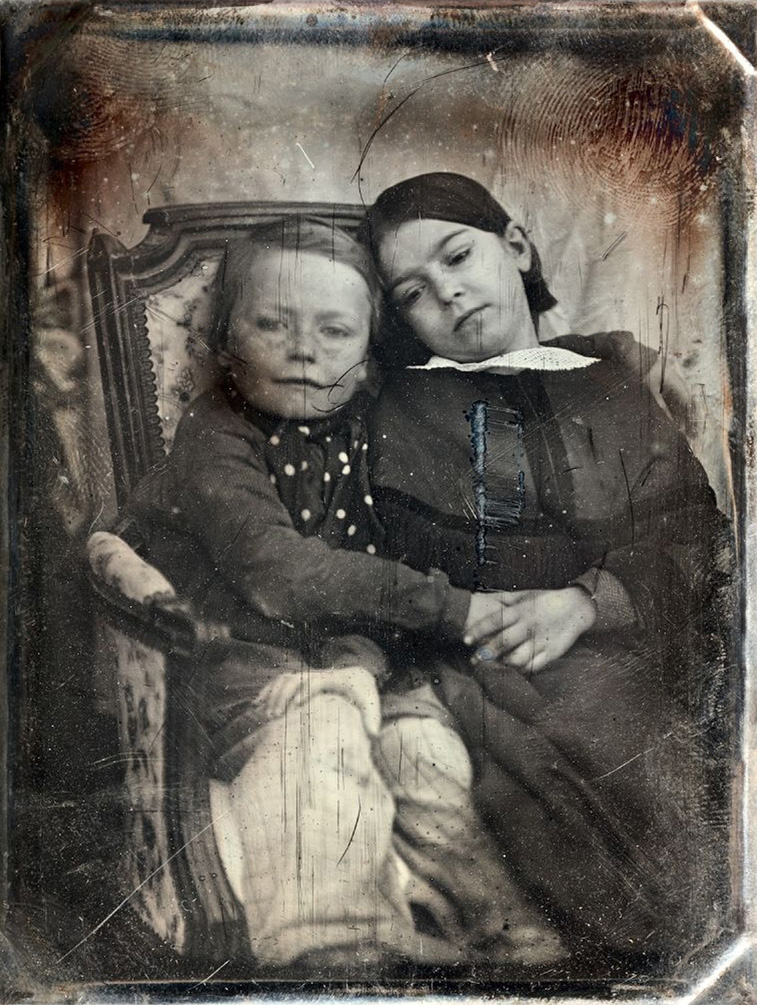 Attributed to the Le Gray-Mestral partnership. The boy may be the son (Leon) of Auguste Barthelemy Glaize (1807-1887), who may be the artist with beret in a group portrait with Mestral from this same group of daguerreotypes that is now in the French Bibliotheque Nationale. His son was born in 1842. It was rumored that the group came from the Glaize family at the time of the first auction in 2012. For more information on this and the other plates in the trove, see link here.

This small trove of early French daguerreotypes is possibly the only remnants of the early partnership of Le Gray-Mestral. Their significance to French and the international history of photography can not be underestimated. The power of these very intensely intimate and psychological portraits can only be compared to some of the production of the American daguerreotype team of Southworth & Hawes, but in its own unique approach. The group showed Auguste Mestral in four of the images in the group and it is in his Paris apartment that the images were taken. Reportedly the group came from the family of one of the artists in the circle of Le Gray-Mestral.