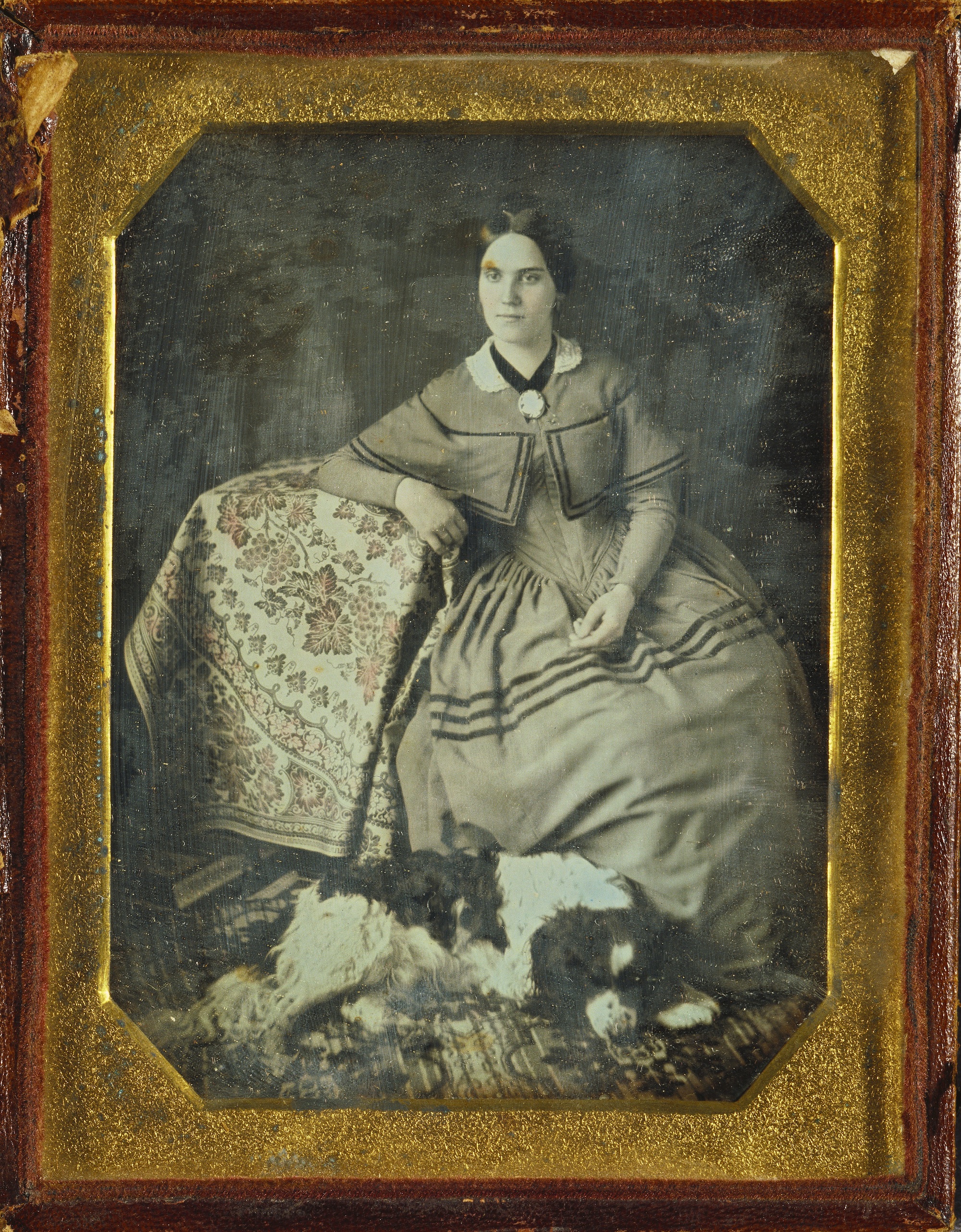 Daguerreotype Portrait of a Seated Young Woman and Dog, 1845-1847

By the early 1850s most major cities in Europe and America could boast studios specializing in daguerreotype photography. Customers sat for their own portraits and commissioned images of their family members and loved ones, including pets. Animals proved to be especially challenging subjects because slight movements during the lengthy period of exposure caused noticeable blurring. While people could be instructed to stay still, animals — even those that were well trained — were less predictable.

The faithful dog in this image, sleeping soundly on the patterned rug, was an unusual accessory for a woman, since dogs were typically associated with men. Nevertheless, the pet nestles against his owner’s skirt, clearly feeling at ease enough to take a nap during the lengthy exposure. A cloth patterned with grape clusters and ivy, upon which the woman rests her arm, balances the triangular composition.