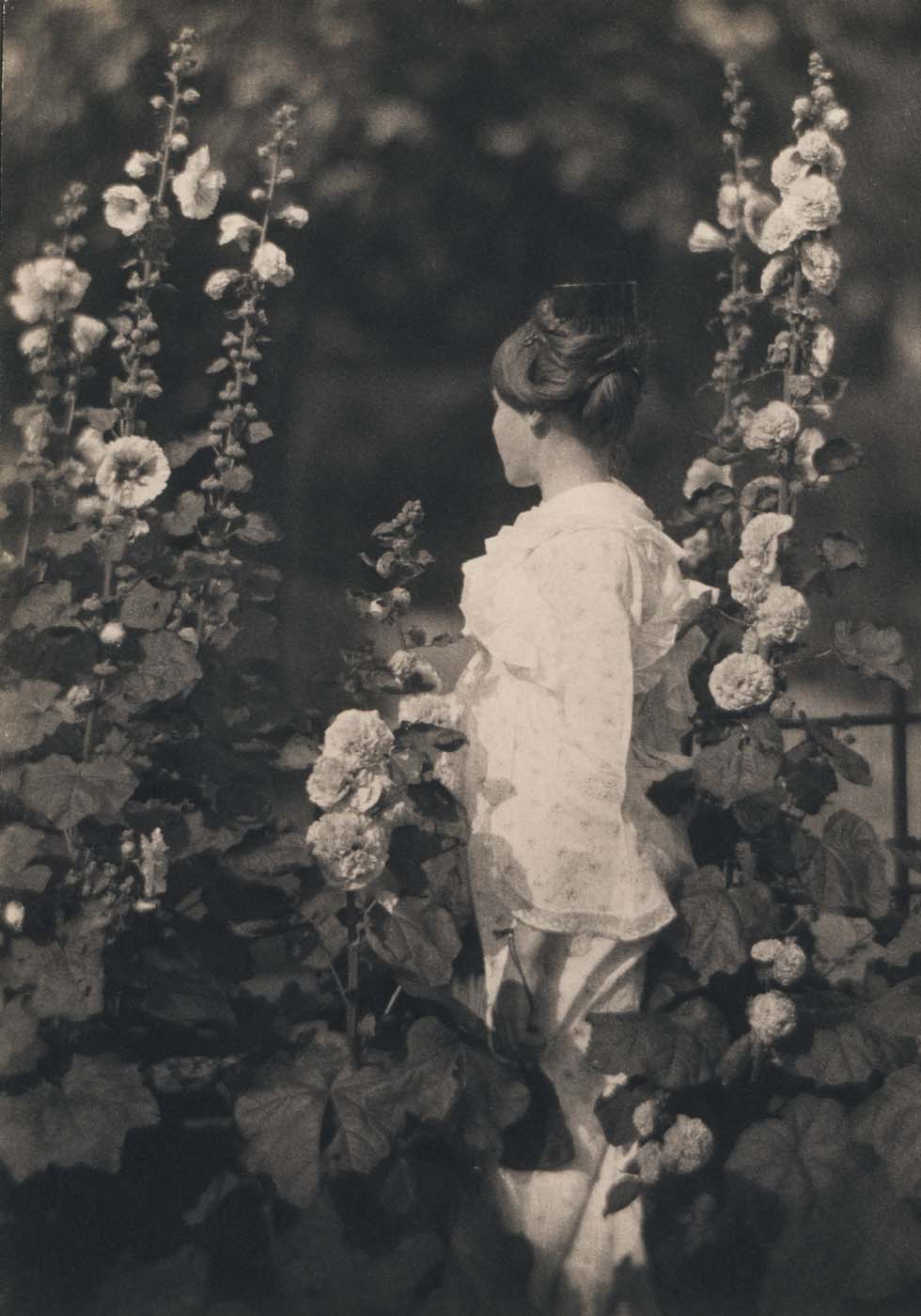 Marjorie in the Garden by John Bullock, ca. 1903

Like American painters who were converts to Impressionism, Pictorialist photographers such as John Bullock were open to using their medium in a new way. Bullock’s work, usually printed in the delicate tones of platinum, represents the refined expression of the American naturalistic aesthetic. Many of his pastoral views evoke nostalgia for a past without the complexities of modern life.

Marjorie in the Garden has a more restricted viewpoint than Bullock’s earlier photographs, suggesting the influence of members of the Stieglitz circle, such as Clarence White and Gertrude Kasebier, with whom Bullock was associated. In this image the camera’s shallow focus transforms the background into a visual screen of soft tones, directing attention to the woman’s white dress and the flowers.