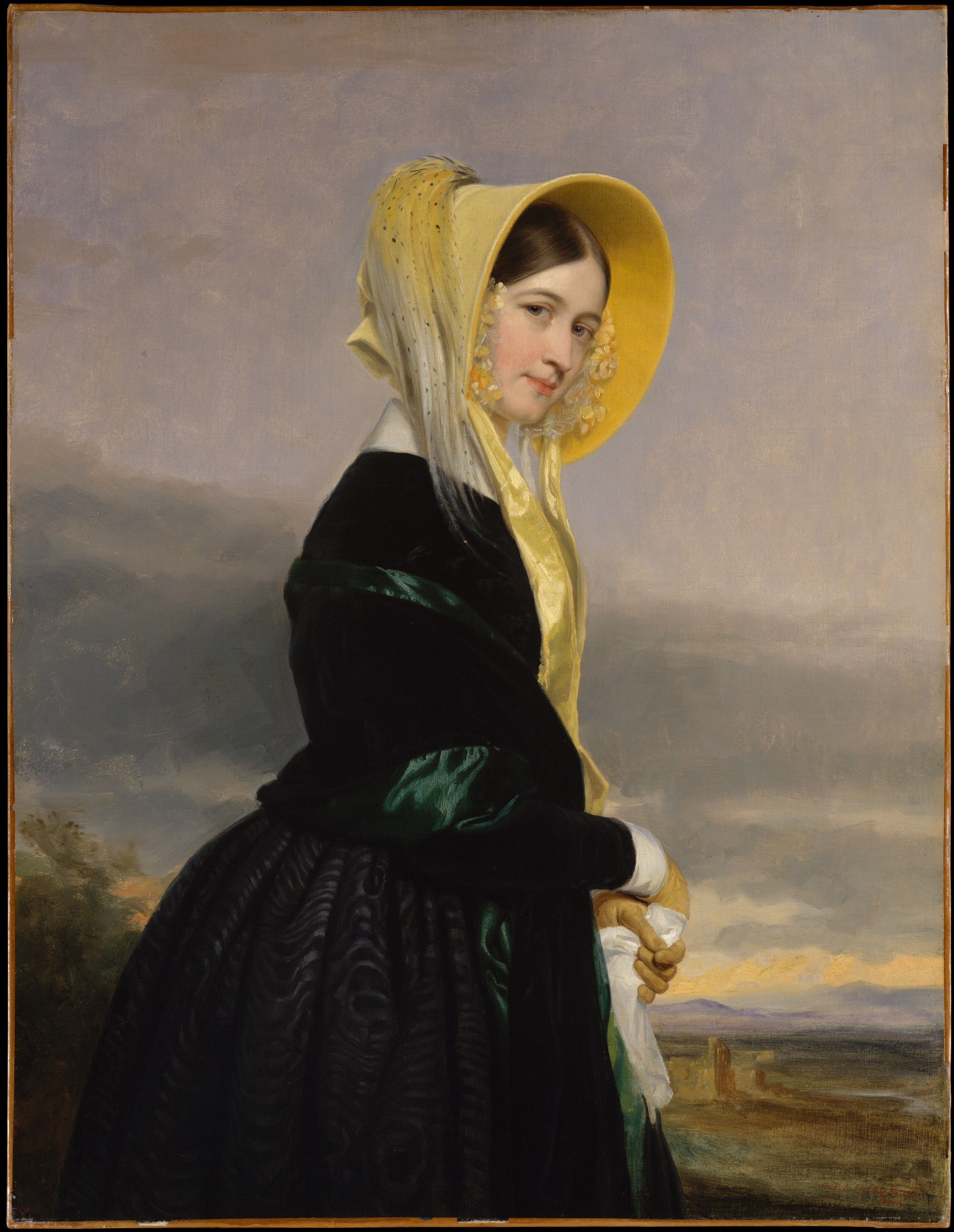 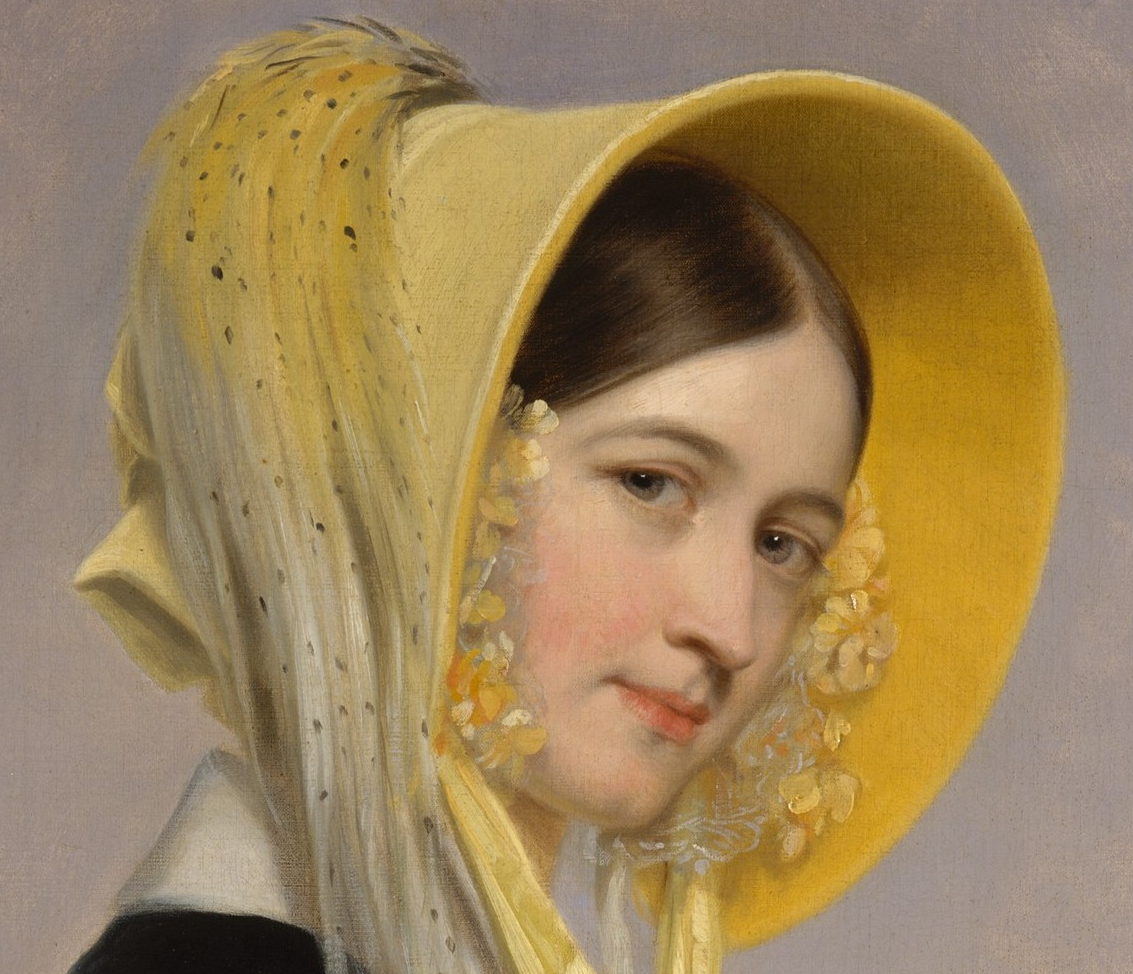 Portrait of Euphemia Van Rensselaer by George P. A. Healy, 1842

Euphemia Van Rensselaer (1816–1888) was the daughter of Stephen Van Rensselaer and the sister of Alexander Van Rensselaer. She was born on the family manor, Rensselaerswyck, near Albany, New York, and inherited a portion of her father’s vast estate in 1839. This picture was painted in 1842, the year before her marriage to John Church Cruger, a prominent lawyer with whom she settled on Cruger’s Island near Barrytown, New York. Healy painted the portrait in Paris, where he executed works for visiting Americans as well as for the French king, Louis Philippe. He blends both lavish detail and texture with a sensitive portrayal of character before a setting suggestive of the Roman campagna from which the sitter had just returned. The portrait, which shows the influence of the German-born painter Franz Xavier Winterhalter, demonstrates a stunning simplicity, grace, and vivacity rarely equalled in Healy’s oeuvre.

For a detailed costume analysis check out this blogpost on the Mimic of Modes blog.

Via: MET Museum, Mimic of Modes