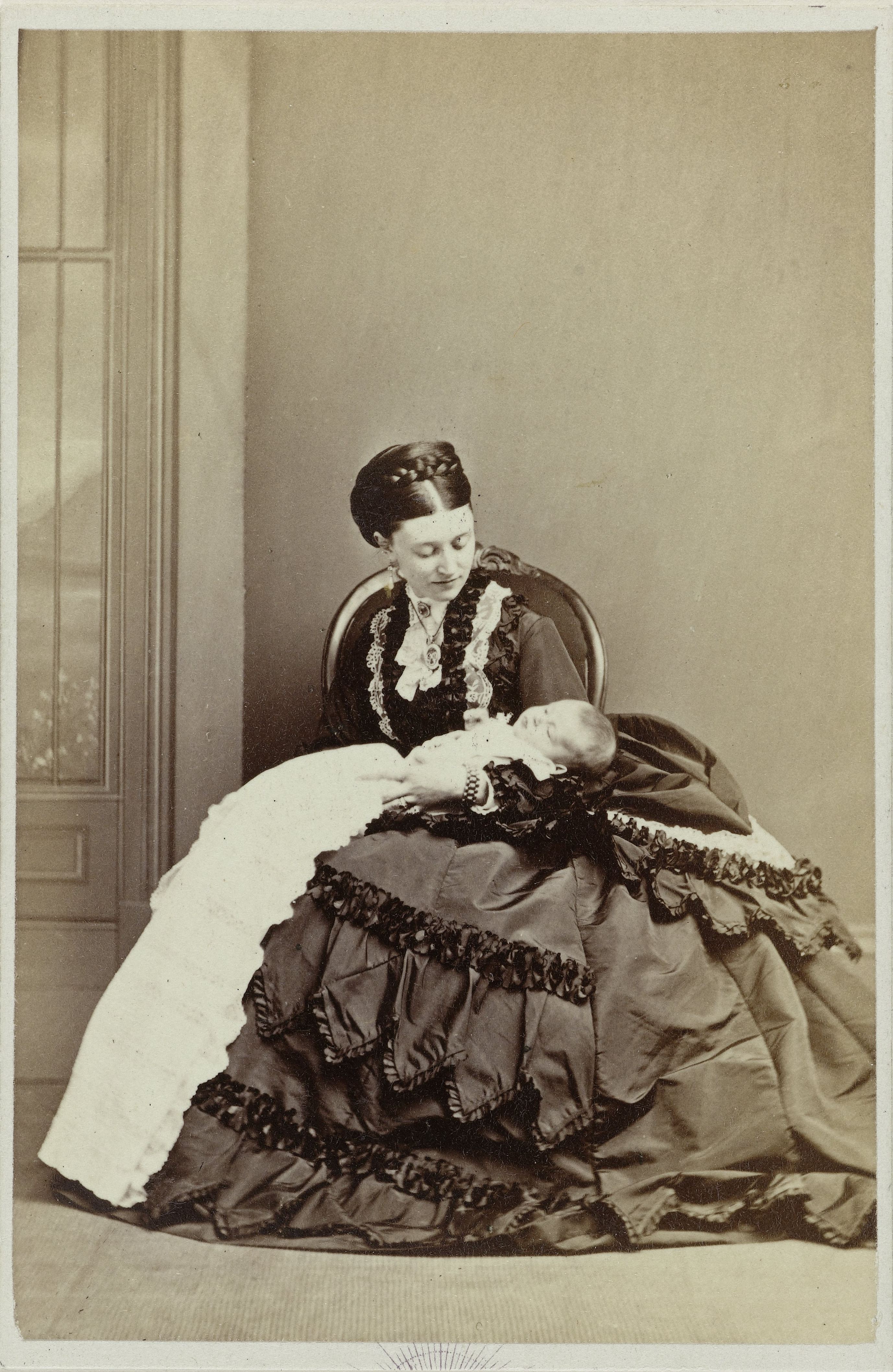 Studio portrait of Princess Helena of Waldeck-Pyrmont (the Duchess of Albany) with daughter by Richard Allen & Son, 1883

Helena was considered as a second wife for William III of the Netherlands. She later met with Prince Leopold, Duke of Albany, youngest son of Queen Victoria, at the suggestion of his mother. The two became engaged in November 1881. Leopold was actually a third cousin of Helena’s grandmother Princess Pauline of Württemberg, as they were both great great grandchildren of Frederick, Prince of Wales.

On the website of the Rijksmuseum this photo is dated 1883 or 1884, not knowing wether this is the princess with her first or second born. My guess is that this photo is from the year 1883, depicting Helena with her first born daughter Princess Alice of Albany for the simple fact that she does not appear to be in mourning attire. If this would be her second child her husband would have just recently died, meaning she would have to be in full mourning still. And on this photo she does not seem to be wearing any mourning attire.