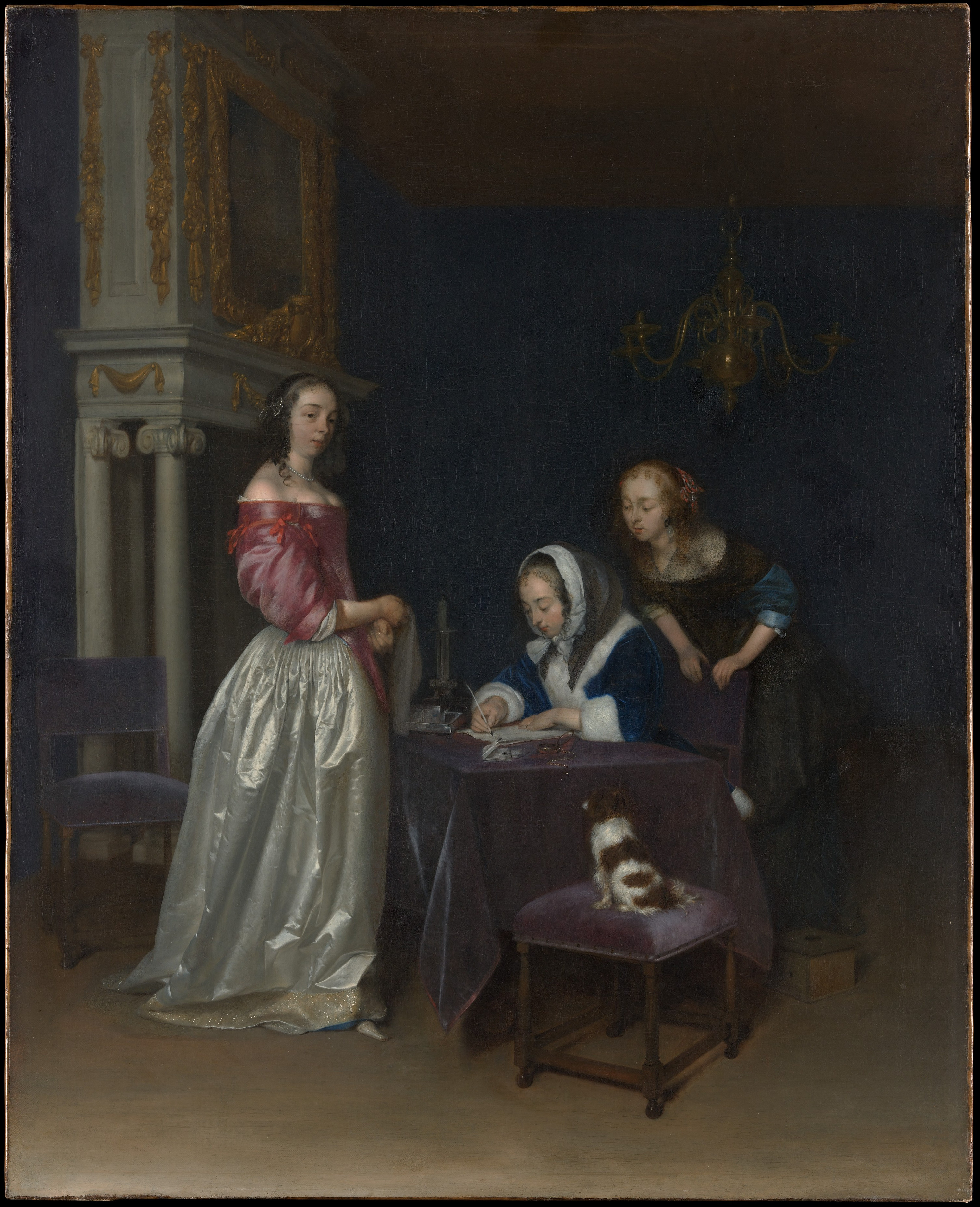 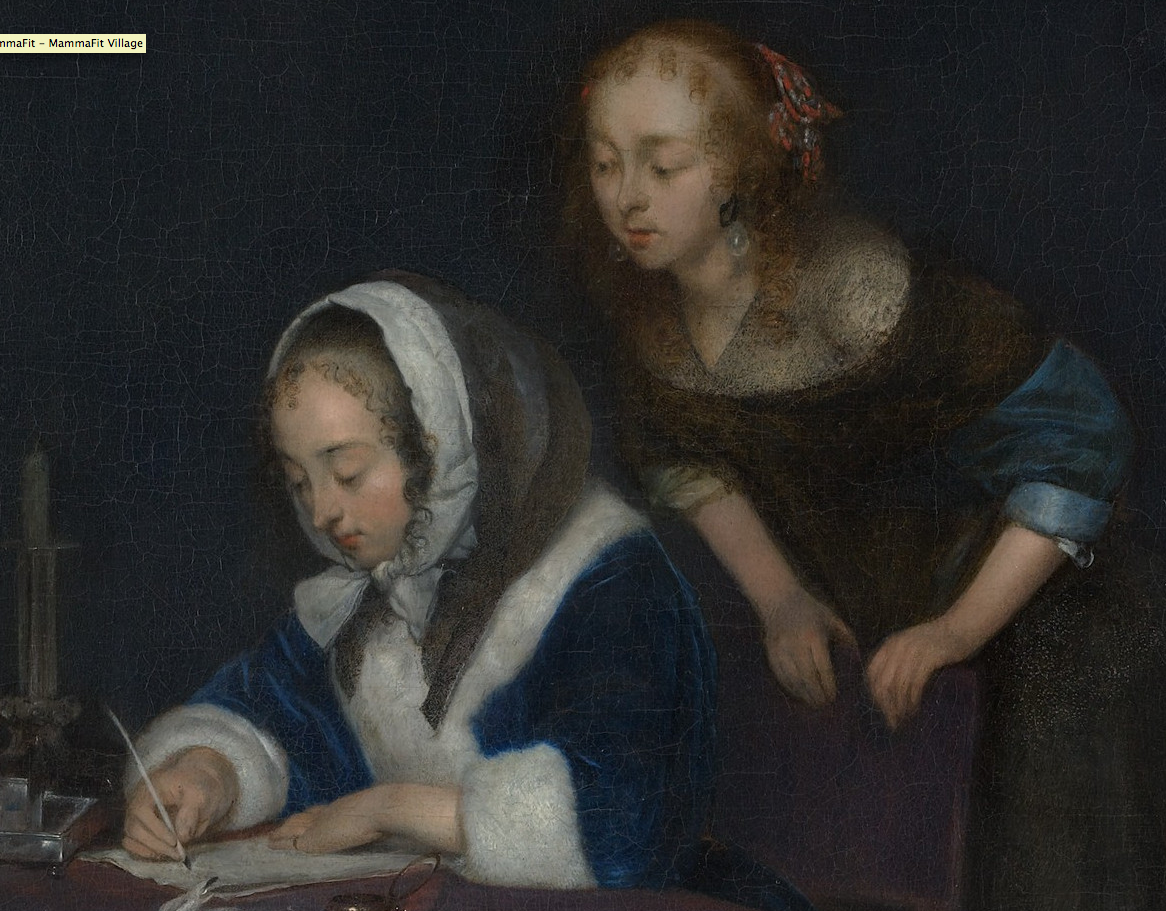 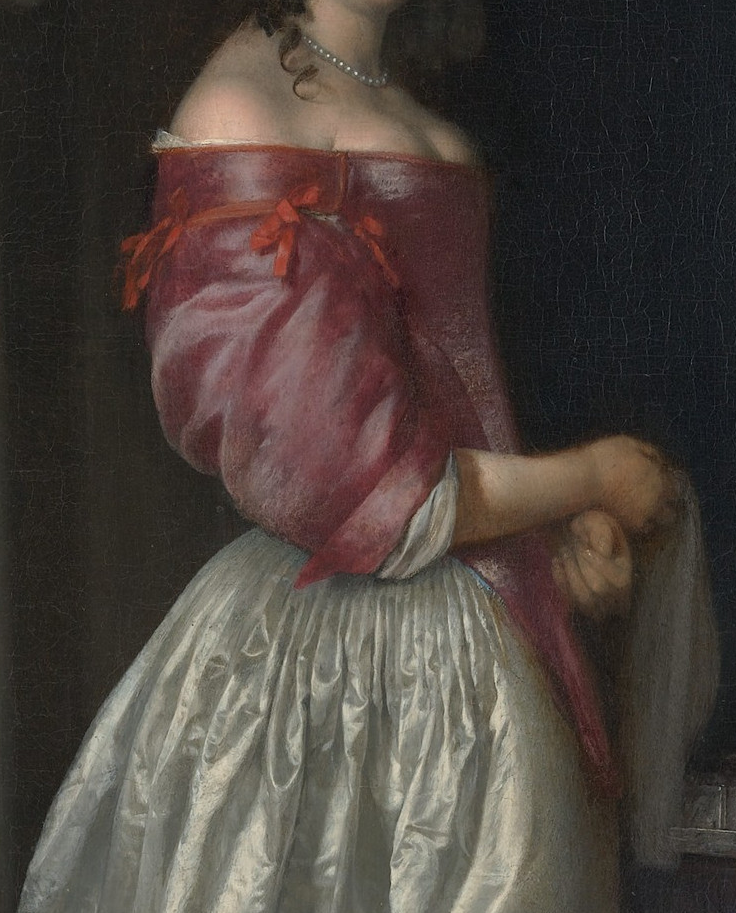 Eloquent letter writing—in Dutch and French—flourished in the Netherlands during the prosperous decades of the 1650s and 1660s. In this celebrated picture, the young woman to the left, wearing one of the Ter Borch’s spectacular satin skirts, has received a letter from an admirer. Her older companion brings a steadier hand and heart to the task of answering gracefully. One or two of Ter Borch’s half-sisters served as models for the figures in this painting and as muses for his sympathetic observations of women.