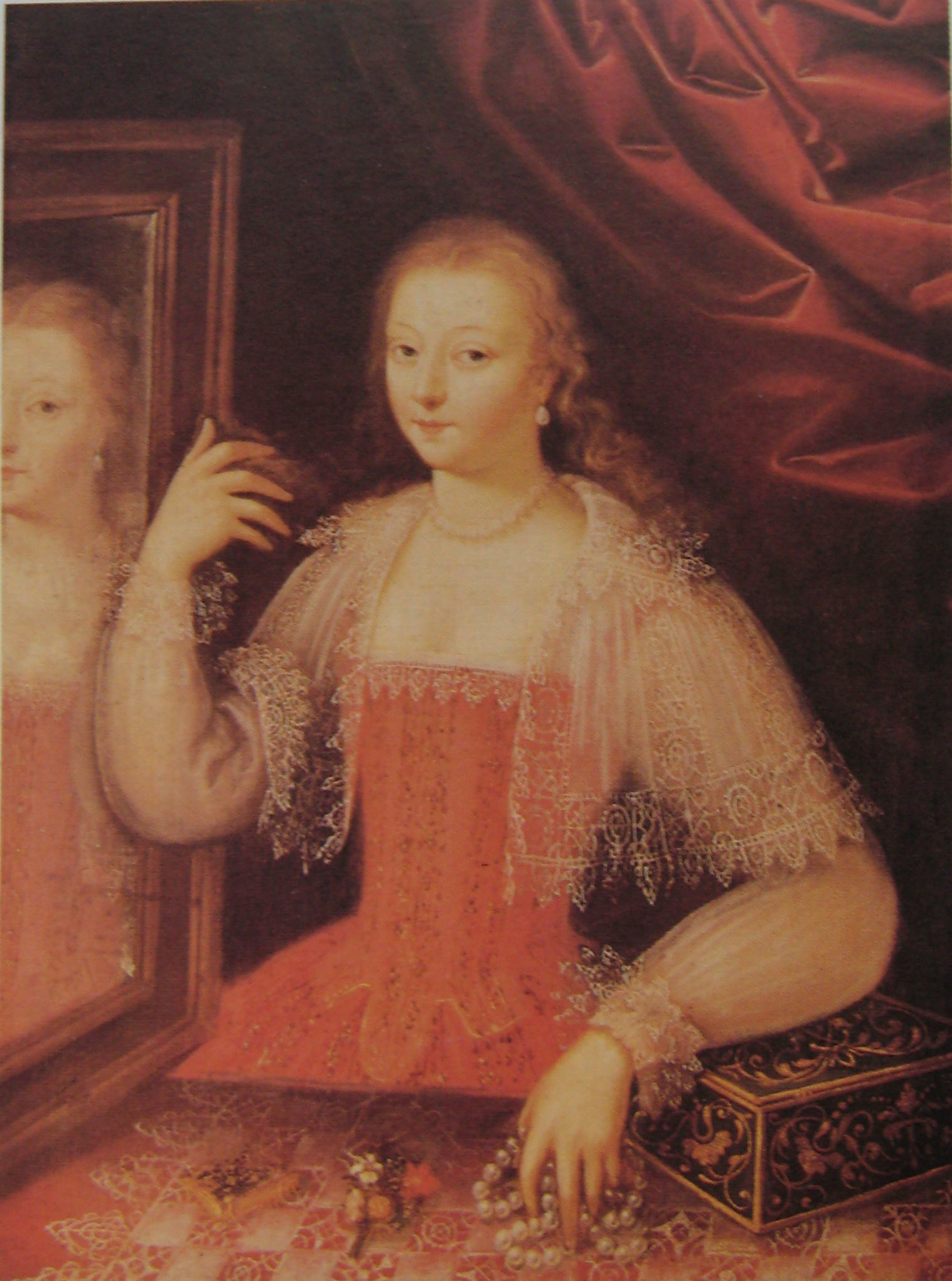 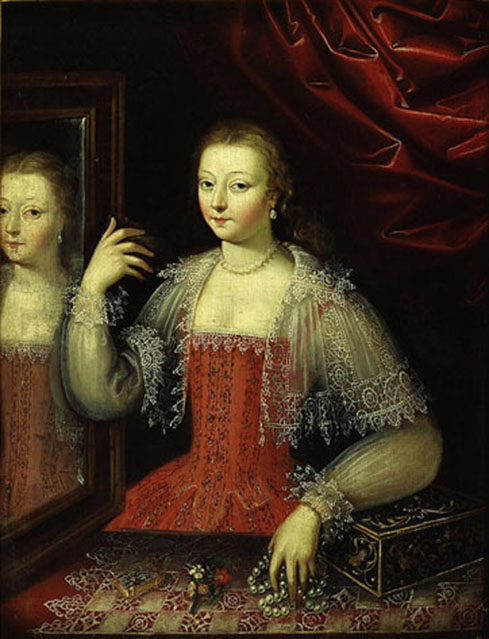 ” Woman at her Toilet, was painted by a member of the French School of the 17th century and is dated to the beginning of the 1600s. It is currently at the Musee Ingres, and a picture can be found in Anne Kraatz’s book Lace: History and Fashion.

This woman is depicted wearing her petticoat with stays worn over it, something seen in later 17th century paintings. Although this painting does not clearly show the boning ridges (this may be due to a decorative covering to the stays or to the quality of the picture), the angle of the tabs indicate that they are stiffened in some way. The straps of the corset are visible beneath the sheer cape worn by the woman to protect her clothing while dressing her hair. “