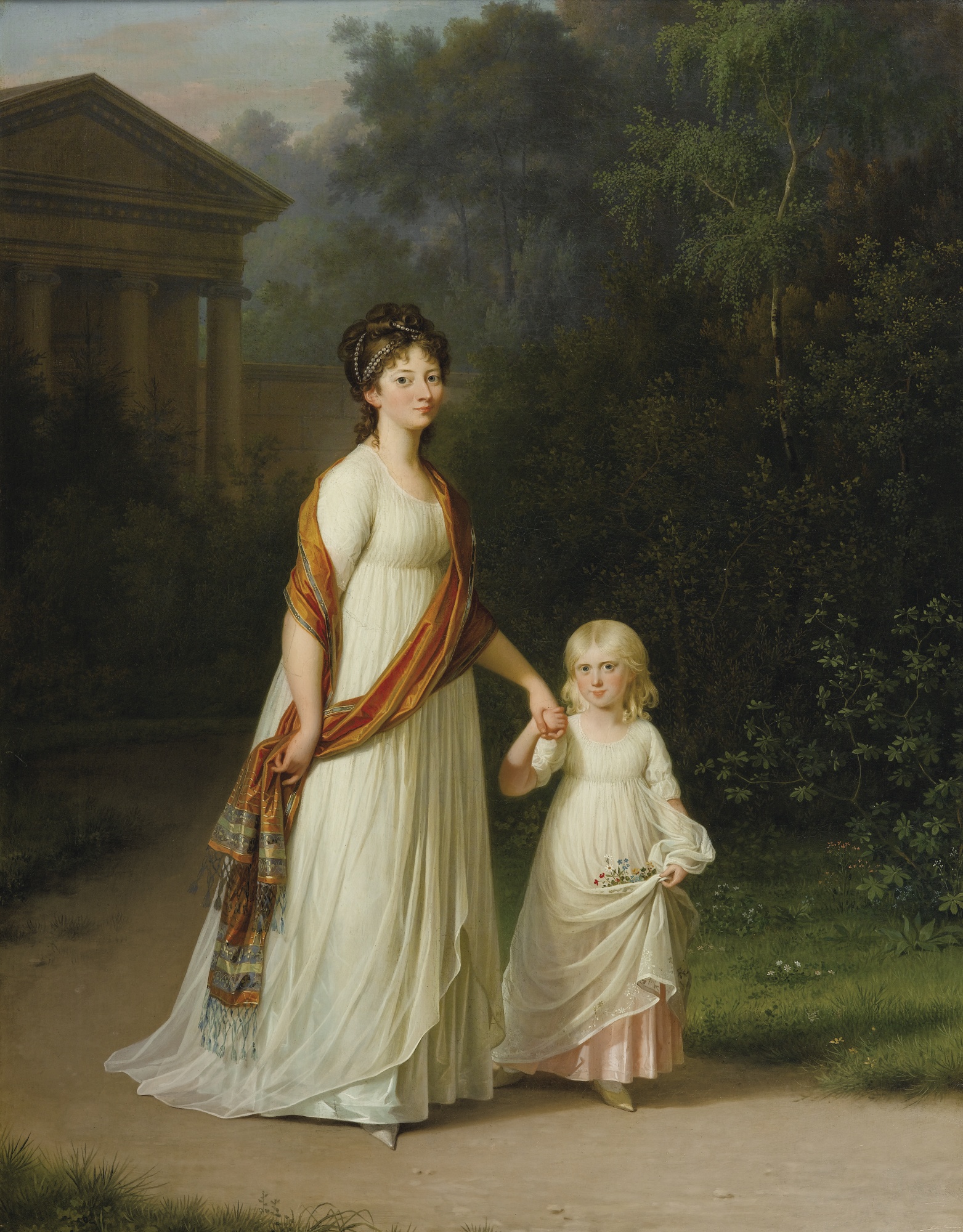 “Marie-Sophie-Frederikke married Frederick VI in 1790, when he was still prince of Denmark and Norway, and yet already regent of the country, due to his father’s illness. The composition, executed circa 1800, thus portrays the Royal Princess of Denmark and Norway, eager to assume the duties that are but already hers. She is accompanied by her eldest daughter, Caroline, aged 7. The future royal couple will have two sons who will die shortly after their birth. No male heir will come directly from their union. However, their nephew, whom they will adopt, will become Christian IX of Denmark. His son, Valdemar, will marry Marie d’Orléans, Louis-Philippe‘s great-grand-daughter, thus strengthening the ties between France and Denmark, that will keep growing through time. The picture was offered to the present owners by the countess of Rosenborg, spouse of count Waldemar de Rosenborg, and grandson to Valdemar of Denmark and Marie d’Orléans.”