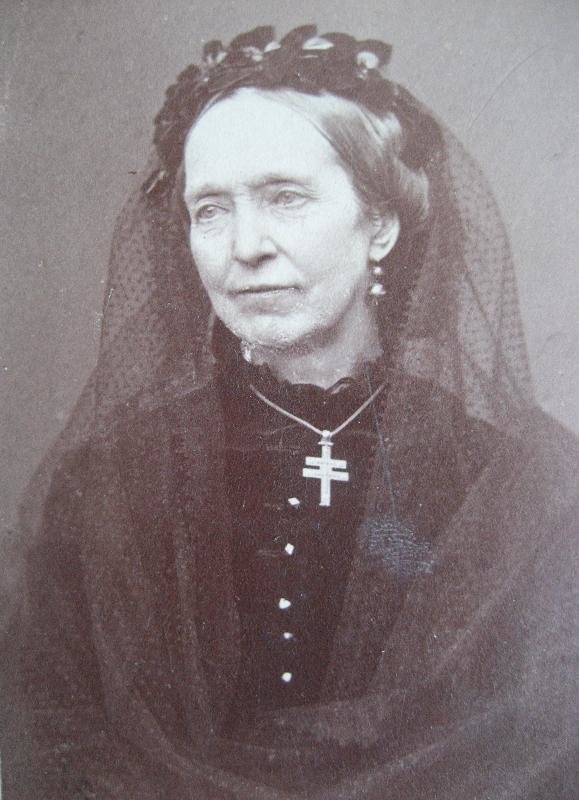 On some websites it says that this photo is from 1860s after her husband’s death in 1859. However she looks too old for 53 years. On another blog it says the photo was taken in May 1875 when she visited the Pope in Rome. I think that is more likely for she looks more similar to other photos and paintings around that time, also by Bertha Valerius.

Note the difference between the two photos: the cross is slightly different, although it seems to be the same photograph. She wears a Croix de Lorraine. Jewelry in the shape of this cross were quite common at the time. The Cross of Lorraine is part of the heraldic arms of Lorraine in eastern France. Between 1871 and 1918 (and again between 1940 and 1944), the northern third of Lorraine was annexed to Germany, along with Alsace. During that period the Cross served as a rallying point for French ambitions to recover its lost provinces. This historical significance lent it considerable weight as a symbol of French patriotism.