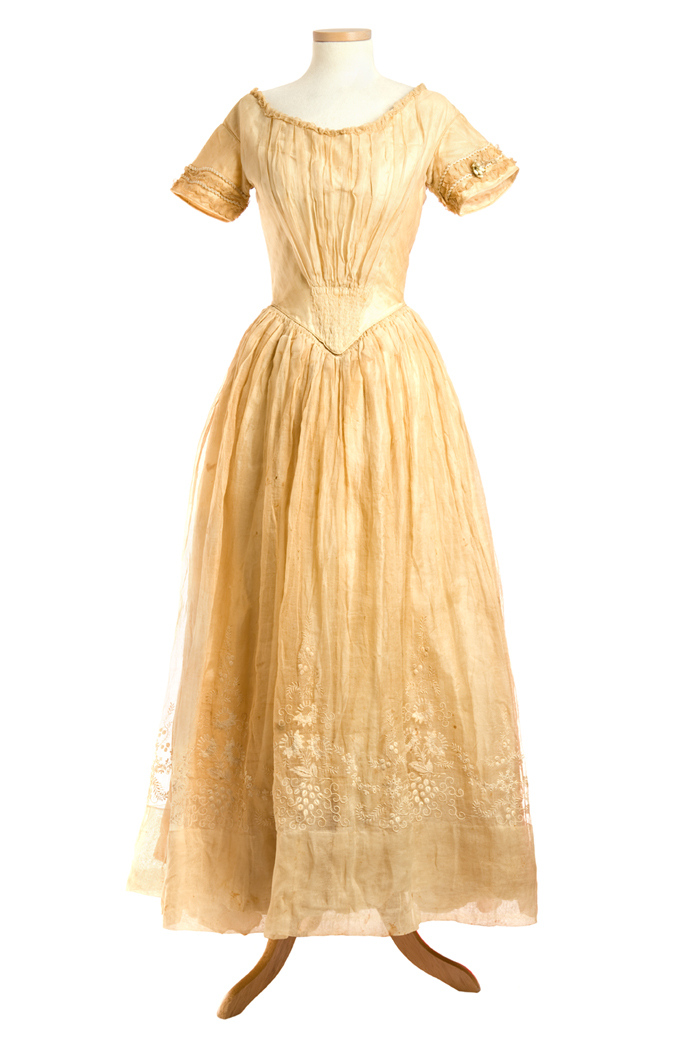 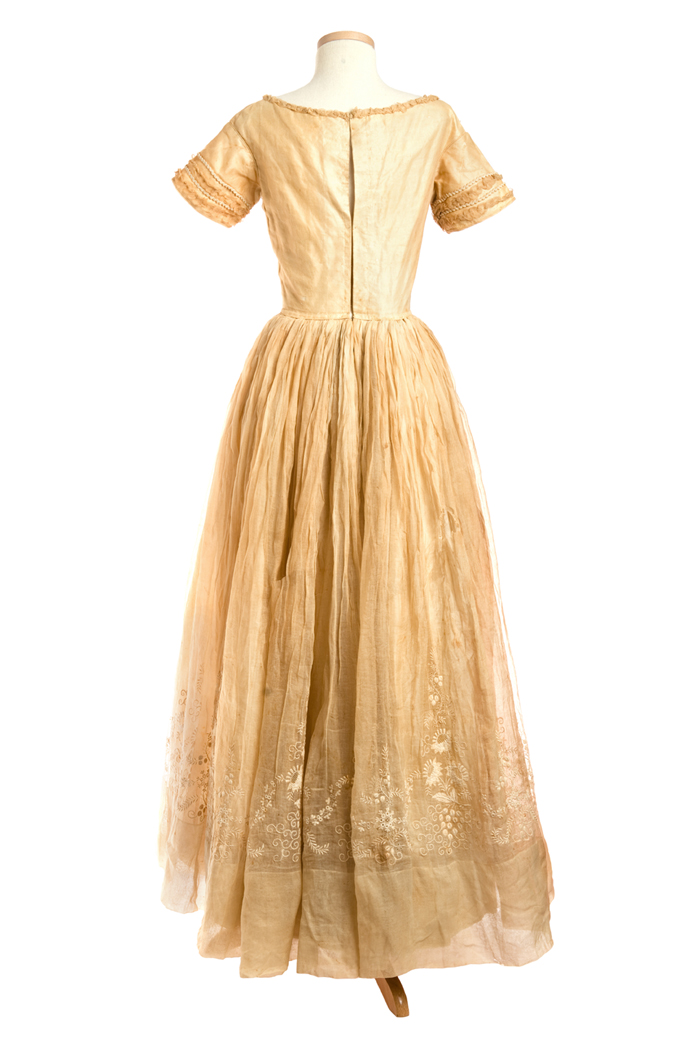 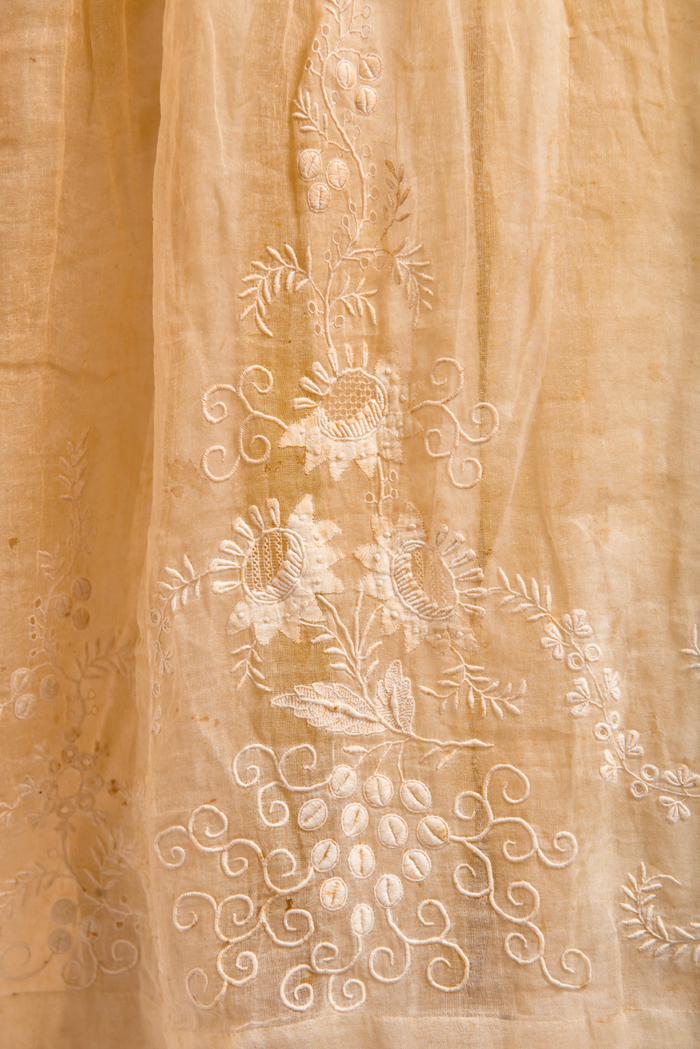 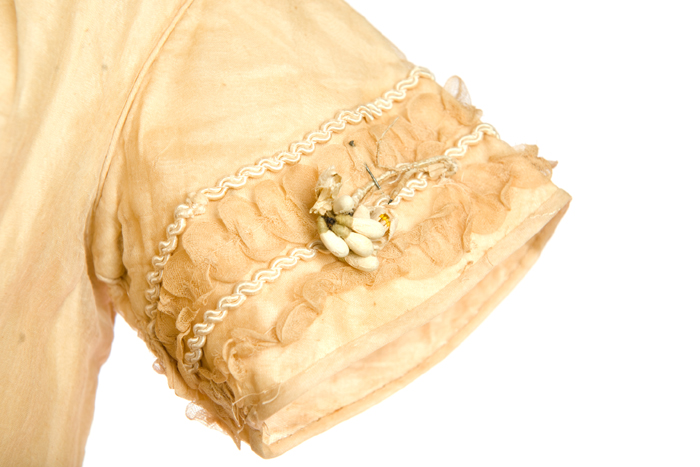 “This lovely dress was the wedding dress of Anne Porcher Mazyck (1820-1881) who married Gabriel Manigault (1809-1888) on November 4, 1846. The sheer organdy dress has a pleated and ruched bodice, extending into a point below the waistline where the full skirt is tightly gathered. Around the lower portion of the full skirt is a band of beautiful floral embroidery. The round neckline and short sleeves are trimmed with gathered tarlatan; the sleeves also have two narrow bands of silk braid. One sleeve even has a tiny white leather orange blossom bud pinned on. The entire garment is lined with cream silk. The hooks and eyes are missing from the back opening. While extremely yellowed with age (and remnants of original starch), the dress is still charming in its feminine silhouette, so popular during the 1840s.

Anne was the daughter or Philip Porcher Mazyck and Mary Stanyarne of Charleston. Her husband, Gabriel, was the son of Joseph Manigault and Charlotte Drayton, also of Charleston. He was born in his parents’ house in Wraggborough, now the Joseph Manigault House, open to the public and operated by the Charleston Museum. Gabriel was a staunch supporter of the Confederacy, a signer of the Ordinance of Secession and a Colonel during the war. Several years after the war, he moved his entire family and some other relatives to London, Ontario, to escape a life under Yankee domination. They had six children, including Edward Middleton Manigault who married Harriet Winstar Barnwell. They were the parents of Ann Mazyck Manigault, who donated the dress to the Museum in 1960.”