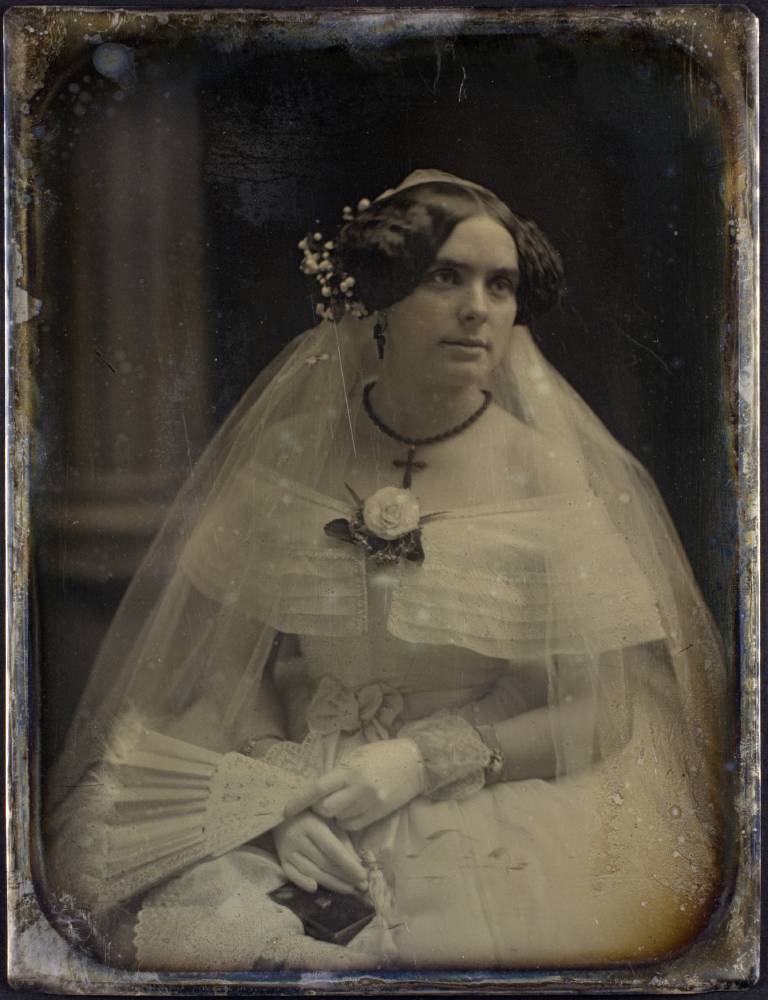 ” Southworth and Hawes were well-known for their bridal portraits. The Feigenbaum Collection of Southworth & Hawes, contained several examples of brides and bridesmaids. Perhaps the most unusual S&H bridal daguerreotype was a stereoscopic portrait of a bride consisting of two whole-plate daguerreotypes which was produced for their Grand Parlor Stereoscope. This image inspired a poem in the Boston “Atlas” for April, 1854 entitled “The Bride of the Stereoscope.” The poem was printed on the back of the Season Tickets sold for viewing of the Grand Parlor Stereoscope at the Southworth & Hawes studio, and is reproduced on page 37 in the book The Spirit of Fact (David R. Godine and George Eastman House, 1976). There is an illustration of a whole-plate of a bride on the same page. “

{ via George Eastman House Collection and quote by Mark Jacobs }