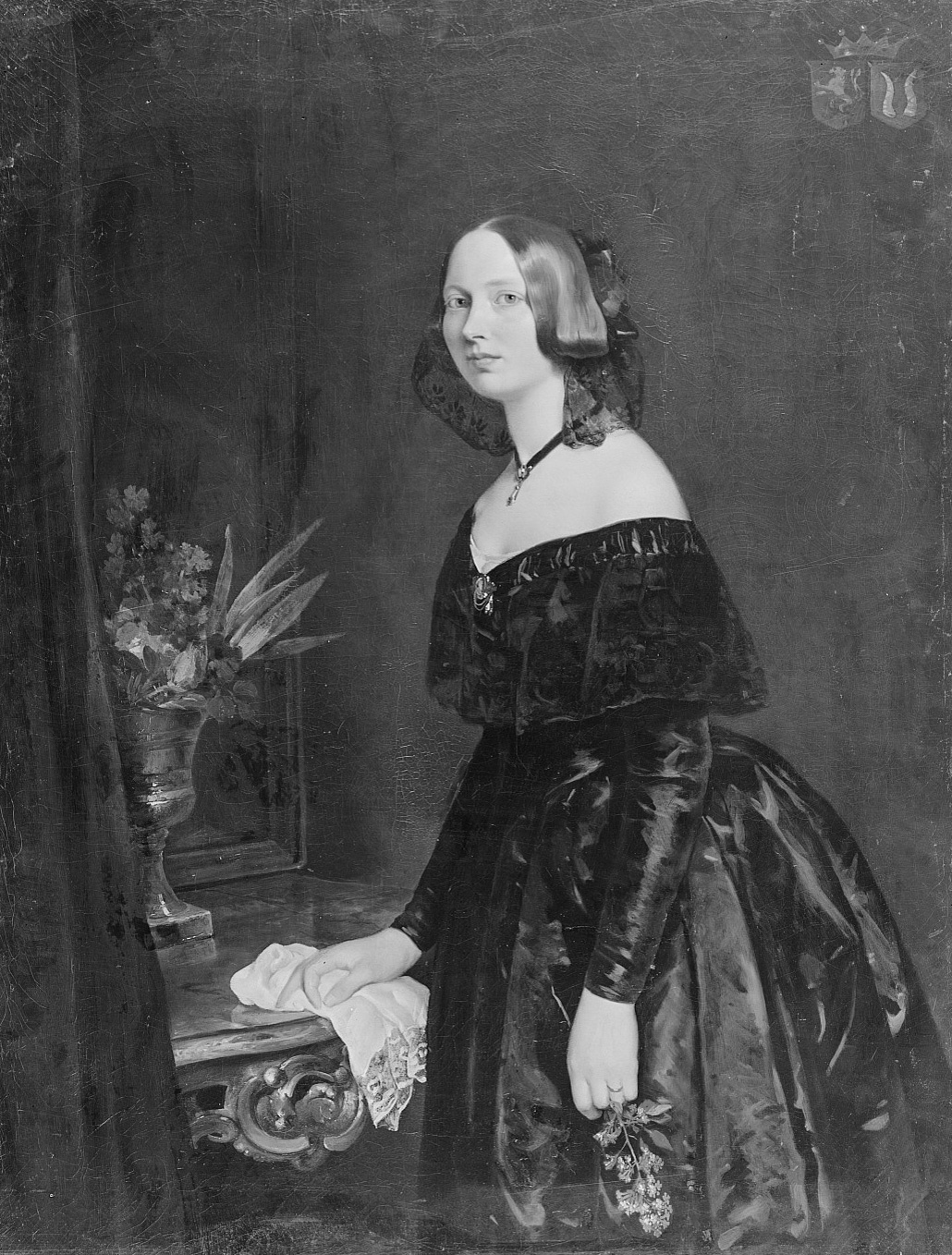 She was the wife of Oswald von Schönberg, see my other post here.

Supposedly the painting below is also Ida, wife of Oswald, painted by von Rayski in 1841. They look like two different women to me, what do you think? The coat of arms on the right is also different. 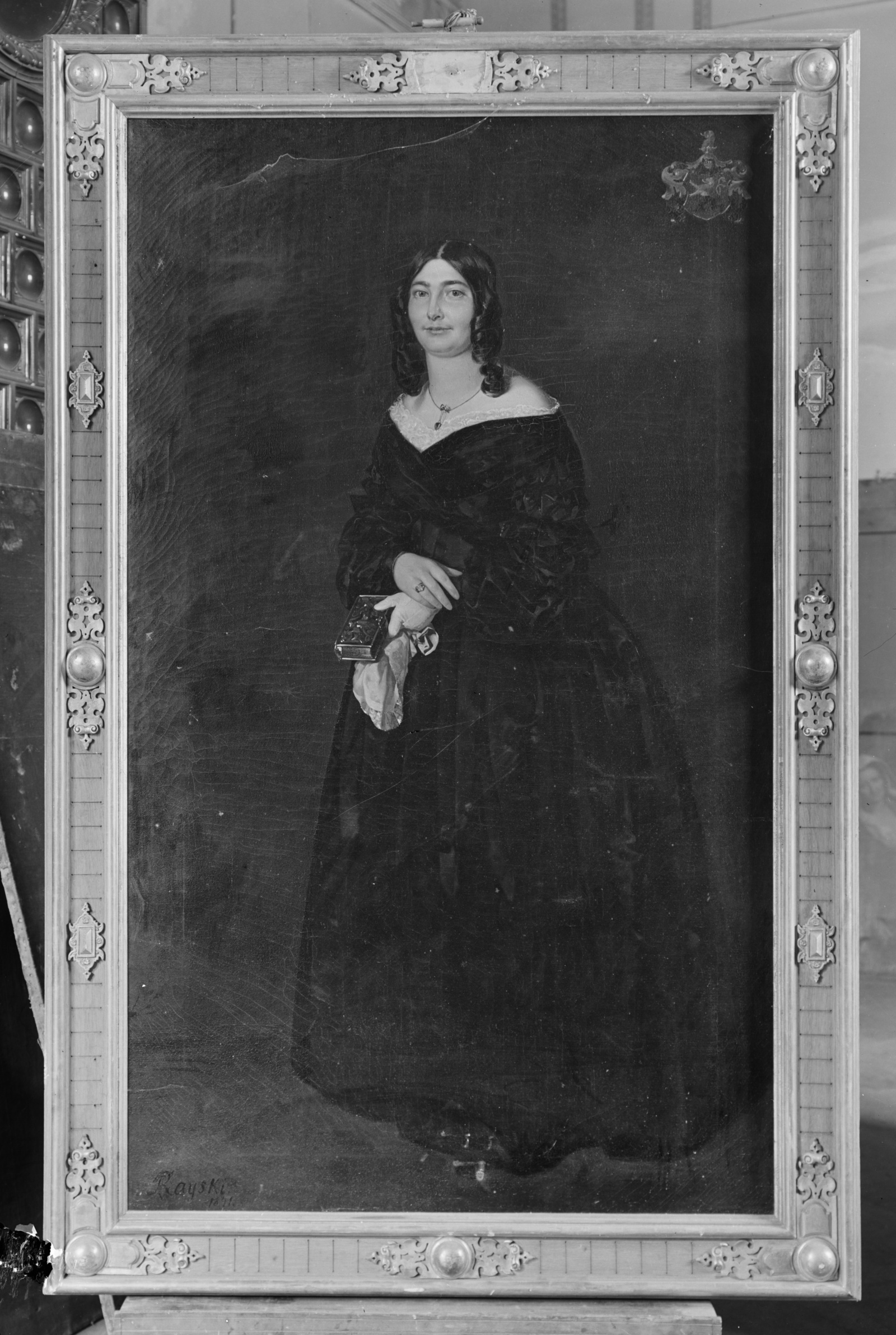