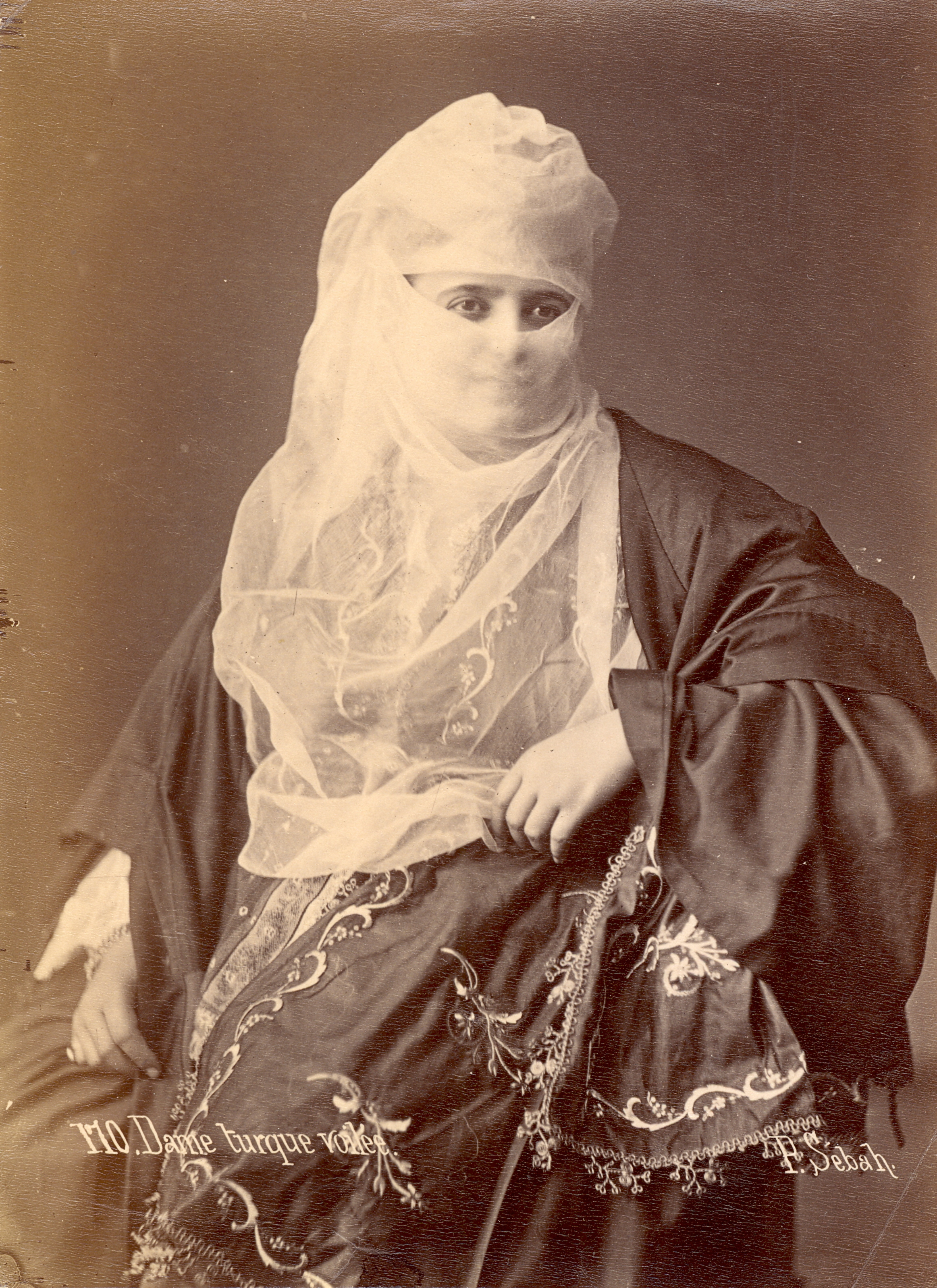 Pasqual Sébah was one of the most important professional photographers of his time in the Ottoman Empire. Today, his works are highly sought after by museums and collectors.

Of Syrian or Lebanese origins, Sébah (1823-1886) was a leading photographer in Constantinople, now the city of Istanbul. In 1857 he opened a studio, which he called “El Chark,” next to the Russian Embassy on the Grande Rue de Pera, the main shopping street of the European part of the city. He sold photographs of the city, ancient ruins in the surrounding area, portraits, and images of local people in traditional costumes to tourists. His prints are signed P. Sébah.

Sébah rose to international prominence because of his well-organized compositions, careful lighting, effective posing, attractive models, and great attention to detail. His career coincided with intense Western European interest in the “Orient,” which was viewed as exotic and fascinating.

In 1860, he secured the collaboration of the French photographer A. Laroche to direct his studio. As Sébah’s technician, Laroche turned out photographic prints of superior quality.

Sébah’s career was accelerated through his collaboration with the artist, Osman Hamdi Bey (1842-1910). Osman Hamdi Bey posed models, often dressed in elaborate costumes, for Sebah to photograph. The painter then used Sébah’s photographs for his celebrated Orientalist oil paintings.

In 1873, Osman Hamdi Bey was appointed by the Ottoman court to direct the Ottoman exhibition in Vienna and commissioned Sébah to produce large photographs of models wearing costumes for a sumptuous album, “Les Costumes Populaires de la Turquie.” The album earned Sébah a gold medal awarded by the Viennese organizers, and another medal from the Ottoman Sultan Abdulaziz.

In that same exceptional year of 1873, Sébah opened a branch in Cairo, Egypt, on the Esbekieh next to the French Embassy, where he installed his associate, Laroche. (The Cairo studio remained in business until 1898.)

Johannes (Jean) grew up to become a talented photographer in his own right, but to profit from his father’s fame, he signed his photographs J. Pascal Sébah. In 1888 he went into partnership with a French photographer resident in Istanbul, Polycarpe Joaillier. The firm of Sébah and Joaillier were named the official photographers of the Sultan, and at his command took photographs all over his empire.

Joaillier returned to Paris in the early 1900s, but Jean Sébah continued the studio, forming a partnership in 1910 with Hagop Iskender and Leo Perpignani. The latter left the firm in 1914. Jean Sébah and Hagop Iskender retired in 1934, leaving the business to Iskender’s son, Bedros Iskender and his partner, Ismail Insel. Ismail Insel eventually became sole partner and renamed the studio Foto Sabah, which remained in business until 1952. (Sabah means “morning” in Turkish.)

With all the changes, the studio that Pascal Sébah began in 1857 lasted 95 years.