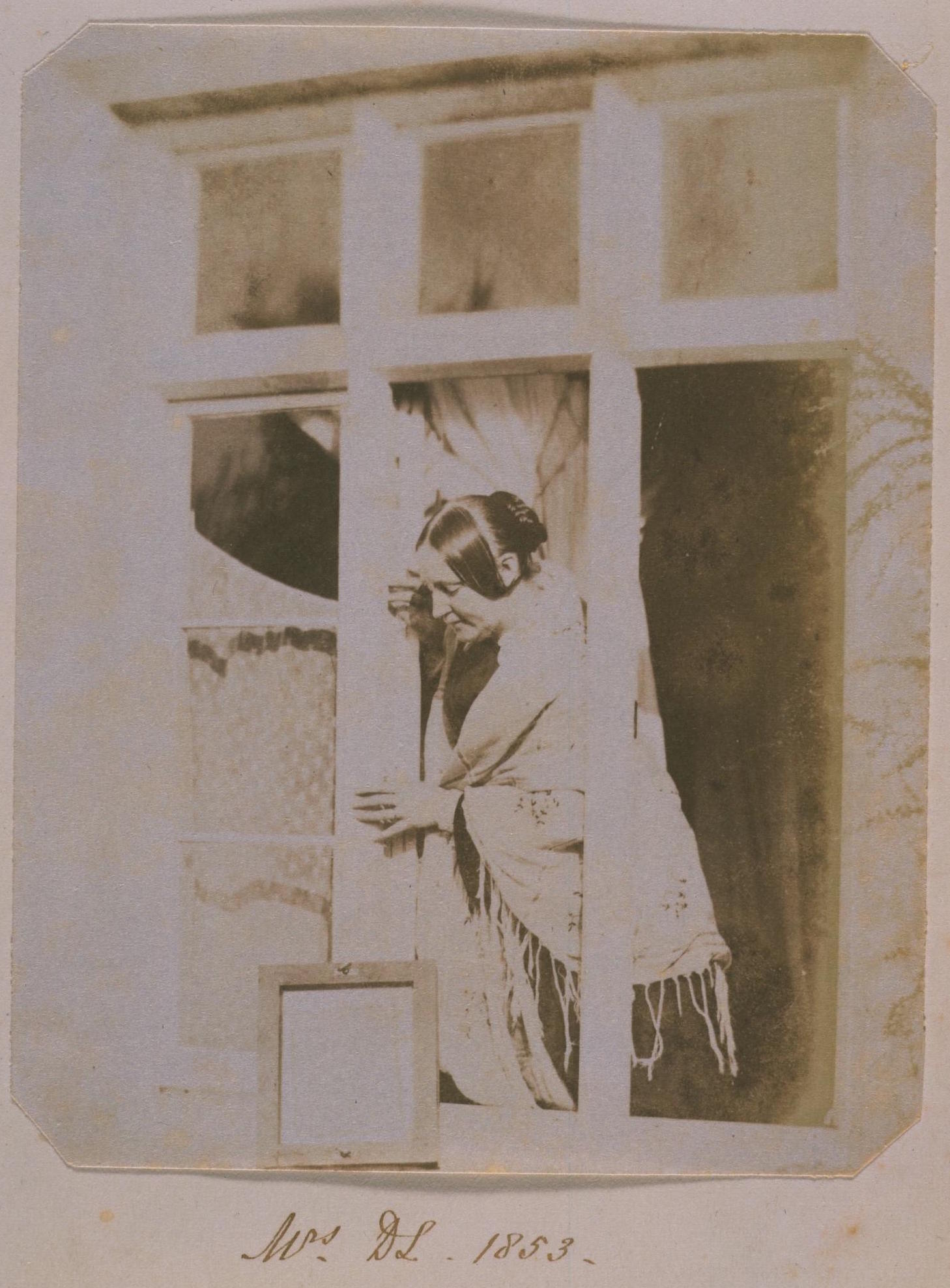 In 1833 John Dillwyn Llewelyn married Emma Thomasina Talbot, daughter of Thomas Mansel Talbot and Lady Mary Lucy, née Fox Strangways, the younger daughter of the Earl & Countess of Ilchester. Thomas was related to William Davenport Talbot and Mary was the sister of Elisabeth Talbot, the parents of William Henry Fox Talbot. Henry Talbot, through his botanic interests was a friend of Lewis Weston Dillwyn and spent some of his teenage years at Penrice, the home of the Welsh Talbots, also visiting Penllergaer. 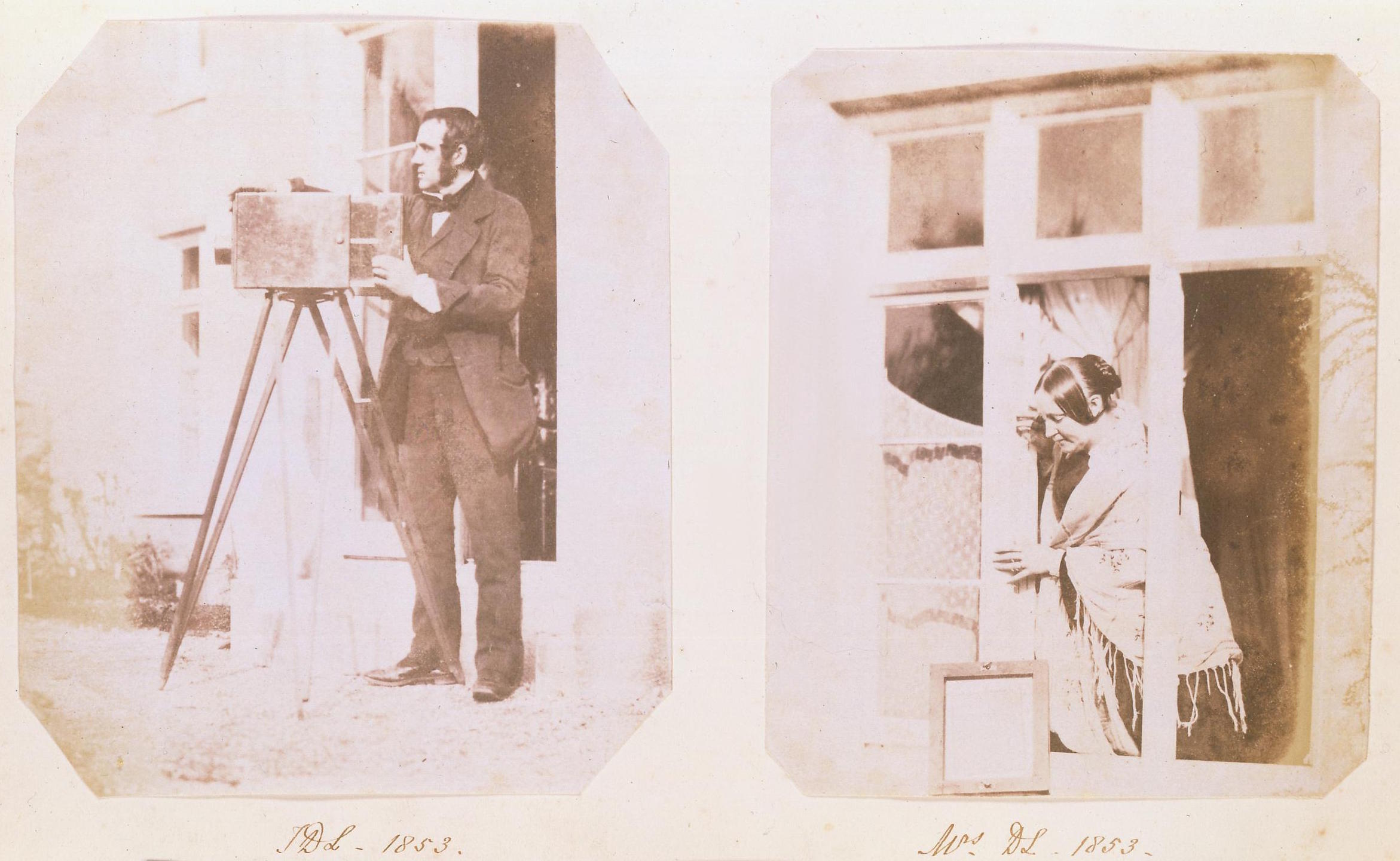 On the left, the pioneering Welsh photographer J.D. Llewelyn stands with his camera. He learned of the calotype, or paper negative, photographic process directly from its inventor, his cousin-in-law, William Henry Fox Talbot. On the right, Llewelyn’s wife leans over a printing frame, which was used to secure a negative against sensitised paper for exposure in sunlight.