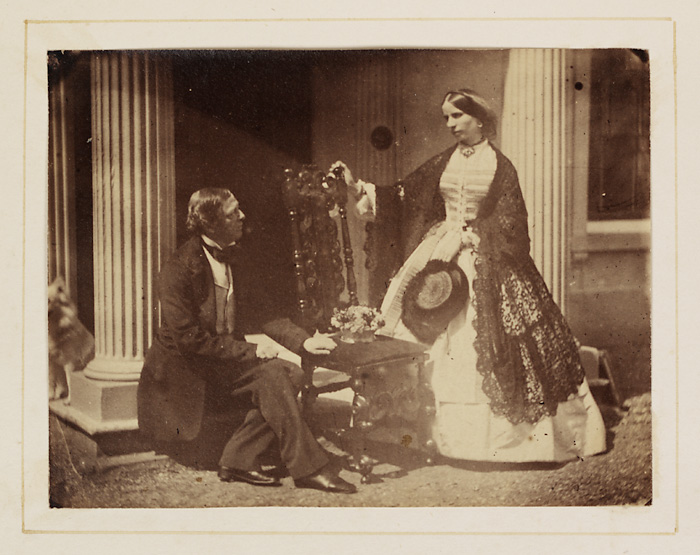 In the middle of the 19th century a group of people in Swansea, Wales, became captivated by a new invention – photography. Between 1841 and 1856, John Dillwyn Llewellyn (1810-1882), of Penlle’r-gaer, his family, and many of their acquaintences experimented with, and even developed, exciting new photographic processes. They compiled the world’s first family albums with photographs of their friends and relations that reveal the warmth and delight of life within the walls of the great landed estates of Victorian Wales.

The National Library of Wales has five albums of photographs from the Dillwyn Llewelyn family, as well as a number of single images. The albums combine informal family portraits with landscapes, still life studies and architectural studies. Within the Dillwyn Llywelyn circle identification of the creators of individual photographs can be difficult. This is in part due to photography being regarded as a family pastime with different family members involved in different stages of the process. These albums contain prints prepared from calotypes and wet collodion negatives.

The relaxed nature of those family members and friends depicted in these early photographs is in stark contrast to the formal studio portraits of the time. It is their ease in front of the camera that betrays the familiarity with which the Dillwyn Llewelyn family and acquaintances felt for photography. It was not for another fifty years that the world at large would share this ease in front of the camera.