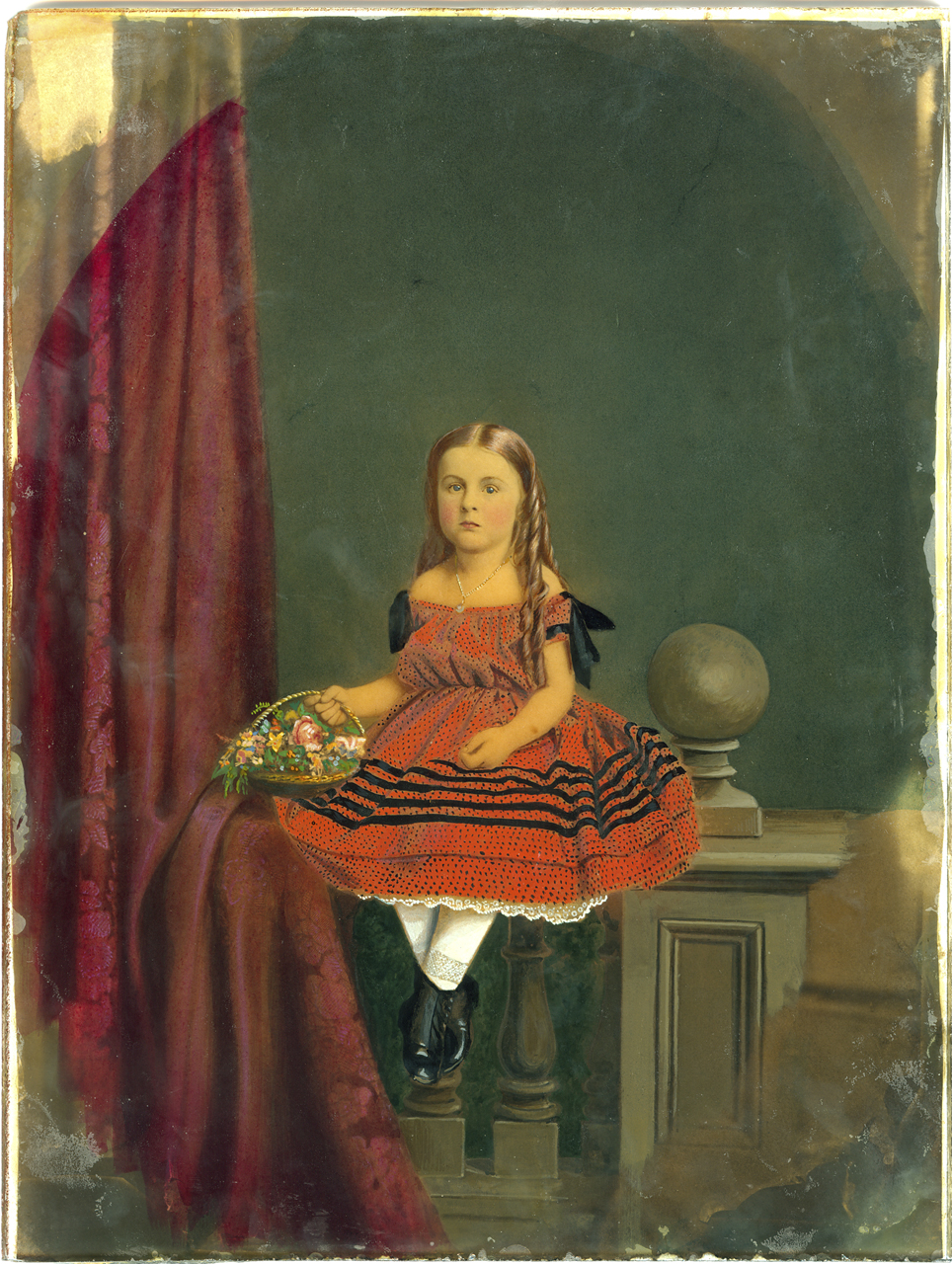 The American Ivorytype was developed in Philadelphia in 1855, probably by Wenderoth, and was produced mostly in Philadelphia. While the Talbotype was made from a paper negative, the Ivorytype had a negative on glass, and so was able to render finer detail. It used a salt print rather than an albumen print, because the albumen wouldn’t allow for the transparency necessary in the process that required two prints from the same negative. The literature shows several variations of the process that produced intense color. The sharpness and sheen of ivorytypes may have appealed to some who loved the daguerreotype more than the contemporary images on paper.