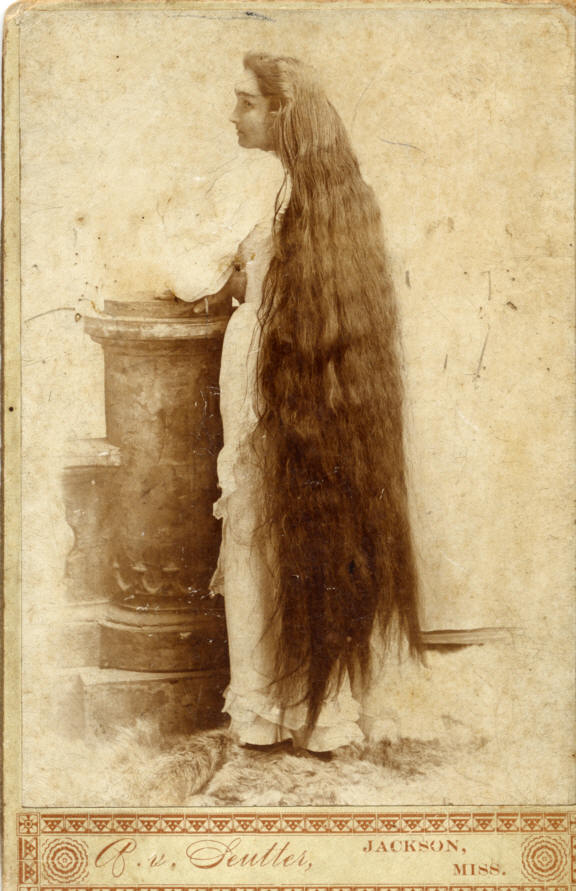 Prior to the construction of Ivy Cottage, Elisaeus von Seutter (1827-1909) had made his way from Lindau, an island of Lake Constance in Germany. Born into an aristocratic family, he was an “educated” man, after which he took a position in Seutter & Company, located in Prague. With a certain spirit of unrest, von Seutter left his position in 1848, emigrating to the United States through New Orleans.

With hopes of exploring the West von Seutter lived for a while in St. Louis, Missouri, where his “letters of introduction” from home got him no place. After surviving malaria, he accepted the invitation of Max Kuner, a friend and native of Germany, to join him as a jeweler of Downing, Moody and Kuner in Vicksburg, Mississippi. After mastering jewelry crafting, watchmaking, and engraving, he ventured on his own to open a business in Raymond, Mississippi. During this time he returned to Germany, marrying his long time sweetheart, Julia Hoch. He and Julia would have eight children, only 3 of home lived passed the age of 11 – Armin in 1854, Edward in 1860, and Carl in 1866. While his business was a lucrative one until 1860, the American Civil War caused him to lose much of his property and led to the failure of his business in Raymond. By 1870, however, he had reestablished himself in the capitol city – Jackson, Mississippi, where he built a shop at the corner of State and East Capitol Street, a two story brick building. Eventually, the building would house both his jewelry/watchmaking business on the first floor and a photography studio on the second floor. While watchmaking restored von Seutter’s business and wealth, his own family income, along with his wife’s much larger income, allowed the family to begin again with no real problems.

Elisaeus von Seutter was born in 1827, the youngest son of the German aristocratic family Seutter von Loetzon. He grew up in Lindau, an island located on the shores of Lake Constance, Germany.

After finishing school von Seutter entered the house of Seutter & Company in Prague, Austria. In 1848, von Seutter, at the age of 21, arrived in New Orleans with the intention to explore America and the far West, but after landing on American soil, he moved to St. Louis and attempted to find work with European letters of introduction. While living in St. Louis, von Seutter caught malaria. Ill, homesick, and quite disappointed with his stay, he accepted an invitation from Max Kuner (his school friend) to join him in Vicksburg, Mississippi. Von Seutter moved to Vicksburg and joined Kuner in the jewelry business at the firm of Downing, Moody and Kuner.

Elisaeus von Seutter soon mastered the trades of jewelry crafting, watchmaking, and engraving. He later chose to venture out on his own, opening a jewelry shop in Raymond, Mississippi. After establishing a successful business, von Seutter went back to Austria to visit family and to marry “the girl he left behind,” Julia Hoch. Eventually, von Seutter moved back to Mississippi with Julia and settled in Raymond.

After the Civil War, von Seutter lost the majority of his property and business. He moved to Jackson, Mississippi, and slowly rebuilt his jewelry shop. He constructed a two story brick building, at the corner of State and Capitol Streets, to serve as a jewelry shop (on the first floor) and a photoshop (on the second floor). Von Seutter also built his home, known as the “Ivy Cottage,” on North State Street in Jackson. Preceding the entrance of the Ivy Cottage was a beautiful garden, filled with an array of flowers, vines, and exotic plants that von Seutter often tended. In the Ivy Cottage the von Seutters had eight children, only three of whom lived past the age of 11—Armine, Edward Raymond, and Carl.

Elisaeus von Seutter was known as a pioneer of the city of Jackson. He established the oldest jewelry business in Mississippi. He was actively involved in the community, serving as an alderman (1890), a member of the Episcopal Church, and a member of the Independent Order of Odd Fellows (I.O.O.F.) and the Knights of Honor (K. of H.) fraternities. He was also a man of multiple talents, having a liberal education and a skilled background in drawing, mechanics, and geometry. Goodspeed’s acclaims his as a proud mixture of education, talent, and integrity. Von Seutter also published multiple texts, including an autobiographical story called “The Immigrant,” a series of letters on the World’s Exposition in Paris (1878), an account of his subsequent Continental travels (published in the Jackson Daily Clarion, 1878), and poetry. Von Seutter died on June 17, 1900, nearly six months after the death of his wife (January 1, 1900). Armine, Edward, and Carl (his sons) carried on his legacy by continuing business in the jewelry and photography trades and having active roles in the community.

Is it me, or does the woman of this photo very much look like the lady on this photo here (see my other post). Was she perhaps a daughter-in-law of Seutter? The wife of Armine, probably the one who took the above image (I cannot really decipher the first initial properly, is it an “E” or an “A”? I’d say the latter…which would date the photo after 1900, when the sons took over the father’s business…). 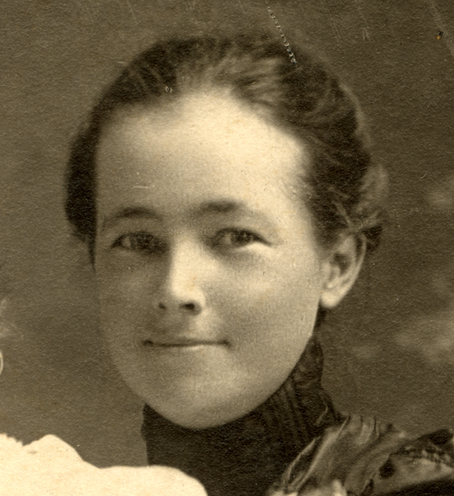