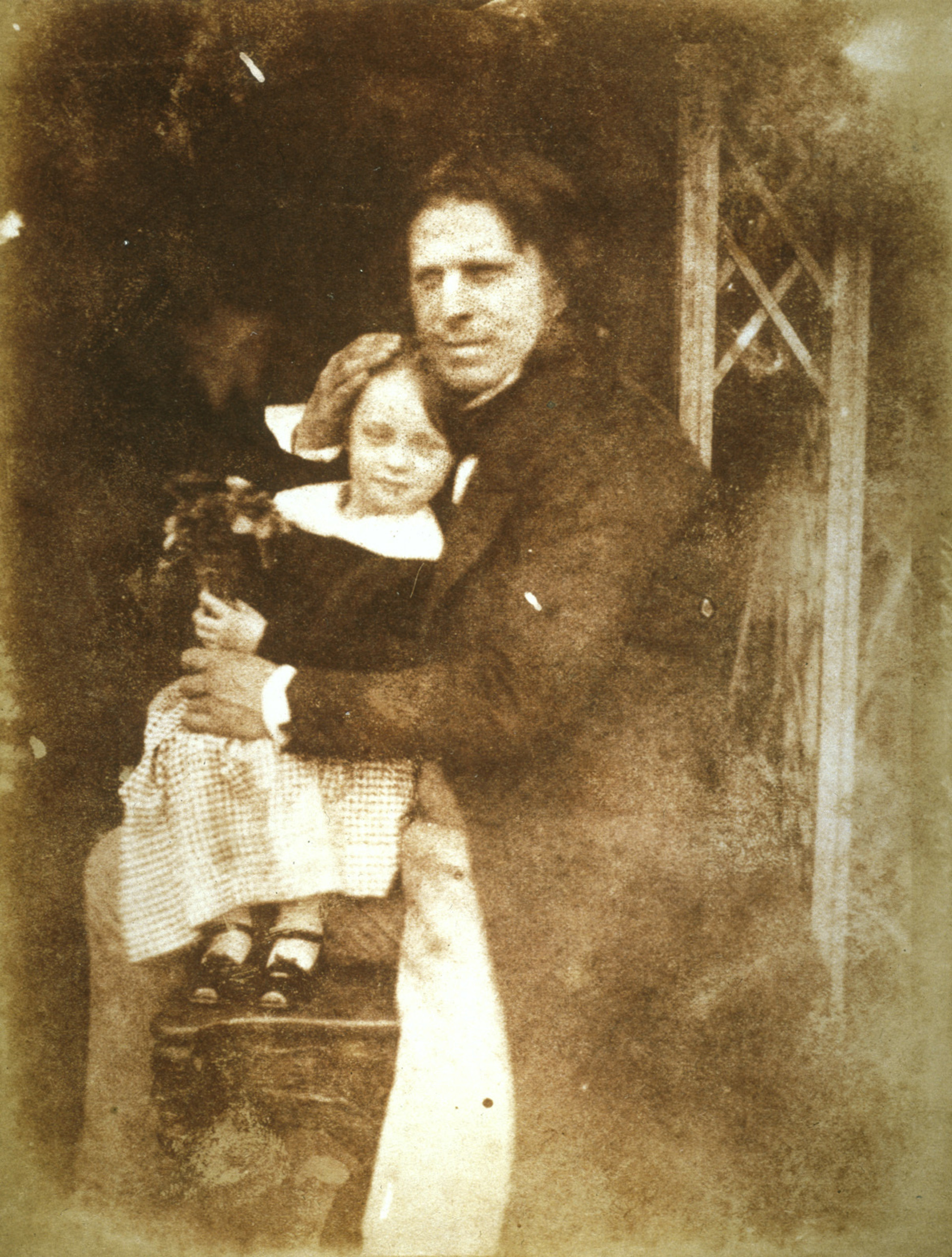 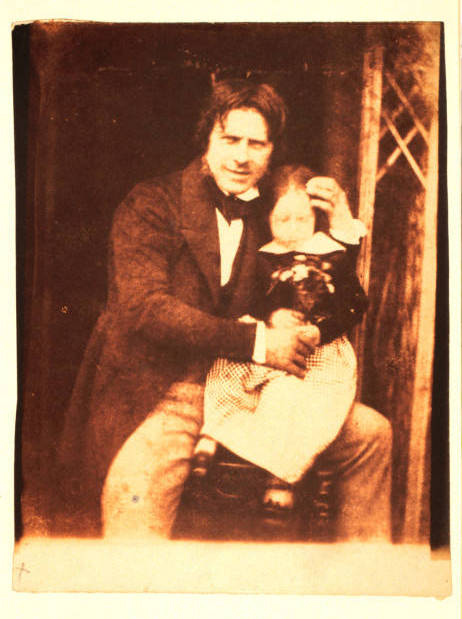 David Octavius Hill was a respected painter and secretary of the Royal Scottish Academy before he entered into the famous partnership with Robert Adamson. A handsome, sociable and cheerful man, Hill was much loved within Edinburgh society. In 1837 he married his first wife, Ann Macdonald, who died in 1841, leaving him a widower with an only child. Charlotte, nicknamed Chatty, was born in 1839 but died in her early twenties. This photograph shows the affection Hill felt for his daughter. At the same time, this particular pose provided a practical way of holding the child still, as exposure times for the early calotypes could run into several minutes.

A painter and a lithographer by training, David Octavius Hill is best remembered for the beauty of the calotypes he and Robert Adamson produced together. Hill was a sociable and kind-hearted man who did much to support the arts in Scotland and between 1830 and 1836 he was the unpaid Secretary of the newly established Royal Scottish Academy. After Adamson’s death, Hill’s attempt to start a new partnership with the photographer Alexander MacGlashan around 1860 failed. Hill is to this day revered as one of the first in the trade who transformed photography into an art form.

Robert Adamson was one of the first professional photographers, setting up in business in Edinburgh in March 1843. He had aspired to be an engineer but his health was too poor. His brother, John, who was involved in the early experiments with photography in St Andrews, taught him the calotype process. Shortly after opening his studio on Calton Hill, Robert met the painter David Octavius Hill. They worked together for a few weeks on studies for a grand painting of the Free Church of Scotland before entering into partnership to explore the possibilities of photography. Despite Adamson’s early death, the two produced some of the most impressive works taken in the medium and greatly influenced later practice in the art.

There is another photo of Charlotte, see my other post here.