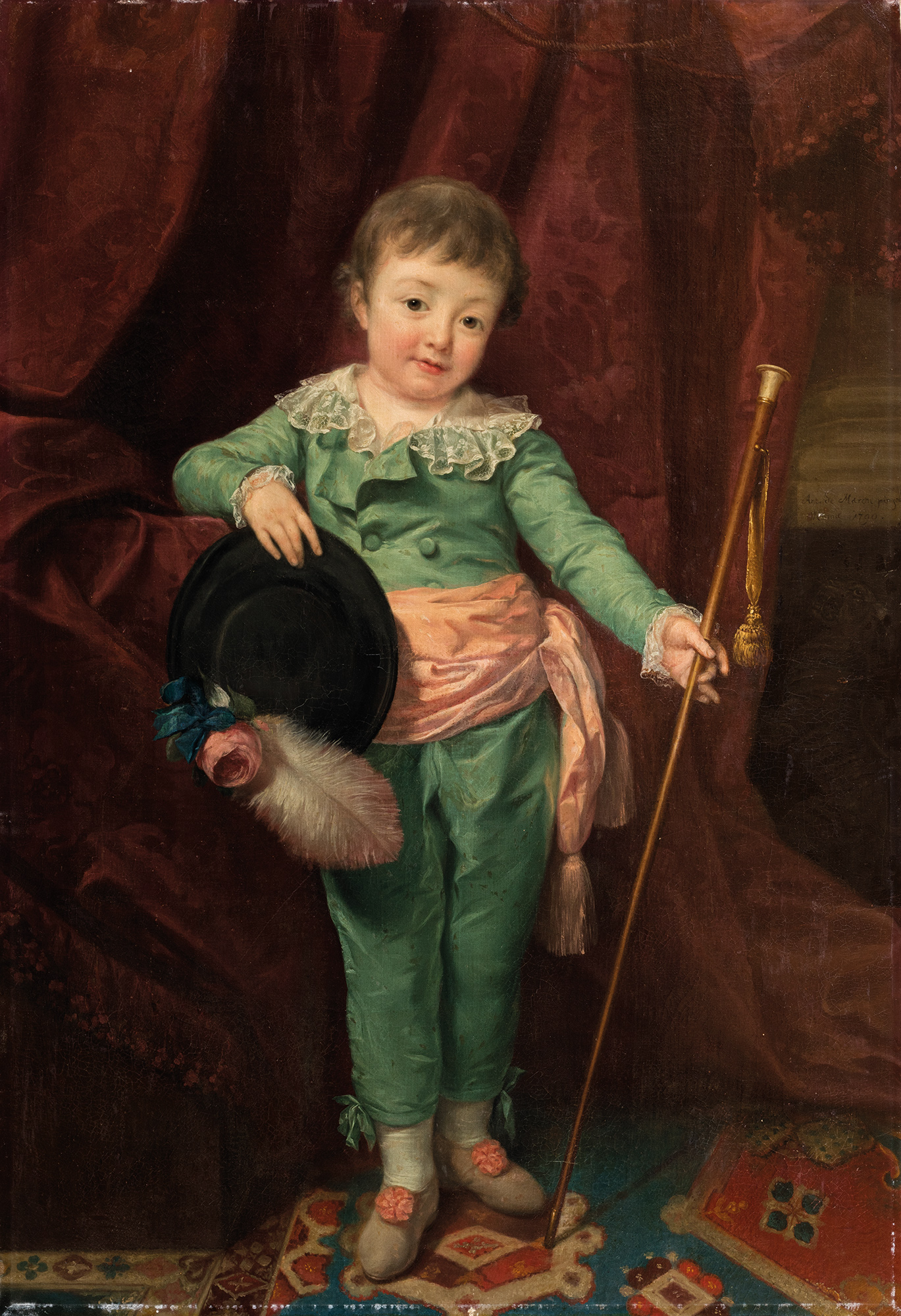 Buonaccorso VIII (1787-1856) is three years old on this painting. He was the youngest son of Count Alessandro Buonaccorsi (1740-1817) and Countess Maria Cinthia Petroni. They were from Macerata area. The painting comes from the Buonaccorsi residence Villa Buonaccorsi in Potenza Picena. The painter Anton von Maron is of Austrian origin, who established himself in Rome where he was a student of Anton Raphael Mengs, whose sister Teresa Concordia he married.