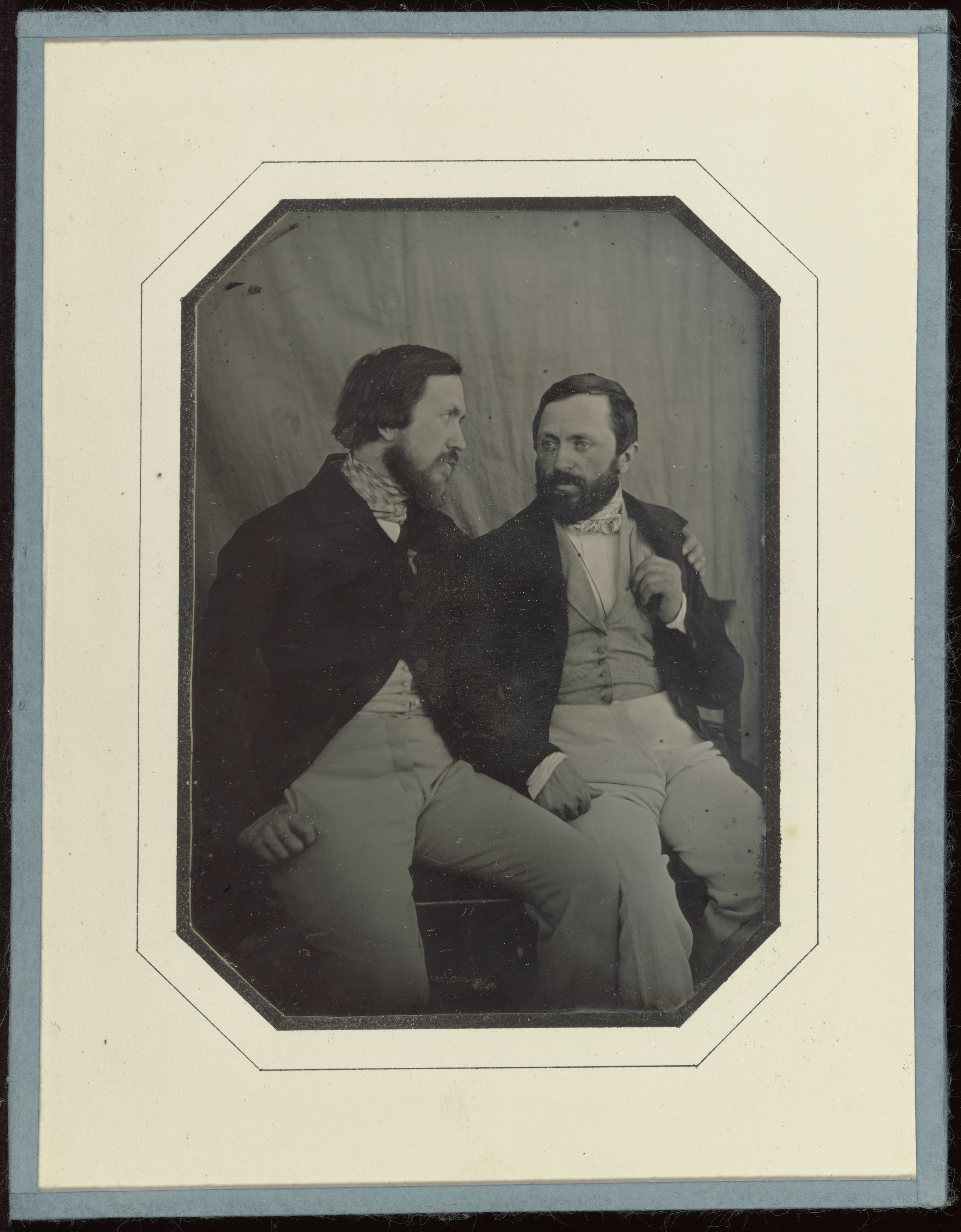 The Flandrin brothers, Paul and Hippolyte, were well-known French academic painters, so closely identified with one another that fellow artists often addressed them as though they were one person. They often created double self-portraits, with the commercial photographer Chabrol acting as camera operator, but not creative director. So similar in countenance that they could be twins, they form near mirror reflections of one another, their individuality betrayed only by the subtle difference in costuming and the turn of a head. The informal backdrop suggests that this work may have been made in the brothers’ own shared painting studio in Paris.

The daguerreotypist known only as Chabrol worked in Lyon, France. Clearly a practical man, he advertised the heated pavilion in his studio at 1 rue de la Prefecture. His studio specialized in portraits “every day and all year round” from 7:00 a.m. until 2:00 p.m., when light was optimal. These were important business considerations in the 1840s; without electricity, daguerreotypes could only be made using available sunlight.