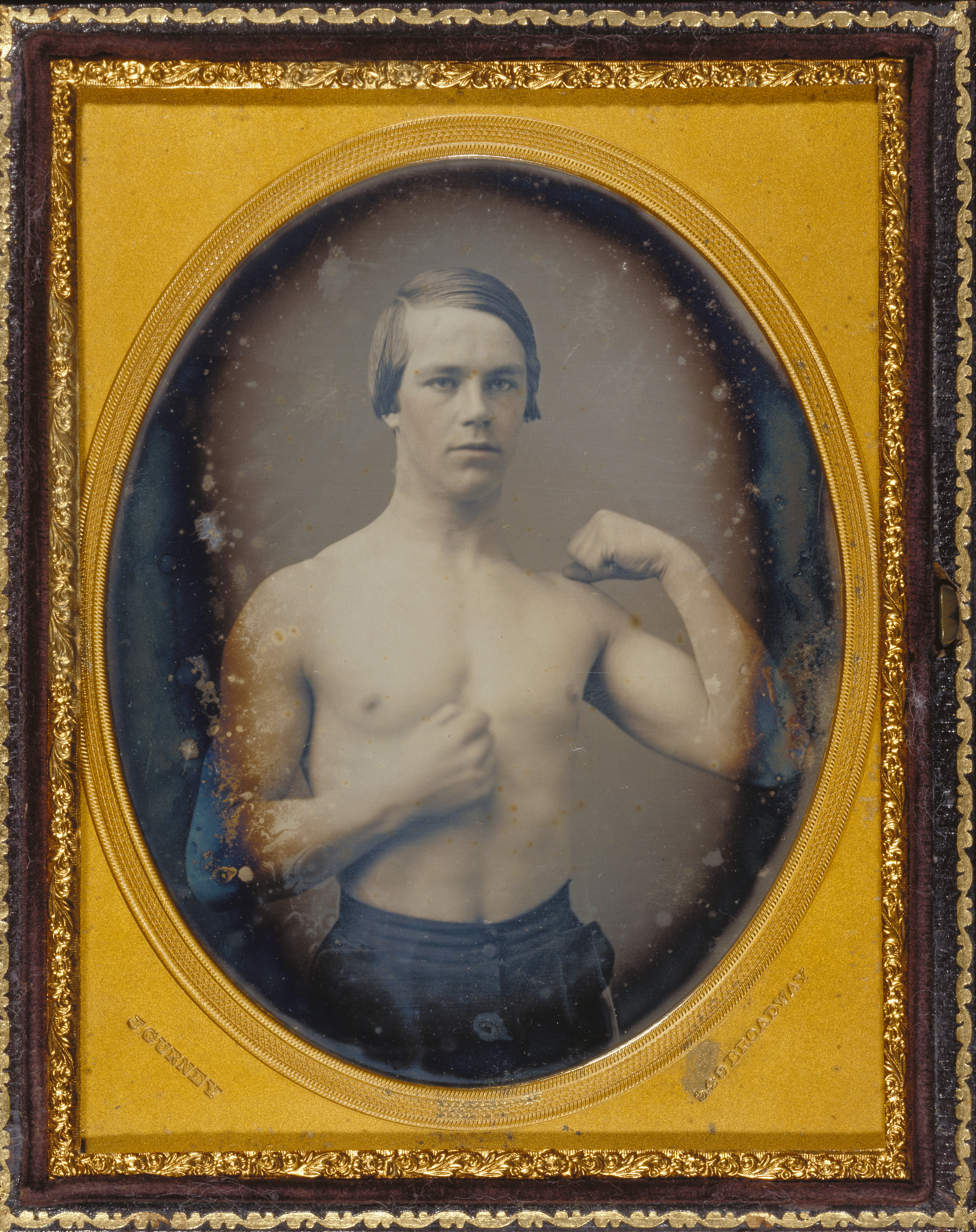 The bare chest and flexed biceps of this young American man might be interpreted as a metaphor for the strength, vigor, and optimism of America in the 1850s. Striking a pose of physical prowess yet exuding youthful vulnerability, the would-be pugilist awkwardly curls back his left fist in a gesture that almost suggests a battle with himself. His elongated neck makes his head seem nearly detached, hovering above his pale torso. The distinct, faint tan line across his neck and shoulders may betray his social class by indicating that he labored outdoors.