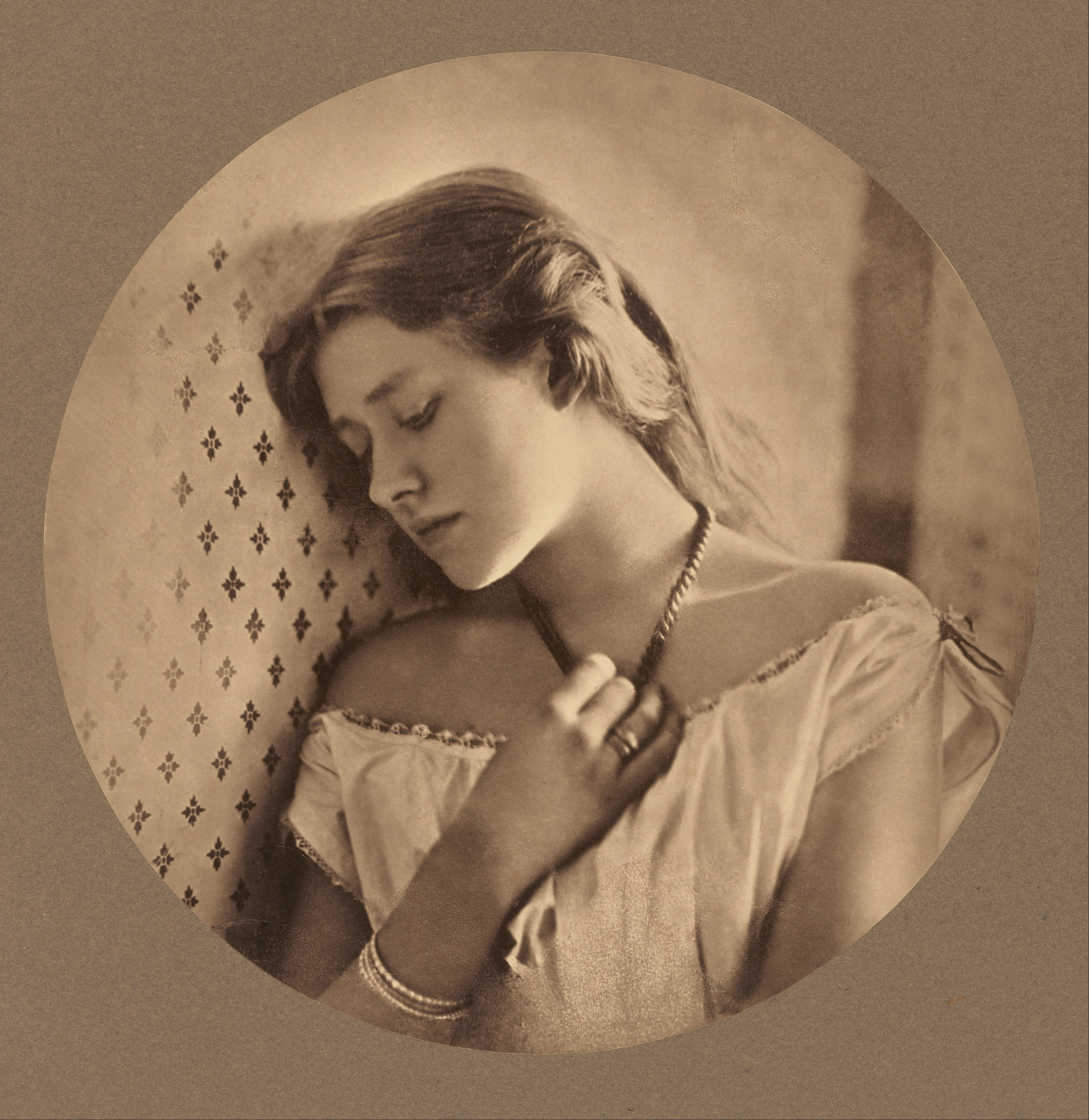 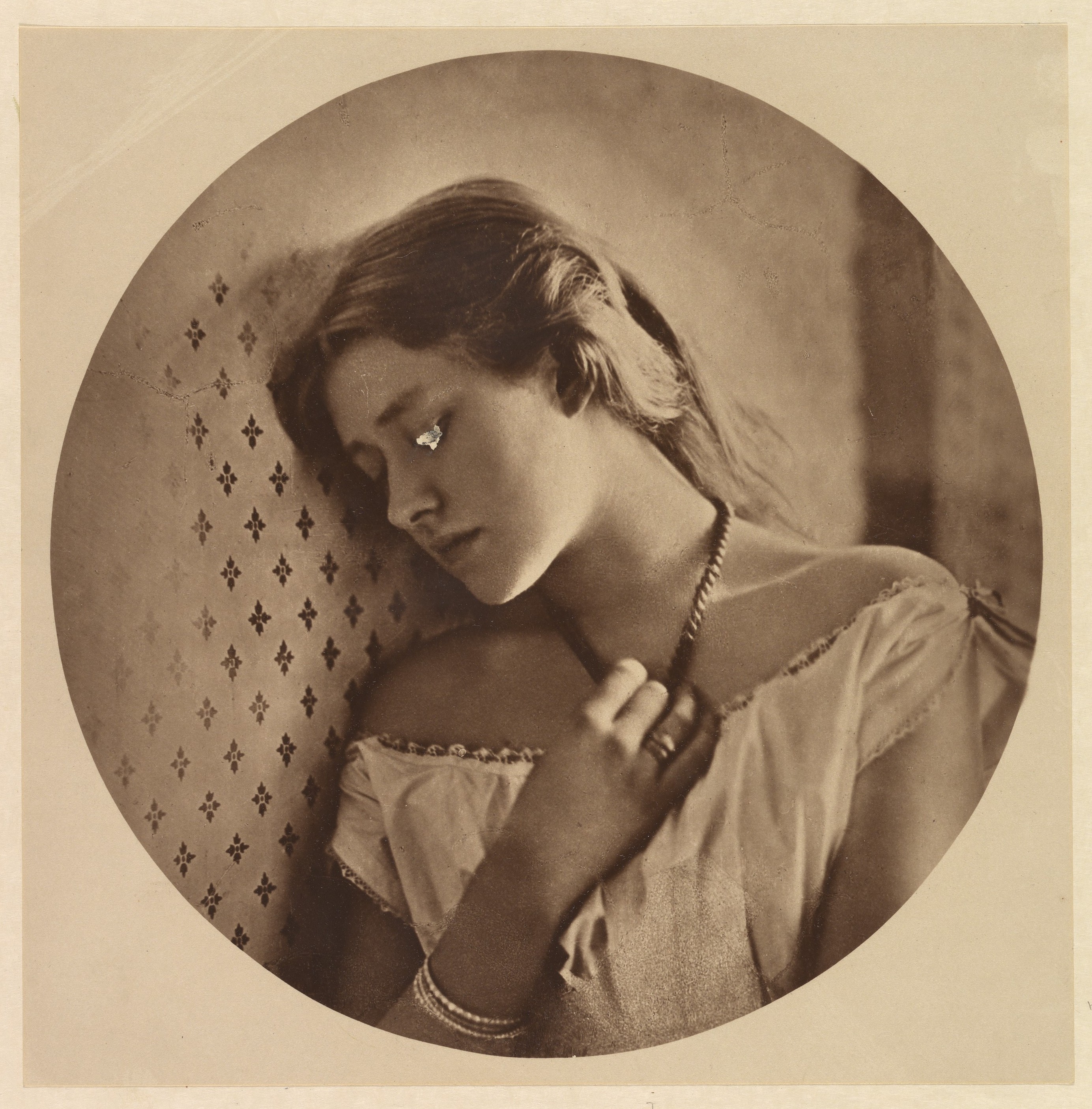 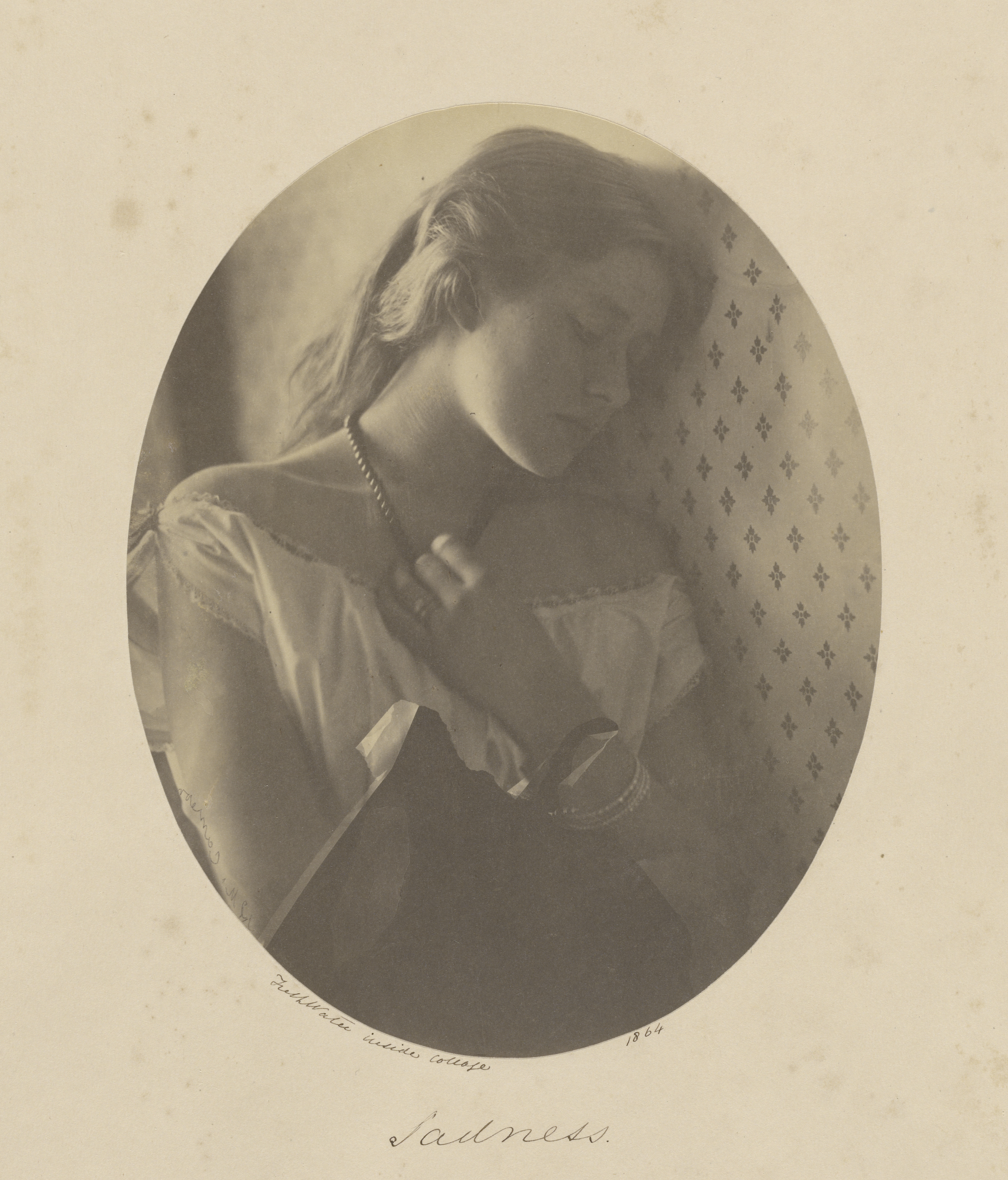 actress Ellen Terry at the age of sixteen by Julia Margaret Cameron, 1864

Julia Margaret Cameron probably made this contemplative portrait of Ellen Terry as a new bride during the Shakespearean actress’s honeymoon stay at Freshwater on the Isle of Wight, where Cameron lived. Terry had married the portrait painter George Frederick Watts, who was thirty years her senior; the marriage, orchestrated by Cameron and her sisters, was a brief and unhappy union.

Terry’s forlorn expression and nervous gesture may be an actress’s performance put on for the camera. Her demeanor, indicated by the title Sadness, which Cameron gave to another print of this image, may also indicate Terry’s realization that her marriage was a mistake. Employing a non-fading print process used for commercially distributed pictures, Cameron’s printer made multiple carbon prints available for purchase by Terry’s and Cameron’s fans.