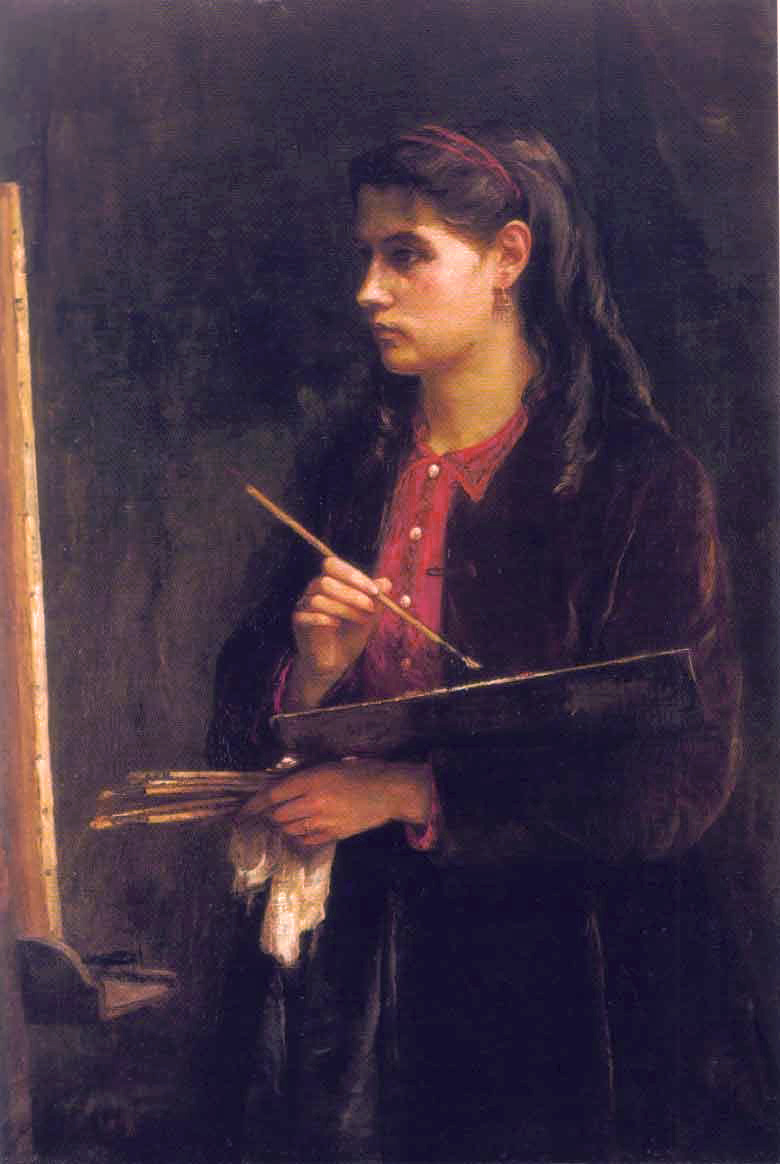 ” Edma Morisot (1839-1921) painted this portrait of her younger sister when Berthe was 24. Berthe had just had her first public success as an artist the year previously, when two of her pieces were accepted into the annual Salon de Paris. The sisters were raised in a cultured and prosperous French family and at that time painting was one of the accomplishments deemed necessary to the complete education of a young lady. However, this principle ran a bit amok in the Morisot household, where rather than simply a polite accomplishment painting became a career choice. In this, unusually, they were supported and encouraged by their parents. The Morisot family were said to be related to the Ancien Régime painter Jean-Honoré Fragonard and perhaps the Morisot parents simply assumed that “blood will out.”

Emma’s abbreviated career was so entwined with that of her more famous sister Berthe. What can be found of Edma’s work online appears to be mainly Barbizon-style landscapes, which is not unexpected considering that both girls were taught for a time by Camille Corot. His stylistic influence on Edma’s work was very strong. Several of Edma’s landscapes can be seen here.

The two artists enjoyed a close and mutually supportive relationship, but their artistic collaboration came to an end in 1869 when Edma married Adolphe Pontillon, a naval officer. At that juncture Edma decided to forgo her artistic career and concentrate solely on family life. After her marriage she still occasionally posed for her sister, and although she apparently did indeed find great fulfillment in her domestic life, she may have had occasional  regrets about the end of the sister’s artistic partnership. The two kept in contact by letter throughout their lives, and in one letter Edma wrote:

“…I am often with you in thought, dear Berthe.  I’m in your studio and I like to slip away, if only for a quarter of an hour, to breathe that atmosphere that we shared for many years…”

source:  Women in the act of painting