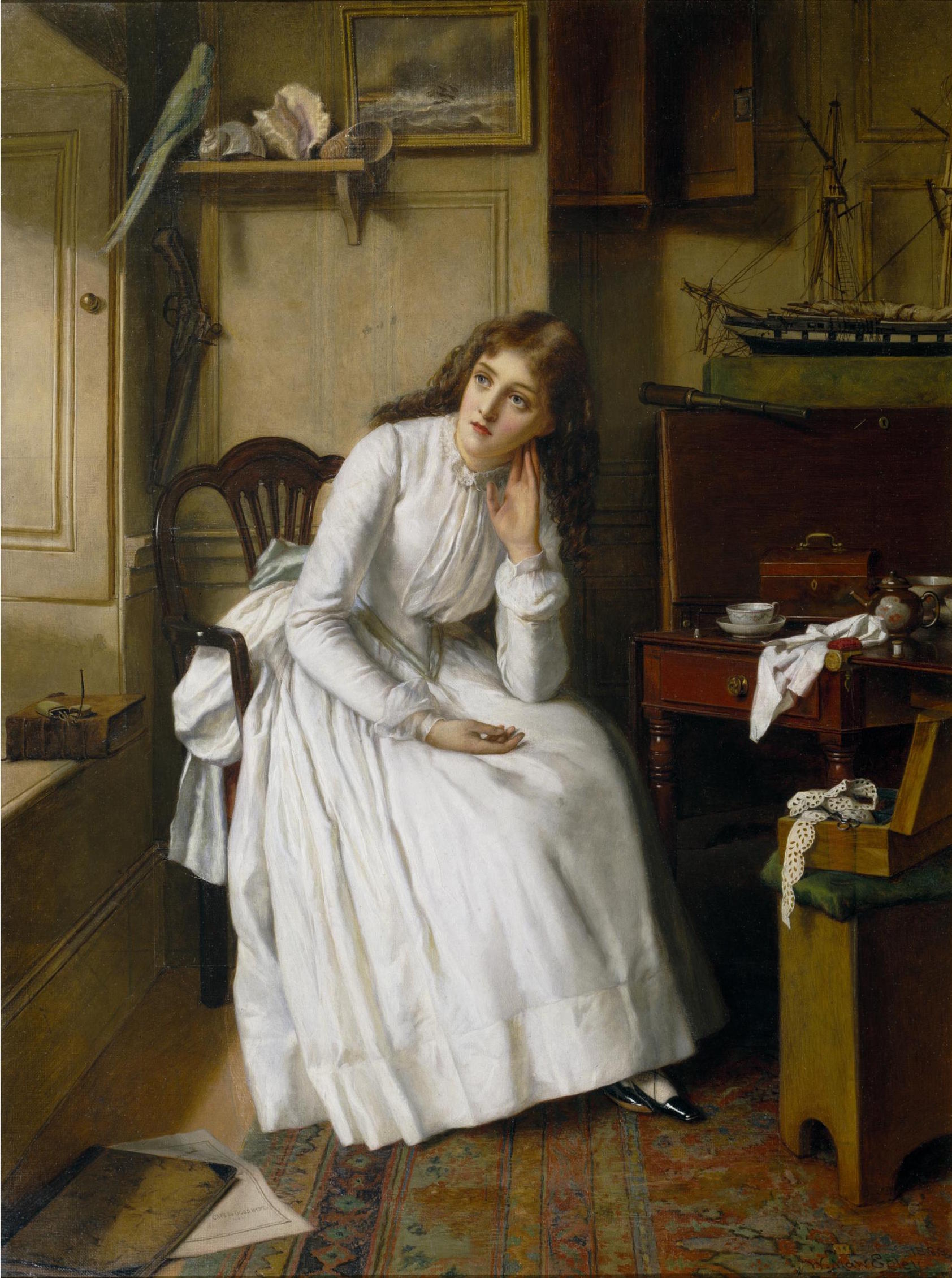 This scene is taken from Charles Dickens’ novel Dombey and Son. It depicts the teenage heroine Florence in refuge from her cruel father. The costume is meant reflect the fashion of 1848, the date of the novel’s publication. The painting  was painted in 1888 and toured Britain between 1889 and 1895.

The picture represents Florence Dombey on the day after she had fled from the cruelty of her father to take refuge in the house of Solomon Gills, the nautical instrument maker, of which Captain Cuttle had taken charge. ‘Florence, being busy with her needle in the little parlour, was more calm and tranquil than she had been on the day preceding‘.

After a detailed description of the composition, Egley adds: ‘Florence was, at this time, presumably, under twenty years of age; and the costume is that of a young girl in 1848, the date of the publication of Dombey and Son‘. The episode depicted is taken from chapter 49 of Charles Dickens’s novel Dombey and Son, first published in monthly parts between 1846 and 1848.

Standing in opposition to the hard capitalist world of Dombey is the shop of Sol Gills, at the sign of the Wooden Midshipman. Though Sol is commercially inept – ‘the world’s gone past me. I hardly know where I am myself; much less where my customers are’ – his heart is in the right place, and with his nephew Walter he cherishes a secret love of the marvellous and adventurous. When Florence Dombey is driven from her home by her father’s harshness, she takes refuge in the Wooden Midshipman, now (in Sol’s absence) under the supervision of the lovably eccentric, sentenious Captain Cuttle.’