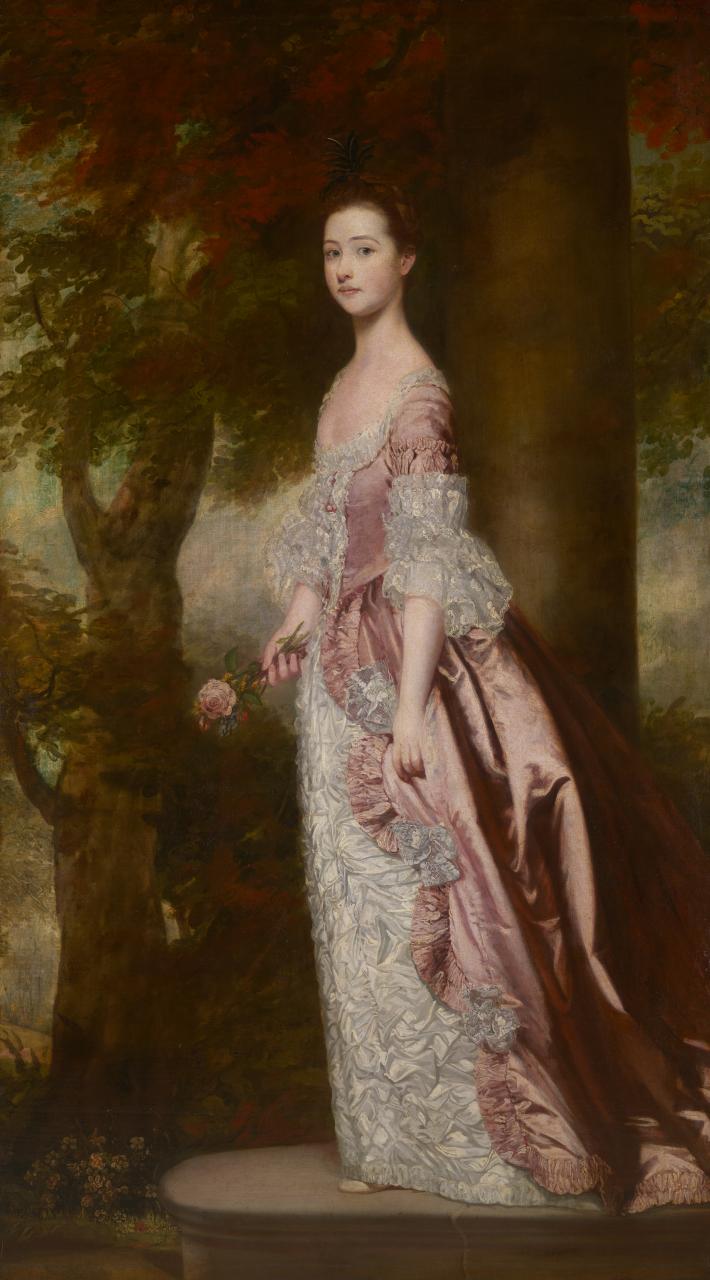 In the early 1760s, when Joshua Reynolds painted this portrait of the young Susanna Gale, daughter of a British sugar planter in Jamaica, his success as a society portraitist was rapidly growing. With around 130 sitters per year, Reynolds conducted as many as eight one-hour portrait sittings a day. Susanna Gale, who came to London to complete her education, would have sat for Reynolds at his expansive new house and studio in Leicester Fields before returning to Jamaica, where she married in 1769.

Reynolds’s widespread reputation in the 1760s was due in part to the informal grandeur of his portraits, achieved by borrowing poses and settings from Old Masters, such as Anthony van Dyck. Reynolds had mezzotints made of his portraits, which were displayed in engravers’ windows and sold as works of art in their own right – evidence of the painter’s business acumen at a time when public exhibiting venues were scarce in England. He also kept a portfolio of mezzotints of past portraits to show prospective clients. Reynolds’s portrait of the fourteen-year-old Susanna Gale relates to a portrait of Mrs Thomas Riddell from c. 1763 (Laing Art Gallery, Newcastle upon Tyne), which in turn derives from that of the Marchesa Elena Grimaldi from 1623 by van Dyck (National Gallery of Art, Washington). To reduce the tedium of lengthy sittings and to boost his rate of production, Reynolds concentrated on his sitters’ faces and hands. He then borrowed his clients’ garments, which were fitted onto wooden artists’ dummies and painted by studio assistants.

Reynolds has placed Susanna upon a masonry platform as a ‘living statue’ in a russet garden setting. Her gown, in ruched white and pink silks, reflects the latest Paris styles and is chosen to set off her fine complexion. Her straight and noble bearing, highlighted by the column behind her, reveals the refinements of a London education, designed to enhance a young girl’s prospects of a ‘good marriage’.