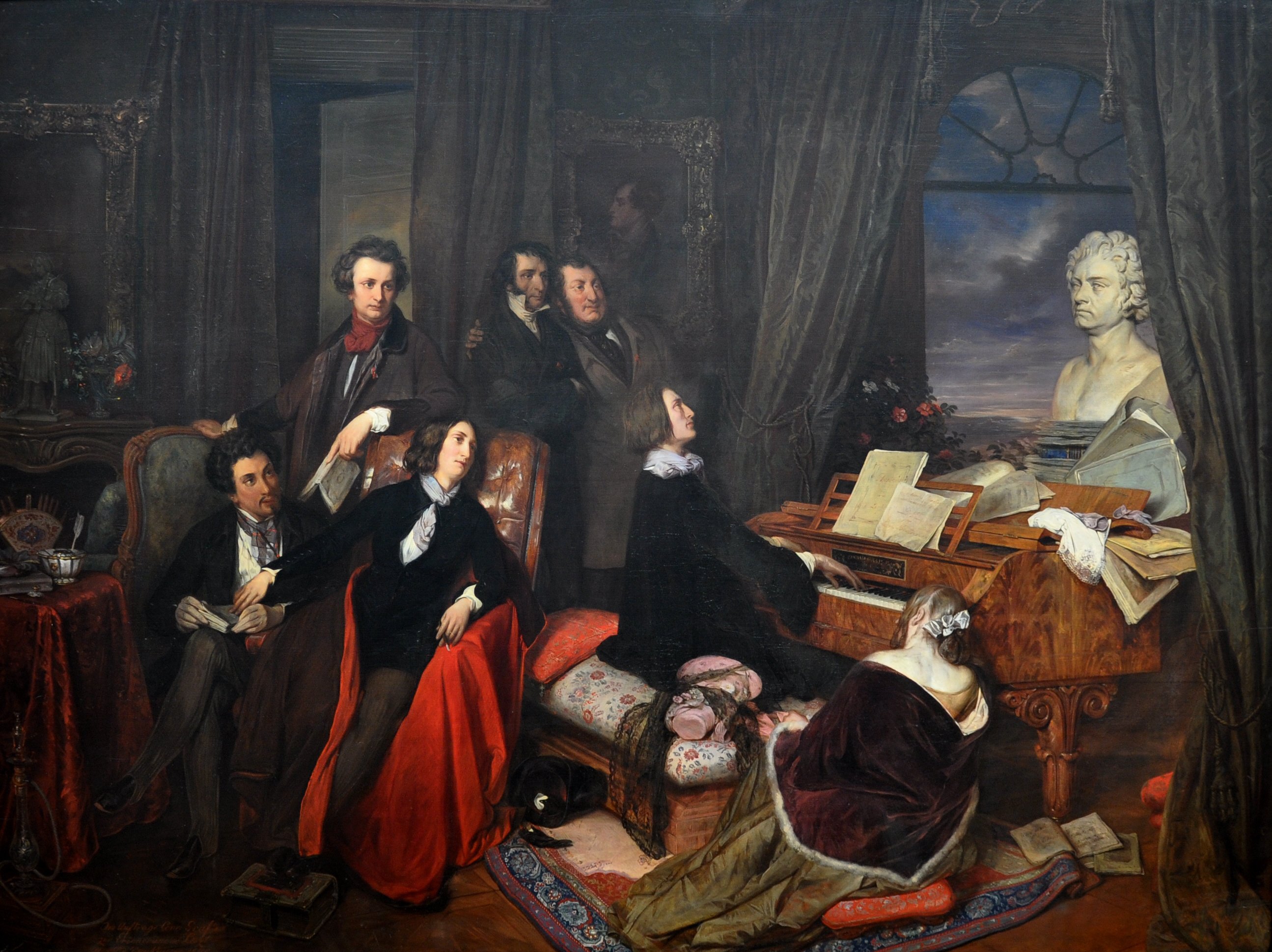 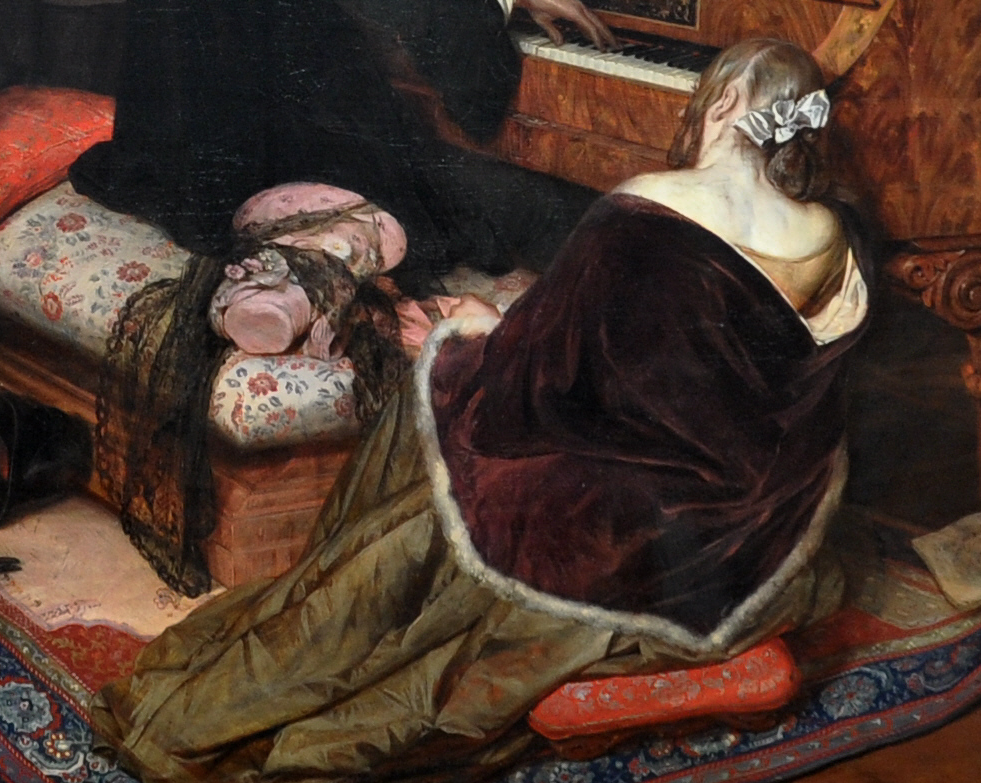 Liszt at the Piano Josef Danhauser, 1840

” Josef Danhauser, was an Austrian artist who was born in Vienna in 1805 and died there in 1845.  He was a great devotee of Beethoven and made a death mask of the famous composer in March 1827; in 1840 he gave a plaster replica of the mask to Franz Liszt, who was another Beethoven aficionado. As a painter, Danhauser was best known for his portraits, especially those of other artists.

The painting Liszt am Flügel (Liszt at the Piano), completed in 1840, was commissioned by the piano maker Conrad Graf (1782-1851). An article entitled Danhauser’s neuestes Bild giving all the compositional details of the painting was published in the Wiener Zeitung on 13 May 1840.

Franz Liszt is shown playing the piano for six of his friends, all of which are notable Romantic artists.  In the room from left to right are two groups of three artists each:  from the literary realm are the novelists George Sand (dressed as a man, reclining in an armchair and smoking a cigar), Alexandre Dumas, Sr. (sitting beside Sand) and Victor Hugo (leaning on the back of Sand’s chair); from the musical realm are the violinist Nicoló Paganini, the opera composer Gioachino Rossini, and, of course, the composer/pianist Franz Liszt.   The seventh person, sitting at Liszt’s feet, is his mistress Comtesse Marie d’Agoult; she was the mother of Liszt’s daughter, Cosima, who later would became Richard Wagner’s wife. The symbolic presence of the two greatest artists of the Romantic Era are also depicted, i.e., Byron and Beethoven. Lord Byron, perhaps the greatest and certainly the most famous poet of the Romantic Era, is represented by a portrait hanging on the wall — presumably a copy of the famous drawing by George Harlow.  Ludwig von Beethoven, the greatest musical composer of the Romantic Era, is depicted by a luminous bust which is remarkably similar to the famous 1821 bust of Beethoven by Anton Dietrich.

Other details of the painting include the following: 1) on the left is a table holding a small statuette representing Joan of Arc; 2) On the piano music stand are scores for a Fantasia by Liszt, as well as the Marcia funebre – Sulla morte d’un Eroe by Beethoven; and 3) On the floor near Marie d’Agoult are several music scores including one that is open bearing the inscription: dédié a son élève Liszt – C. Czerny, a teacher and family friend of Liszt. ”