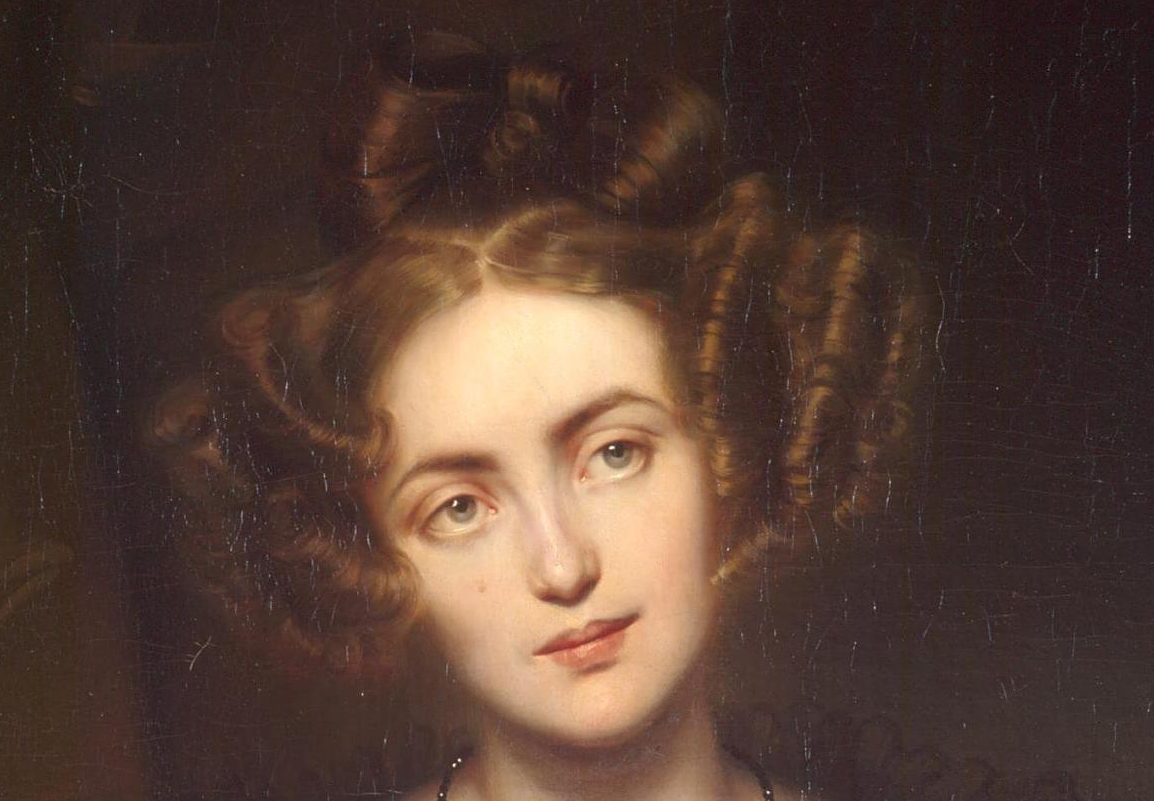 Henriette Sontag (1806-1854) was a German coloratura soprano. She made her debut in 1824 but left the stage in 1830 upon her marriage, returning to the theatre in 1848 and once again performing with great success in many cities across Europe and North America. Delaroche depicted Sontag in the costume of Donna Anna from Mozart’s opera Don Giovanni. This role, which the singer first performed in Paris in 1828, was one of the best in her repertoire. The strict composition is softened by the gentle incline of the head. The thoughtful dreamy gaze endows the face with a melancholy sadness. The Hermitage painting is a reduced replica of the picture which was earlier kept in the Dresden Picture Gallery and perished during the Second World War.