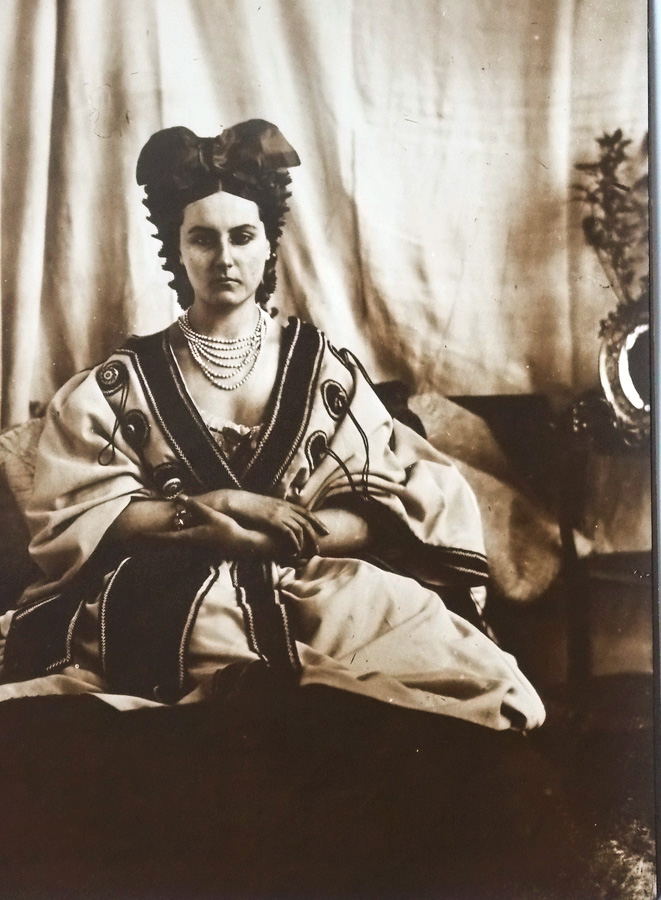 The mysterious Countess de Castiglione, Napoleon’s lover, political moll, femme fatale. Contrarily to common use, the countess chose her costumes, expressions, gestures and even the angle of the shot. She also defined the end product: portrait, calling card or painted print. She named each shot, sometimes after characters or scenes of contemporary theatre or opera. Virginia de Castiglione left a real imprint on her epoch: photographs of her regularly illustrated publications of the time. She was behind some 500 photographs made during a 40-year collaboration (1856-1895) with the photographer of the Imperial Court, Pierre-Louis Pierson.

In 1844 Pierson began operating a studio in Paris that specialized in hand-colored daguerreotypes. In 1855 he entered into a partnership with Léopold Ernest and Louis Frédéric Mayer, who also ran a daguerreotype studio. The Mayers had been named “Photographers of His Majesty the Emperor” by Napoleon III the year before Pierson joined them. Although the studios remained at separate addresses, Pierson and the Mayers began to distribute their images under the joint title “Mayer et Pierson,” and together they became the leading society photographers in Paris.

Pierson’s 1861 photographs of the family and court of Napoleon III sold very well to the public. Pierson and Léopold Mayer soon opened another studio in Brussels, Belgium, and began photographing other European royalty.

This photograph was actually printed by the Braun studio after one of Pierson’s daughters married into the Braun family in 1873 and the two studios united in 1878. Apparently, Pierson gave his negatives as a wedding gift. Most other prints are modern ones from the glass plate negative, tiny cdv’s, or ones from the Braun studio like this one. The Braun prints are rare and apparently were made around the 1930s.