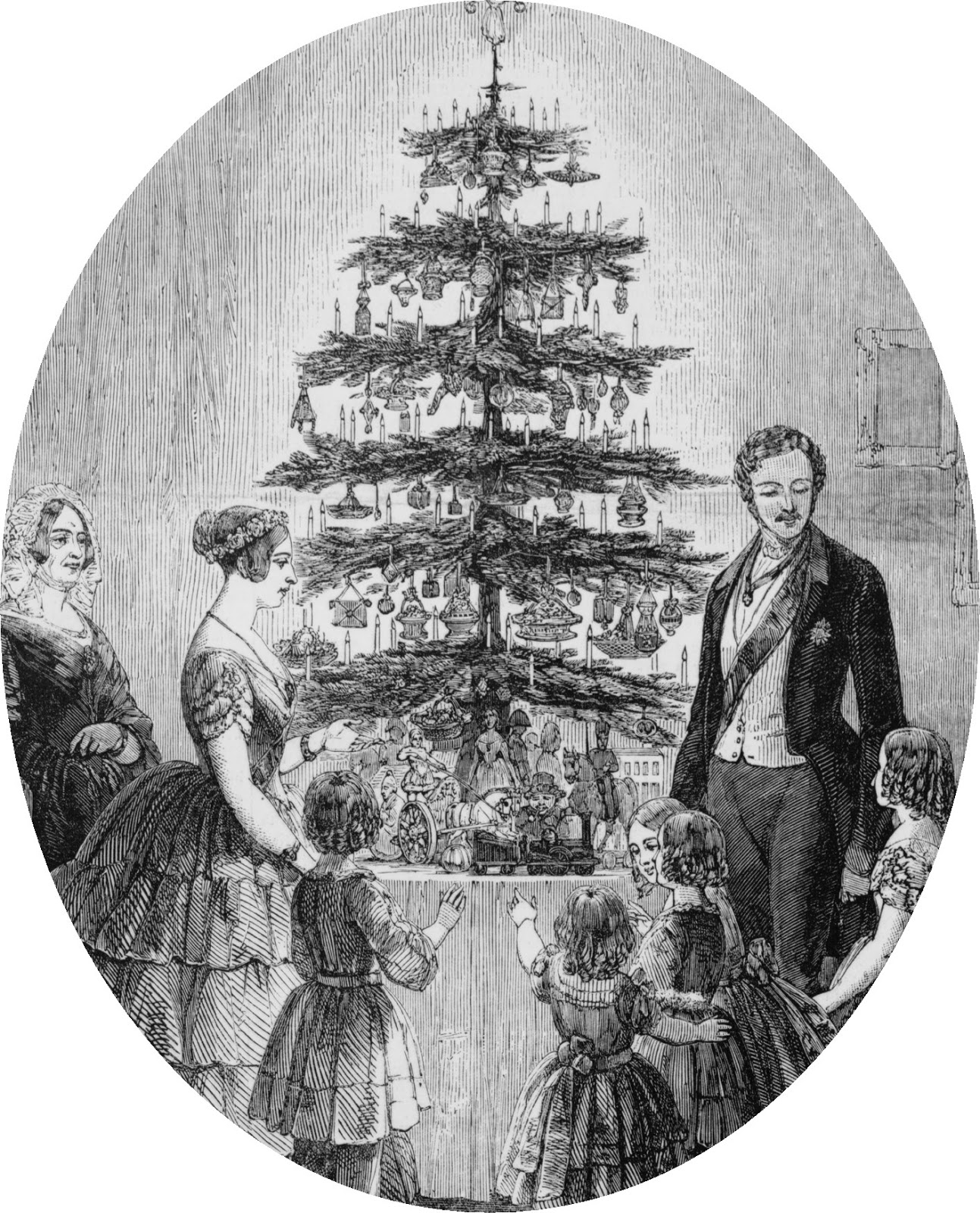 Christmas trees did not become fashionable in Victorian England until after the Illustrated London News printed an engraving of Queen Victoria, Prince Albert and their family gathered around their Christmas tree at Windsor in 1848. This has led to some people wrongly attributing the introduction of Christmas trees to Prince Albert, whereas they were already well-established in the Christmas celebrations of the royal family by this time.

There is a variation to the above image:

One of the earliest recognized images of an “American” Christmas scene with a decorated tree appeared in Godey’s Lady’s Book in 1850. The scene actually shows a modified version of the image of Queen Victoria and Prince Albert gathered around their Christmas tree in 1848. The engraver left out the Queen’s crown, and Prince Albert’s mustache. It is believed that this image, re-printed through the 1850s, gave housewives throughout the country the push to have decorated Christmas trees in their homes during the Victorian era. 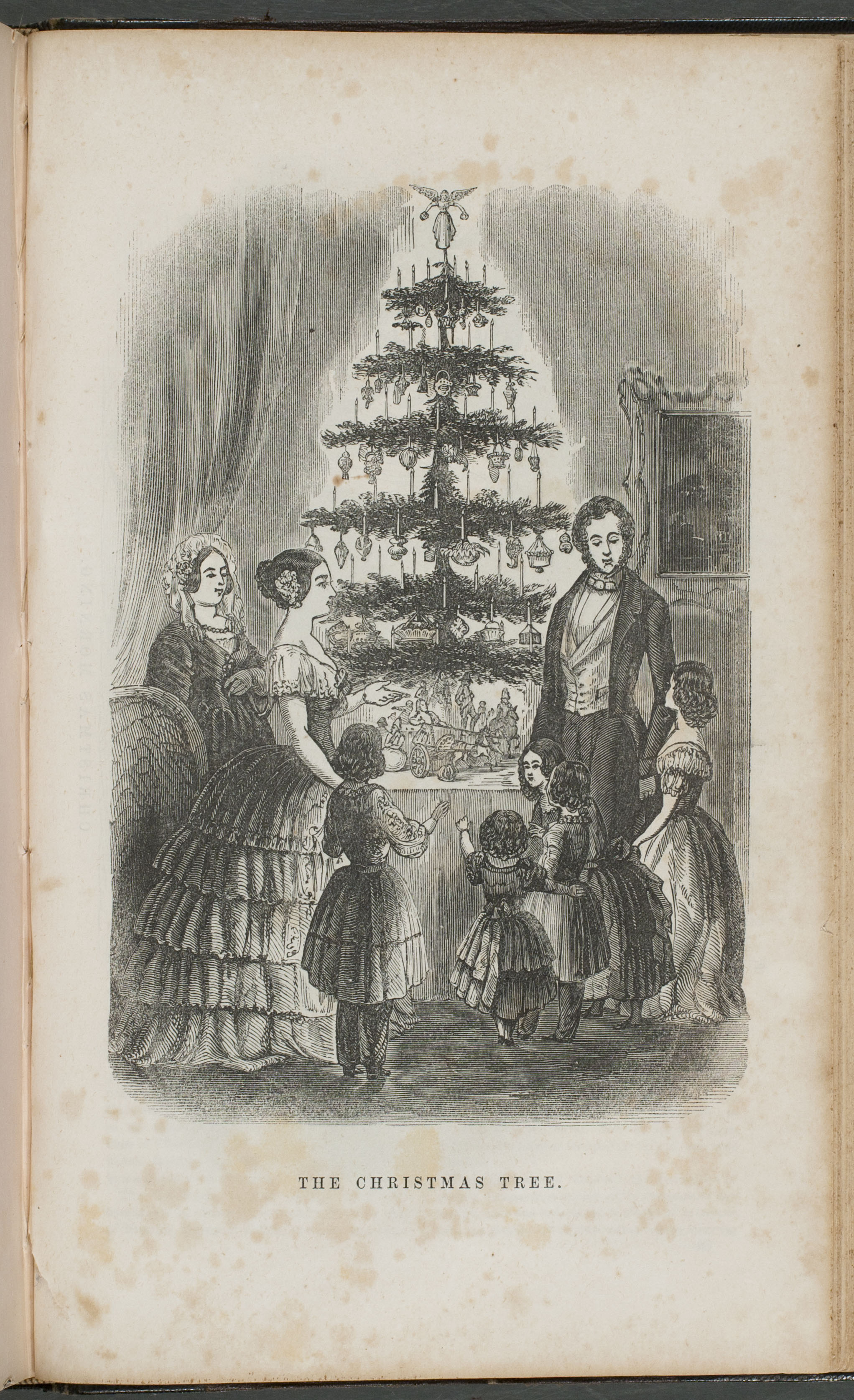 The modern American versions of both Thanksgiving and Christmas began to take shape during the Civil War period, and both traditions owe much to the editor of Godey’s Lady’s Book, who lobbied regularly for Americanized holidays. The magazine at Christmas, 1850, printed the first widely-circulated picture in America of a decorated Christmas evergreen; it was a repurposed 1848 engraving of the British Royal Family with their tree at Windsor Castle which had been published in The iIllustrated London News. Reprinted throughout the 1860s, the image became the iconic picture of an American Christmas tree.

Via: Regency History, Past is Present, Randolph History