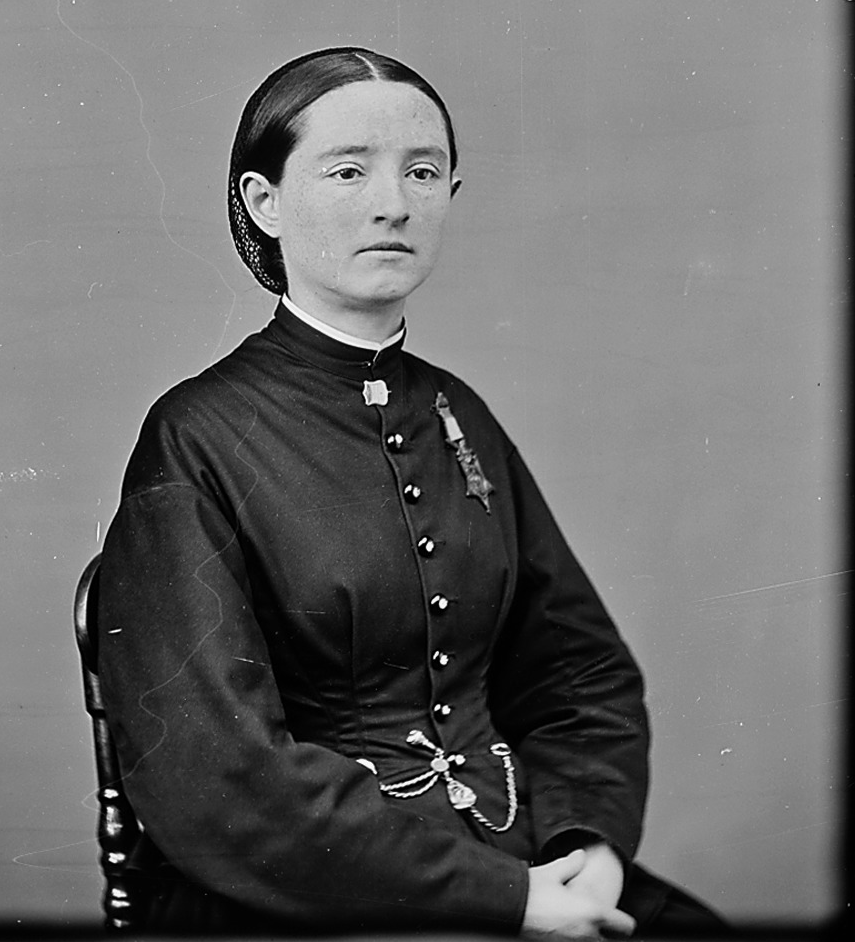 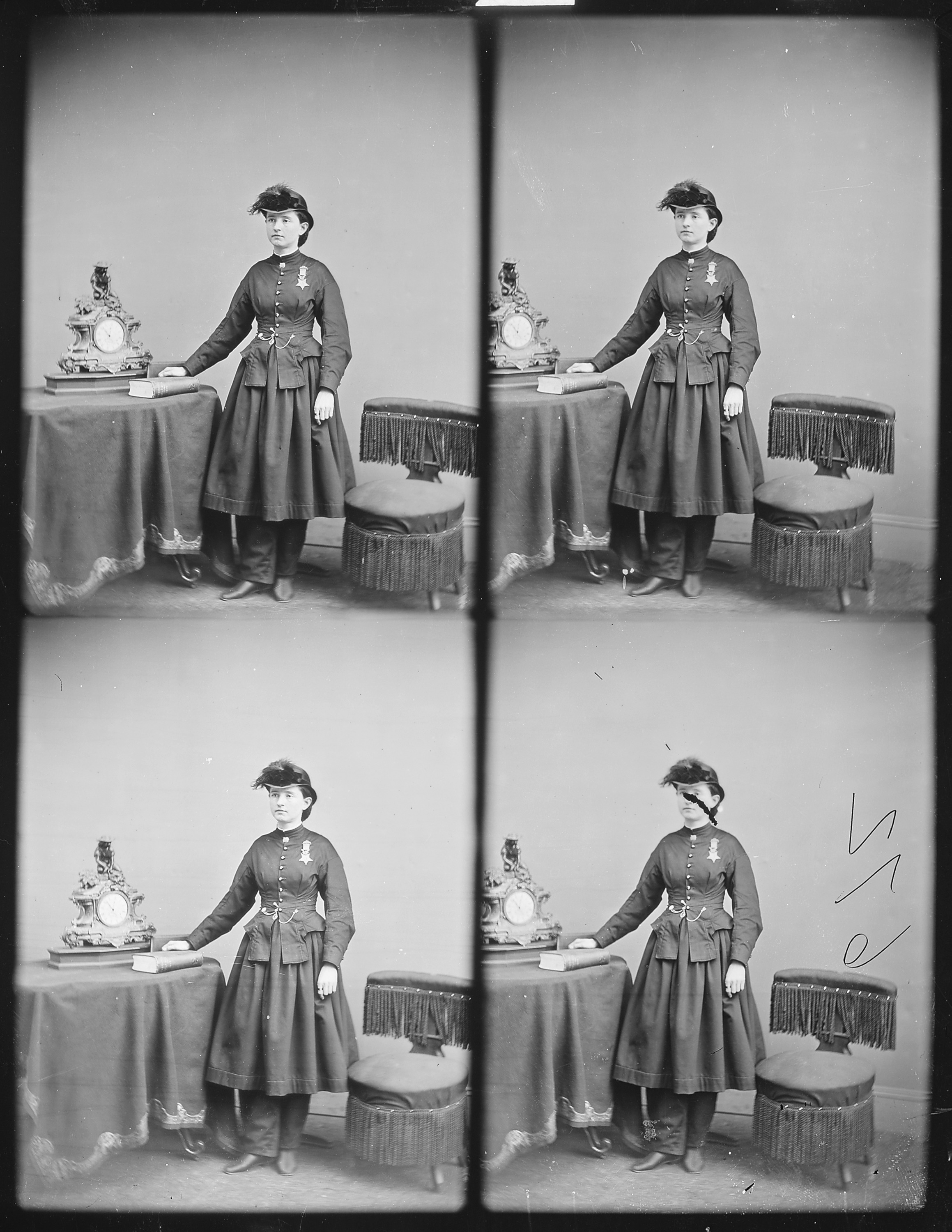 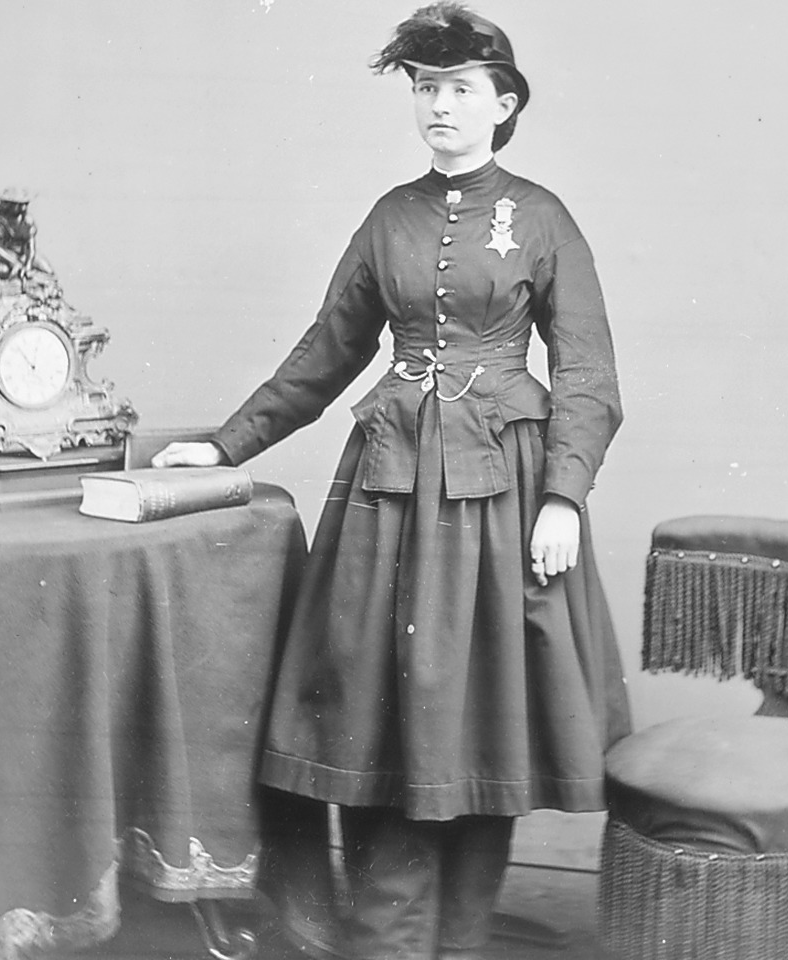 Via U.S. National Library of Medicine:

Dr. Mary Walker was an outspoken advocate for women’s rights, and the first woman ever awarded the Congressional Medal of Honor. In a period of confusion about the rightful recipients of the award, the medal was revoked two years before her death. Dr. Walker remained proud of her service and her contributions to the campaign for women’s rights, and 1977 Congressional reappraisal of her achievements led to the restoration of the honor.

Mary Walker was born in Oswego, in upstate New York, in 1832. She was the fifth daughter of Alvah and Vesta Whitcomb Walker, and all children were encouraged to pursue their education. She and her sisters originally went into teaching after completing their studies, but Mary Walker enrolled in Syracuse Medical College at the end of her teenage years. She graduated with a doctor of medicine degree in 1855.

Dr. Walker went into private practice and married Albert Miller, also a physician, and the couple moved to Rome, New York. At the outbreak of the Civil War, she volunteered in Washington to join the Union effort, and worked as a nurse in a temporary hospital set up in the capital. In 1862, Dr. Walker went to Virginia to provide medical care to the wounded, and in 1863 she was briefly appointed surgeon in an Ohio Regiment. The stories that surround this period of her life are undocumented, but in the summer of 1864, she was apparently a prisoner of war exchanged for a Confederate soldier. Some sources suggest she allowed herself to be captured in order to spy for the Union army, but there is little evidence to support this claim. In September of 1864, Dr. Walker was contracted as acting assistant surgeon with the Ohio 52nd Infantry.

In 1865 Dr. Walker was awarded the Congressional Medal of Honor for her work during the Civil War. She was the first woman to receive the award, although her name was removed from the honor list of awardees in 1917, along with others, when the terms used to designate eligibility for the award were reappraised. She refused to surrender the medal, however, and continue to wear it for the rest of her life. In 1977, thanks to the efforts of her family and a Congressional reappraisal of her achievements, the honor was restored.

In the mid-nineteenth century, as women were campaigning for a more public and professional role in society, clothing became a central issue in the struggle for women’s rights. Feminists argued that tight corsets and long heavy skirts were bad for women’s health and even designed to limit the possible activities that women could undertake. Amelia Bloomer, a campaigner for women’s rights and a publisher, took to wearing a homemade dress and trouser combination that provided greater movement without compromising ‘female modesty.’ The Bloomer costume, as it came to be known, was quickly taken up by other feminists, and abandoned almost as quickly once it became obvious that the clothing was causing more of a stir than the politics. Many women experienced harassment when wearing the costume out in public, and the newspapers were filled with derogatory cartoons lampooning the outfit and its proponents. Twenty years later, as the suffragette movement’s call for votes for women drew national attention, dress reform again became a topic of public debate, but this time, feminists were wary of the bloomer controversy and tended to disassociate themselves from women wearing any version of the costume. Dr. Mary Walker wore the bloomer dress until the late 1870s, when she began dressing in men’s clothes. She was arrested for impersonating a man several times, although she argued that Congress had awarded her special permission to dress in this way.

Despite the controversy surrounding her career and her politics, Dr. Mary Walker was proud of her accomplishments as a physician and an advocate for women’s rights. As she concluded in 1897, “I am the original new woman…Why, before Lucy Stone, Mrs. Bloomer, Elizabeth Cady Stanton and Susan B. Anthony were—before they were, I am. In the early ’40’s, when they began their work in dress reform, I was already wearing pants…I have made it possible for the bicycle girl to wear the abbreviated skirt, and I have prepared the way for the girl in knickerbockers.”