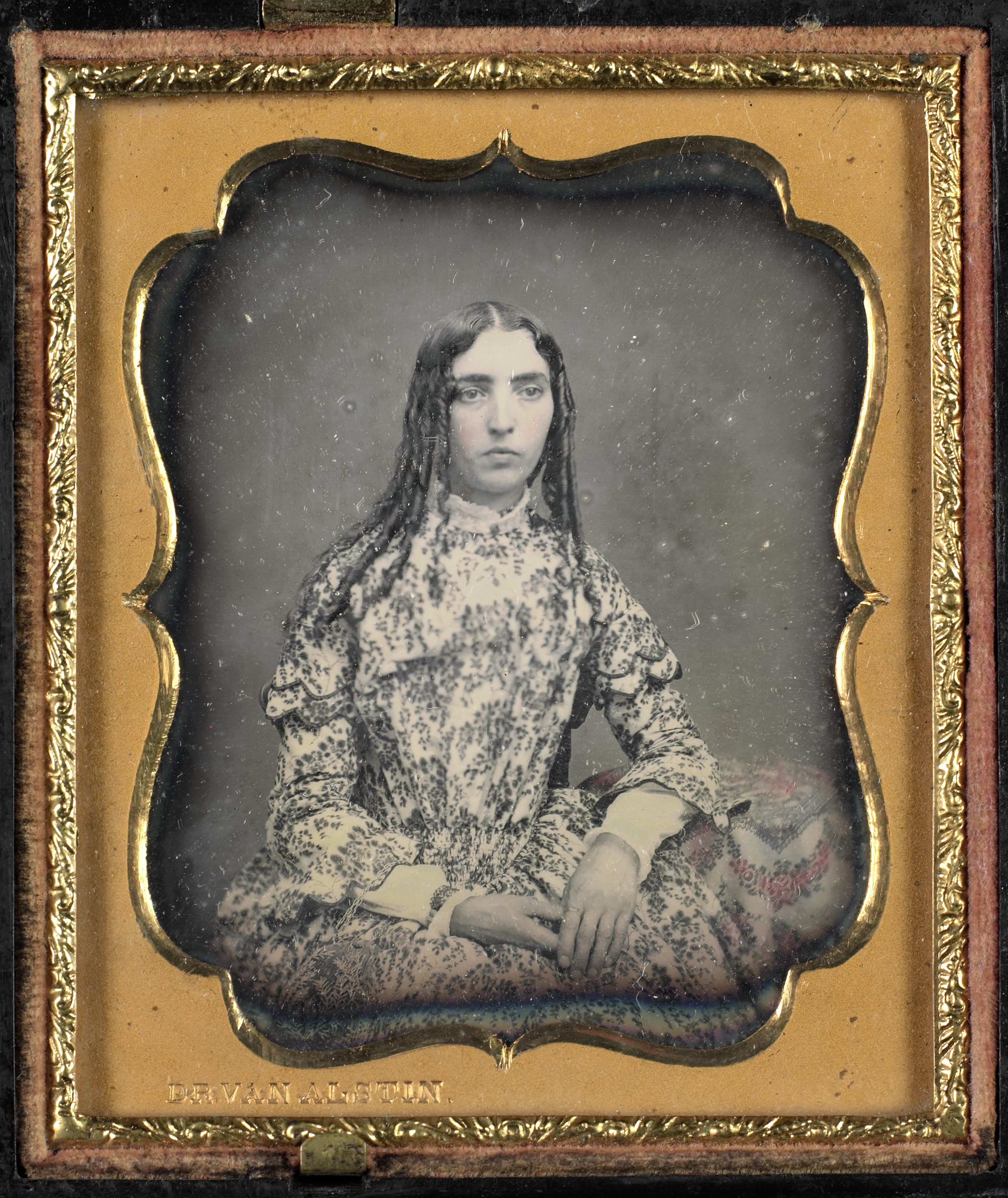 Dr. Van Alstin (Andrew Wemple Van Alstin) may have been a daguerreian in Worcester, Mass. as early as 1843, having learned the process from G. Adams, This is probably the same as “A.W. Vanalston,” listed as a daguerreian in the Wentworth Building, Lowell, Mass., in 1845. He was first listed in the Worcester directories from 1848 to 1851 at #9 Brinley Hall. In 1848 he noted he had five years expeience and made his own chemicals. He reported plates cost 21 cents each, as did cases. He had stock for sale, and reported selling 6,000 images the previous year. He also advertised the largest daguerreotype of the moon ever taken. In 1849 he noted he had both the largest and smallest cameras, making daguerreotypes from 18 inches down to 1/16th inch. In 1851 he was listed at 207 Main Street, over the New York Store. In 1853 he was listed at 197 (or 207) Main Street. In 1853-1854 he employed T. Hathaway at the gallery, while he traveled the world collecting bird specimens to display in the gallery. From 1855 to 1858 he was listed at 197 Main Street.

NAKED DAGUERREOTYPES. — On Monday Mr. A. W. Van Alstin, a daguerreotypist in Lowell, Mass., was arrested and held in bonds of $600 for his appearance for trial at the Criminal Court, for having “taken daguerreotype likenesses of naked females, full length and in various positions, exhibiting the same and offering them for sale.” A cab driver named Butler, was also arrested, and held in $300 bonds, for having and exhibiting one of Van Alstin’s pictures.

Note the nice details of the Young Lady’s attire: hair jewelry bracelet worn over the white undersleeves, the scalloped edge of the sleeves, a handbag with a clasp closure, and the fan bodice over the pleated skirt. 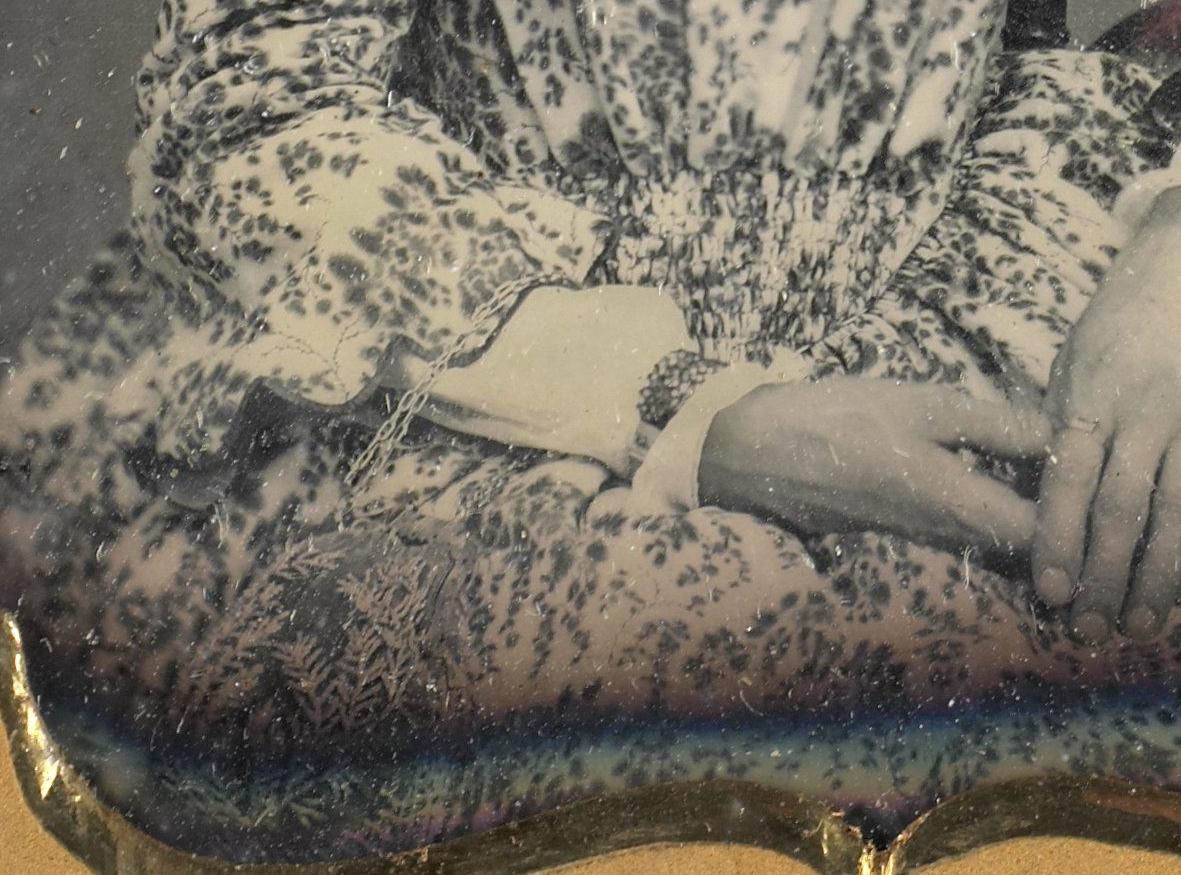 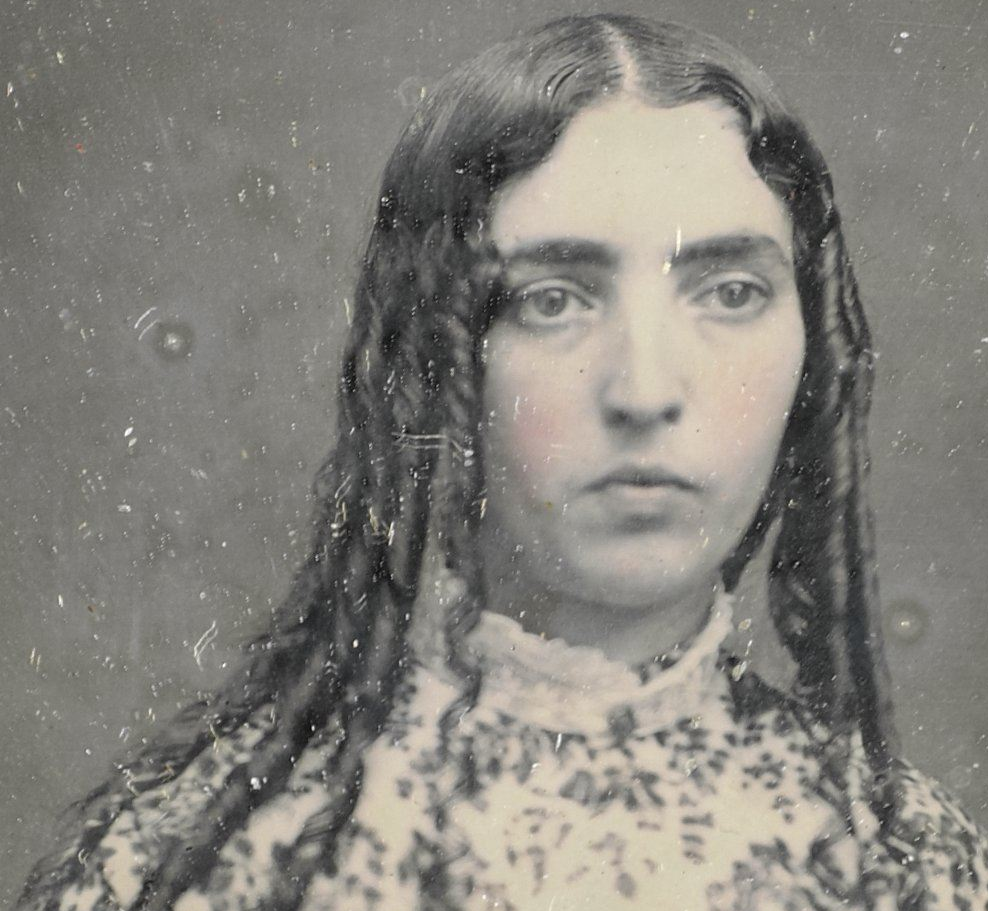