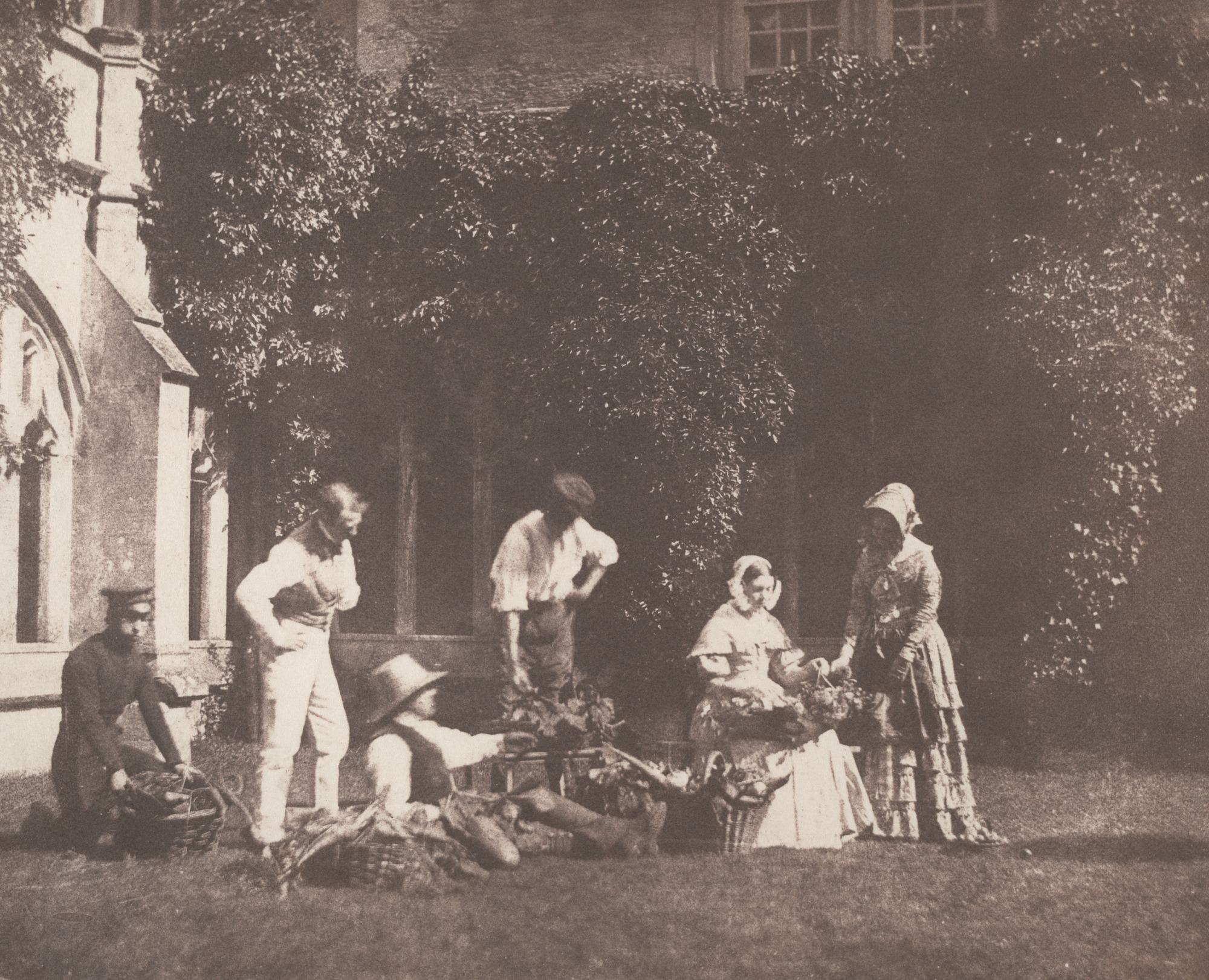 This is a rare “Modern Calotype” printed in 1989 for the 150th anniversary of the 1839 invention of photography. Printed from the original calotype negative using the same methods that Fox-Tabot used, at Lacock Abbey. This copy is labeled on the reverse “Modern Calotype”, Do Not display in direct sunlight” Apparently, a limited number of these calotypes were produced and sold by the Sunday Times, London, in 1989.