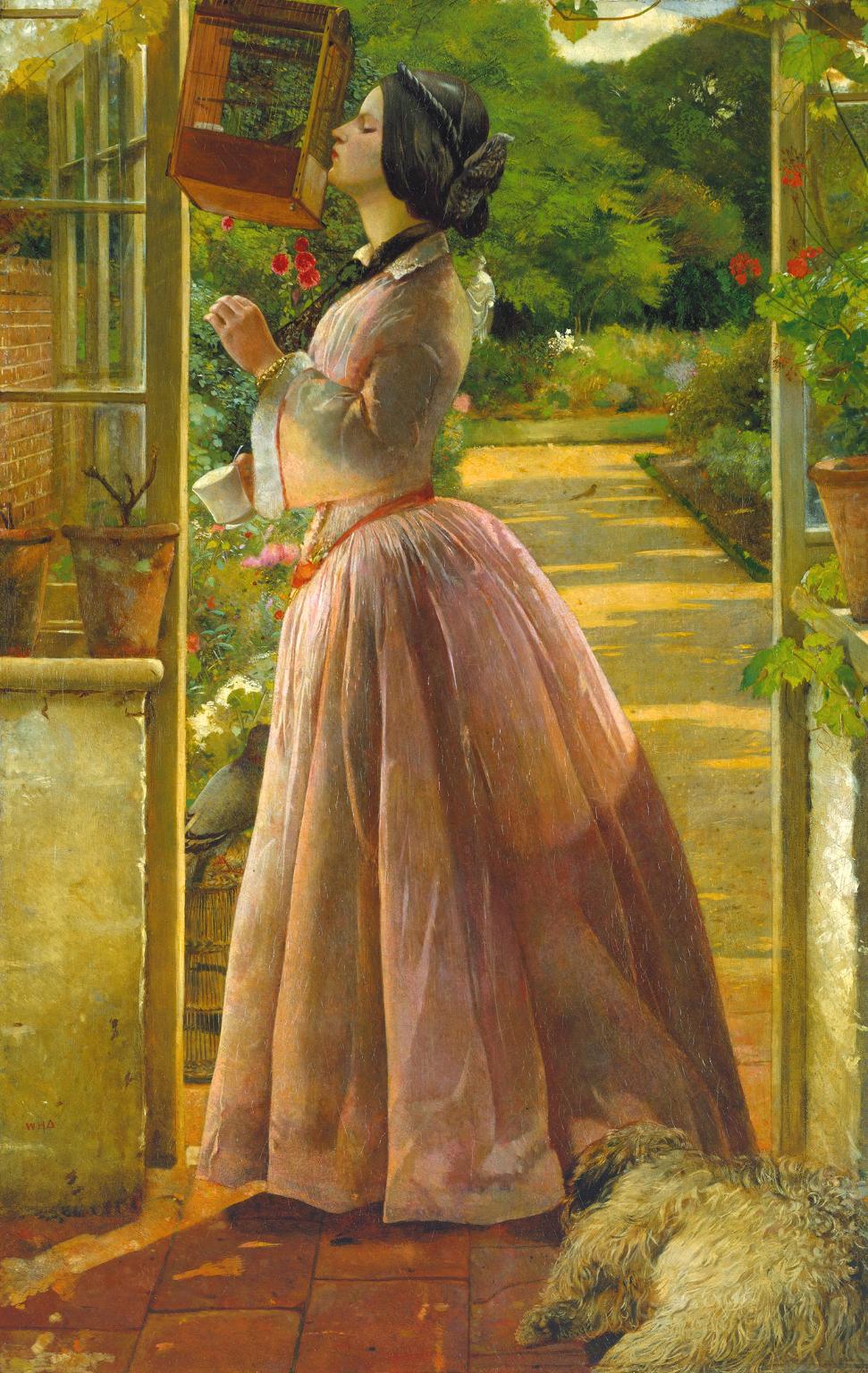 When this picture was first exhibited it was accompanied by a quotation from ‘Leaves from the Note-Book of a Naturalist’ by W.J.Broderip: ‘But after all, it is very questionable kindness to make a pet of a creature so essentially volatile.’ An early associate of the Pre-Raphaelite Brotherhood, Deverell’s first pictures were characterised by their clarity of vision. ‘A Pet’, with its more painterly approach and with a subject which recalls fashionable ‘fancy portraits’, shows Deverell moving towards the mainstream of British art. Deverell died young. His memory was much cherished by friends and associates. In 1895, Burne-Jones and his wife bought ‘A Pet’ partly ‘as a link with a time of which we had often thought’.