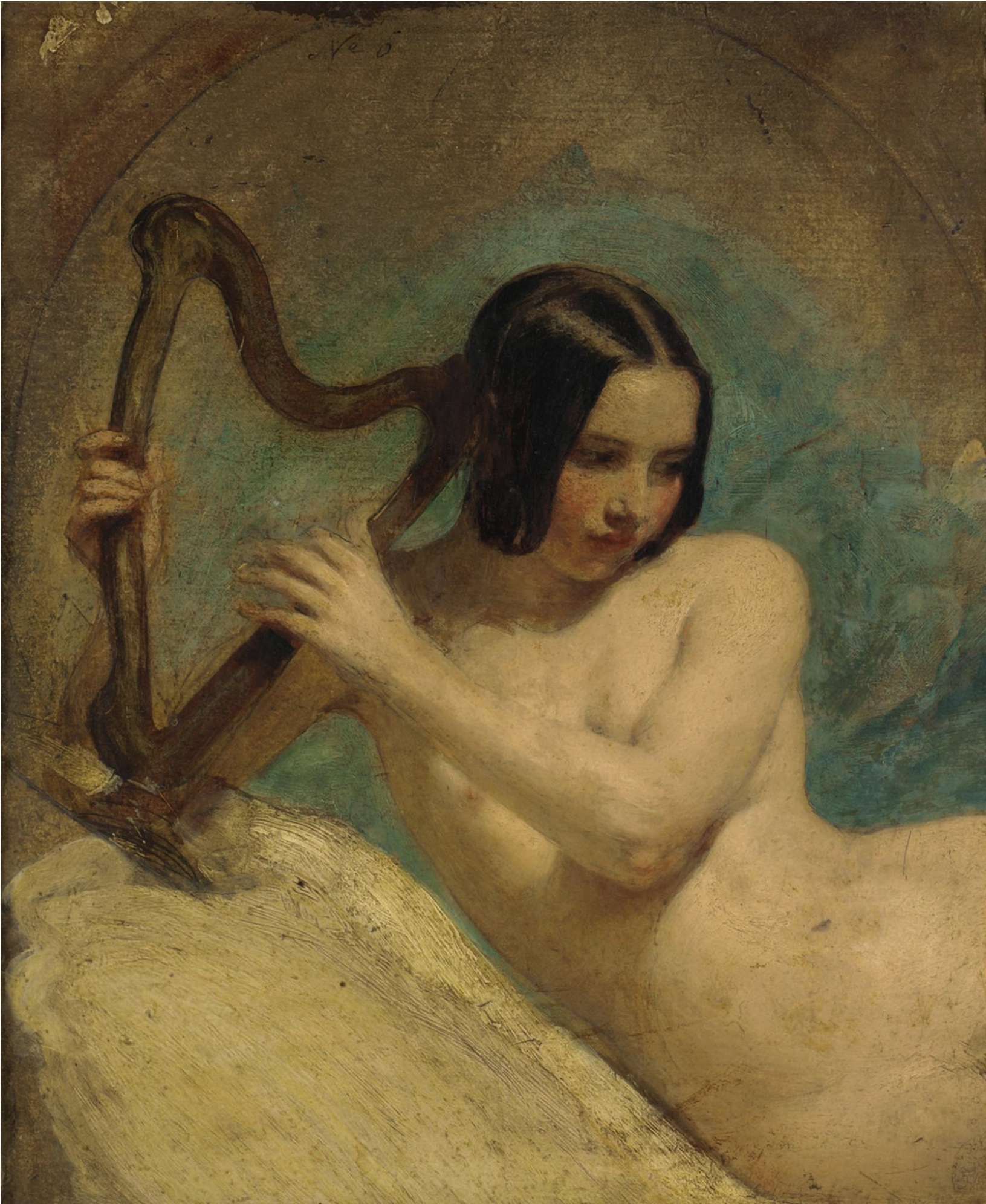 Frost is the most well-known of William Etty‘s followers and like Etty, his ouevre is chiefly of portraits and studies of the nude, often of mythological subjects. A talented student at the Royal Academy Schools, he was awarded a gold medal in 1839 for Prometheus Bound by Force and Strength and four years later he won £200 for his design for a decoration at the Houses of Parliament depicting Una Alarmed by Fauns and Satyrs, an illustration to Edmund Spenser’s Fairie Queen. He became a Royal Academician in 1870, presenting Nymph and Cupid as his Diploma work. The popularity of his sylvan and bacchanalian paintings based upon the writings of Milton and Spenser, led to Queen Victoria’s purchase of a painting entitled Una in 1847.

In Greek mythology Terpsichore, was the Muse of the Dance and mother of the alluring sirens. She is usually depicted seated and playing a lute, as she is here in Frost’s painting. The fashionable 1850s hairstyle gives the painting a contemporary element which also adds a note of eroticism as the girl depicted is clearly a Victorian model in the guise of a classical figure.