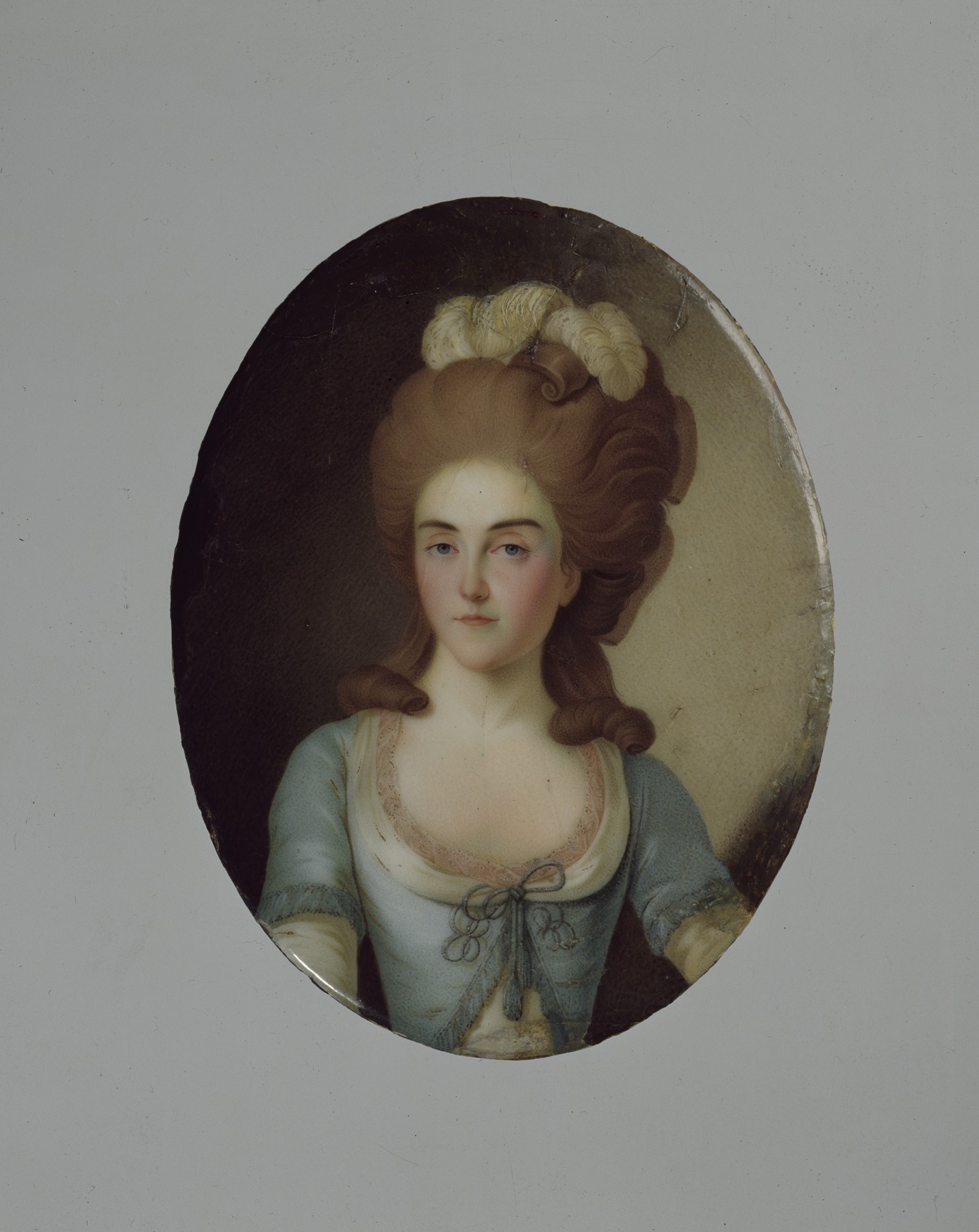 The young woman depicted in this miniature is elegantly rendered in soft colors, with her light brown hair arranged in a high coiffure. She is wearing an apple-green dress with a white collar. The miniature entered the Walters collection with the provenance that it had been painted by “Jarvioff.” This is no doubt Petr Zharkov, a member of the Academy of Arts and a miniaturist primarily on enamel. Zharkov headed a class in miniature painting established at the Academy in 1783 and another specifically for painting on enamel that entered the curriculum in 1791, where one of his students was Petr or Pietro de Rossi. He painted several miniatures of Catherine the Great, only one of which survives. In fact, only five miniatures by him, including this one, are known (G. N. Komelova and G. A. Printseva, “Portretnaia miniatiura v Rossii XVIII-XIX vekov,” Moscow: Khudozhnik RSFSR, 1988, p. 23). Roznatovskaia was the wife of a collegiate advisor and Tula landowner, Efim Vasil’evich Roznatovskii (G. N. Komelova, “Petr Gerasimovich Zharkov,” in “Russkoe iskusstvo vtoroi poloviny XVIII- pervoi poloviny XIX v.” Moscow: Nauka, 1979, p. 160-161).