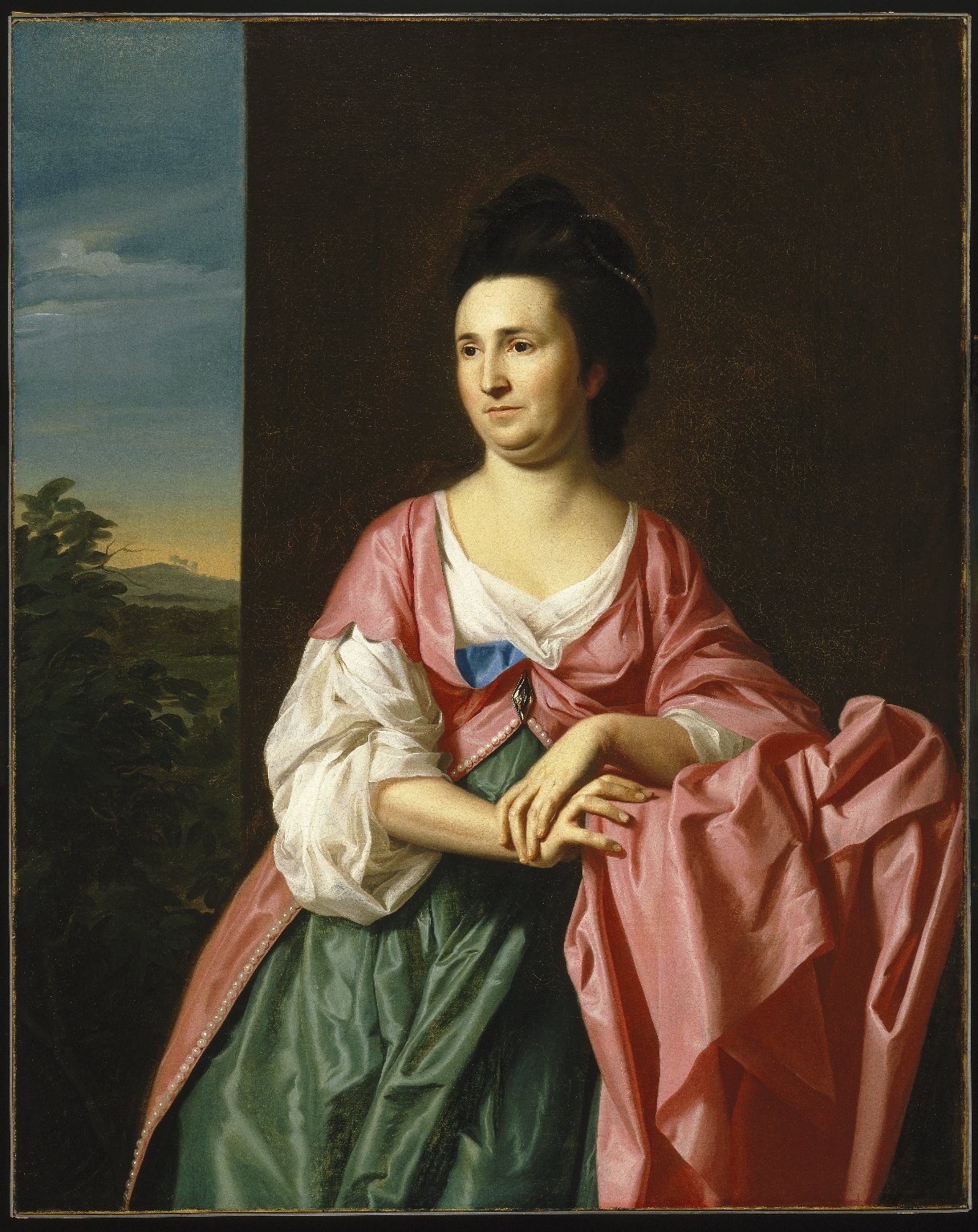 About 1760 Miguel Cabrera painted Doña María de la Luz, a Creole patron of well-known lineage, without the lengthy biographical inscription that often appeared in portraits of the period. His subject wears a fine silk brocade dress enhanced by jewelry and many chiqueadores, or glued false beauty spots made of black velvet.

John Singleton Copley, on the other hand, depicted his wealthy Boston sitter in a daring costume à la turque, which was all the rage in London and undoubtedly served to attest to Mrs. Gardiner’s social status and modern taste. Her rather impassive gaze and exuberant wardrobe—traits she shares with her Spanish colonial counterpart—were at this moment hallmarks of prevailing taste in both empires.